Our dog is named Rufino, we adopted him in 2020. At 16 years of age, he still has the desire to play, run and even tease the cat. I have had dogs since I was a child, but in recent years we decided that we would only take in difficult animals to adopt, so we have a blind cat and an elderly dog. Adopting an adult dog has challenges and benefits that, without a doubt, can make the life time you spend in the company of your canine friend very interesting.

When we think about which dog to adopt, the first impulse is to look for a puppy. They are so adorable, playful, and seem so helpless and harmless, it’s hard to resist their charms. But after taking it home there is a long way to learn for both the dog and the family, a path that perhaps an adult dog can facilitate.

According to my experience as a “dog person” and with the World Animal Protection, these are some reasons why adopting an adult dog may be a good option:

They are very grateful. If a dog is grateful in itself, an adopted dog, and even more so in adulthood, it is twice as grateful. I firmly believe that the dog is a species that, after living so closely with humans for hundreds of years, has learned many more behaviors than we imagine; the gratitude and fidelity between them. It is as if the dog knows that you have given him a chance right at the stage of his life when it seemed like there were not many more left, and he will find his own ways to prove it to you.

Adult dogs learn easily. A puppy does not know where to pee or poop, requires vaccinations and constant care as it grows, will require sterilization at some point, needs a lot of exercise to discharge its energy and most likely more than once it will take it out on your clothes, your shoes or the furniture. 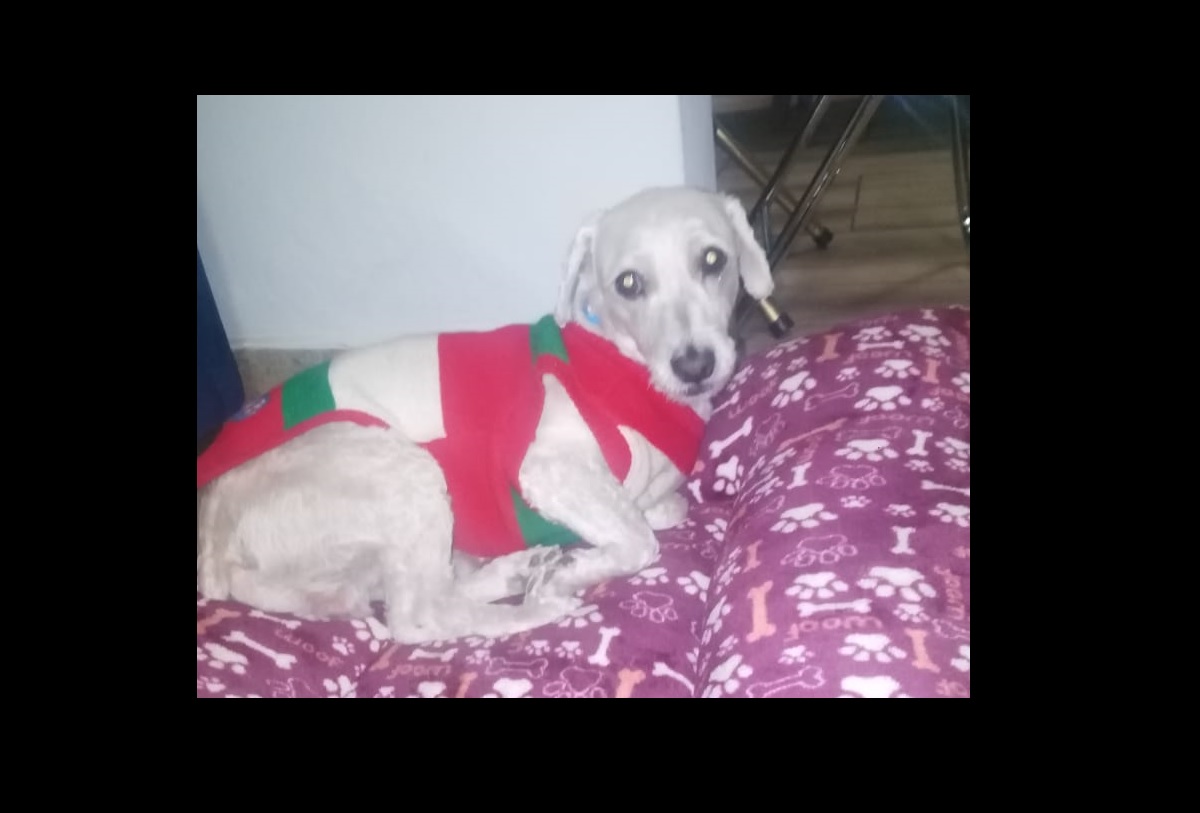 Rufino when he got home.

That is why many puppies and young dogs require going to a training school where they will learn habits of coexistence with humans. Some races learn better than others, but in any case, this it will require time, money, effort and patience from the human family.

In contrast, an adult dog learns easily and often already knows what to do and what not to do. It is simple to teach an adult dog where to relieve himself, where to sleep, where to eat, and generally It will take less time to learn, because you already know well the mechanism of learning something and being rewarded, or to make mistakes and be corrected.

In addition, an adult dog does not have as much energy as a puppy and its destructive impulses have already passed, so they adapt more easily to spaces and routines without having to destroy the house or wardrobe in the attempt.

You can get to know your personality better. Generally, during adoption fairs or in animal shelters they know their dog’s personalities well, so you can look for one that is more or less playful, that can live with children, with other dogs or even with cats. This is more difficult to know in the case of puppies, since their temperament will be formed according to their life experiences.

They are already sterilized and vaccinated. As adults, many of these dogs have already undergone a neuter process and have been vaccinated on various occasions. Many shelters and associations only give them up for adoption when they have previously gone through both processes, regardless of whether they are puppies or adults.

After living for years with geriatric dogs and cats or with physical disabilities, I can say that the biggest challenge in adopting these animals lies in medical care at the end of their lives.

As with all living organisms, that of an adult animal will wear out over the years and will require certain medical care over time. I have had animals that one day have not been able to walk, others that have suffered incontinence, some that have required hospitalization and I have also made the difficult decision to go to humane slaughter when their quality of life is already minimal. For me, it is part of the responsibility of taking care of an animal sibling.

So the last part of their lives is usually the most difficult, but it will be the same when you have adopted a dog from puppyhood. Anyone who works in a shelter or with dogs for adoption will be able to tell you that finding a home for an adult dog is a very difficult taskespecially if you have a disability or are quite old.

By adopting an animal with these characteristics, you give him an opportunity to live his last years accompanied with the love and care that perhaps he could not experience before. And he will surely find a way to thank you for the rest of his days.