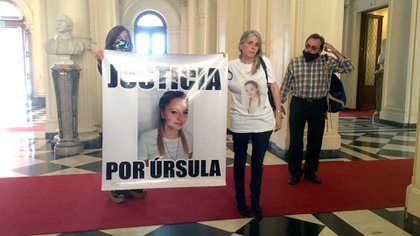 While the social rejection of the actions of Justice in the femicide of Úrsula Bahillo and Not One Less organizes a march to repudiate the reaction of Justice in front of the Courts, President Alberto Fernández received at the Casa Rosada with Patricia Nasutti, the mother of the young woman who was stabbed to death by her ex-boyfriend, despite having repeatedly filed formal complaints.

The President received Nassuti in his office after 3:30 p.m. next to the women ministers, Elizabeth Gómez Alcorta; of Justice, Marcela Losardo; and Security, Sabina Frederic. The woman entered the government headquarters with a large sign that read: “Justice for Ursula.” Upon leaving the Government House, he will participate in the demonstration that the feminist collective called at 5:00 p.m. Not one less under the slogan “For Úrsula and for everyone. Enough of patriarchal justice! Enough of police repression! ”. The women’s group points out that “one out of every five femicides in our country are committed by members of the security forces.”

Patricia nasutti buried his daughter last week at a funeral which was attended by practically all the residents of the Buenos Aires city of Rojas, where Úrsula lived. Meanwhile, the femicide police Matías Ezequiel Martínez, what threatened for months, and then cut the throat and stabbed Úrsula Bahillo, 18, is detained under the charge of “Aggravated femicide”. 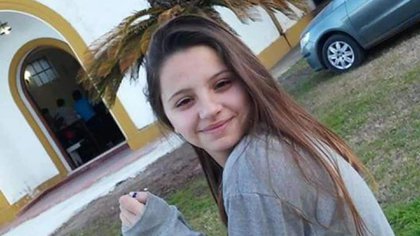 The young woman was 18 years old and had denounced her attacker five times, who ended up stabbing her to death

In Argentina, a woman is murdered just for being a woman every 29 hours, but some femicides have a particular repercussion. That of Úrsula, which occurred on February 8 and continues to provoke social and political reactions, is one of them. Eight days later, there is strong rejection on social networks, including media figures, models and actresses who increased the dissemination of the case.

The President described Úrsula’s femicide, days ago, as “tremendous” Y asked to be “inflexible with the authors.” His government aimed against Justice. From the Ministry of Women, in radio statements, Elizabeth Gómez Alcorta denounced that the Judiciary does not have a gender perspective. And this afternoon Before receiving the girl’s mother, the President convened, by letter, to all the governors of the country “To work together and make every effort to carry out the necessary measures and transformations and thus build a united Argentina against gender violence.” 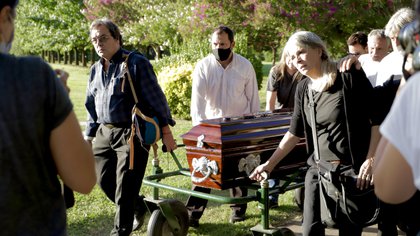 Although the feminist struggle is decades old, issues related to inequality and violence against women became a central part of the Argentine social and political agenda from 2015, with the irruption of the first march of Not one less, and the social reaction was on the rise during the last five years. Since the campaign and during his first year of management, Alberto Fernández took them as part of his agenda. The first sign was the creation of Ministry of women, announced before taking office in December 2019. And at the end of last year, he managed to the legalization of safe and free abortion was approved in the National Congress.

On the weekend, after Úrsula’s femicide, he announced the creation of the Federal Council for the Addressing of Femicides, Travesticides and Transfemicides where she spoke of the “conviction” of the national government to “respond to acts of extreme violence” against women and the LGBTIQ + collective. He communicated it on his social networks, where he published a photo of the meeting he held with the ministers Gómez Alcorta, Losardo and Frederic; today present at the meeting, and the Legal and Technical Secretary, Vilma Ibarra, key official in the negotiations to pass the legal abortion law.

“To put an end to these aberrational events, we need to carry out coordinated strategies between the national government, the provinces and municipalities of Argentina, which help prevent and identify risk situations and guarantee a State that responds quickly”said the head of state. 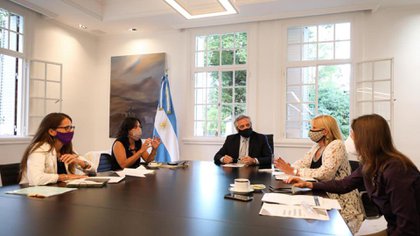 Alberto Fernández with his government officials related to gender issues

The measure received criticism from feminist sectors of the opposition of Juntos por el Cambio, who accuse the President of overacting his reactions to gender violence. “If we have a Ministry of Women, Gender and Diversity, Is it necessary to create a council to address femicides? ”, the former head of the National Institute for Women of the government of Mauricio Macri, Fabiana Túñez. “We continue with jerky photos and announcements, executing the second comprehensive plan announced would be an important advance,” he said.

After the femicide of Úrsula, the group Ni Una Menos called for a demonstration today at 5 p.m. in front of the Courts

Alberto Fernández announced the creation of a body to address femicides, transvesticides and transfemicides