BeagleV is a mini-PC in single board format (SBC) that stands out for the use of RISC-V, a new and promising Open Source hardware architecture, which aims to position itself as an alternative in some fields of use to ARM and also to the producers of x86 chips, Intel and AMD, omnipresent in personal computers and servers.

The launch of the first Raspberry Pi almost a decade ago has caused a revolution in this type of small and inexpensive minicomputer, but with enough power for many fields of use. BeagleV is special because it allows a first approach to the RISC-V architecture, undoubtedly the most promising development in the search for an Open Source processor that the industry needs for some analysts.

It is obvious that this architecture still has a long way to go to reach the consumer market, but it is supported by dozens of large technology companies and must grow in the future. We have already seen some solutions such as the one from PicoRio or the more powerful one from SiFive and now we get something in between, less powerful than it, but at a quarter of its price.

The board features a 1.5GHz SiFive U74 dual-core processor with 2MB of L2 cache and performance that is expected to be on par with what an ARM Cortex-A55 would get. It will be offered in versions with 8 Gbytes of RAM for $ 149 and another with less memory for $ 120. Other features are: 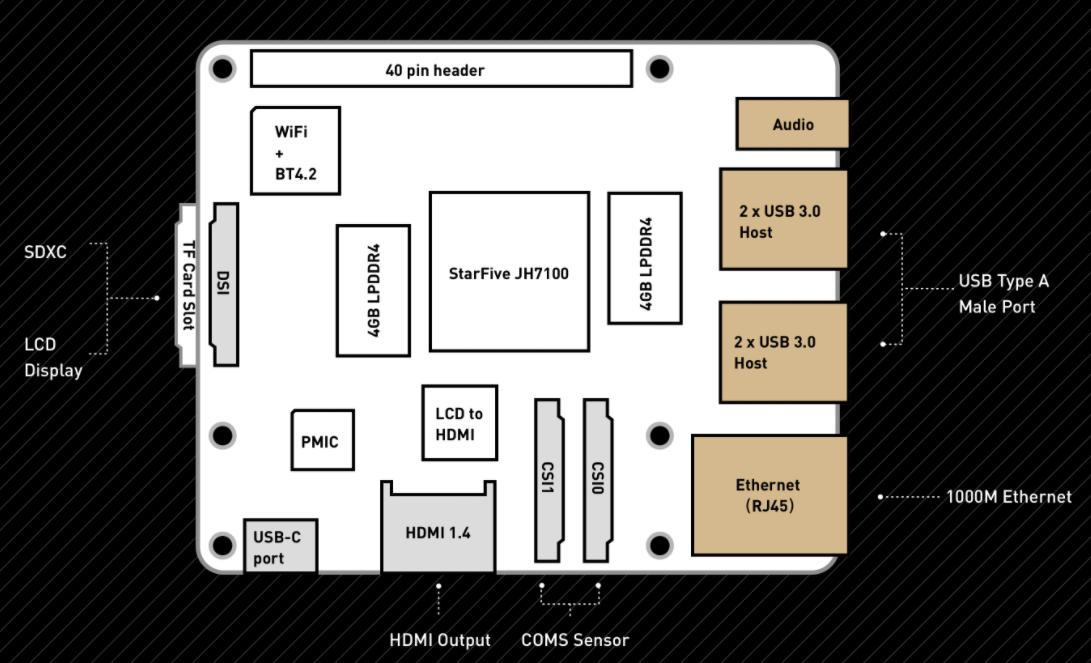 The processor includes a neural engine for hardware-accelerated deep learning and computer vision tasks and supports video decoding up to 4K 60fps (even if the HDMI port does not support video output at that resolution). Developed through a partnership between BeagleBoard.org, Seed Studio, and StarFive, BeagleV should be compatible with Fedora, Debian, and possibly other GNU / Linux distributions for when it ships in the second part of 2021. It will also be compatible with alternative systems such as FreeRTOS.

An interesting development of this BeagleV intended for developers and enthusiasts who seek to approach a RISC-V architecture that is undoubtedly the most promising in the industry in the search for the Open Source processor.