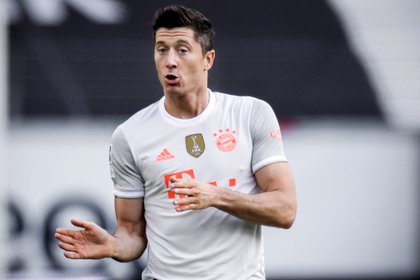 Rome / Berlin, Feb 22 . .- Bayern Munich, champion of everything, begins this Tuesday at the Olympic in Rome against Lazio the direct elimination phase of the Champions League, determined to increase the level after the hangover after the triumph in the Club World Cup with only one destination in mind: the final on May 29 in Istanbul.
Hansi Flick’s men must leave behind a disastrous week in which they gave up five points in the Bundesliga, with a draw against modest Arminia Bielefeld and a loss to Eintracht Frankfurt, reducing their lead over Leipzig to two points. .
The reasons for Bayern’s downturn, just after winning the Club World Cup, undoubtedly have to do with the wear and tear the team had undergone throughout this season and, above all, with a series of sensitive casualties.
The most serious casualty has been that of Thomas Müller, who tested positive for coronavirus when the team was still in Qatar. Without Müller, Bayern is another team, less variable in attack and with less mobility. In addition, it is clear that Robert Lewandowski misses Müller too much with whom he understands blindly.
Another notable loss has been that of the right back Benjamin Pavard, also due to coronavirus.
Bouna Sarr, signed as an alternative to Pavard for that demarcation, has not offered good performance in the presentations he has had so the absence of Pavard leads to improvise as variants such as Niklas Süle as a right back, which was used in the defeat against Eintracht in which the two goals came from his wing.
Süle did not train today due to physical problems so, from what coach Hansi Flick admitted, a possible variant is for Joshua Kimmich to move from midfield to right back.
In addition, Corentin Tolisso, Douglas Costa and Serge Gnabry, who suffered a muscle injury, are not yet in top form due to injury.
On the other hand – after being quarantined by coronavisus – Javi Martínez and Leon Goretzla have returned to the team and reappeared, although only for a few minutes, against Eintracht. Above all, Goretzka’s return to training could be important since, due to his characteristics, he could play a role similar to Müller’s, although he normally plays in a more backward position.
In any case, the plan is for Goretzka to play tomorrow from the beginning and the same could happen with Javi Martínez if Kimmich delays his position to the right back.
Bayern will face Lazio that returns twenty years later to the knockout phase of the Champions League without particular pressure, when facing the champion of everything and dominator of European football, but determined to play his cards with fantasy the Spanish Luis Alberto and the Serbian Sergej Milinkovic-Savic and the goals of the Golden Boot Ciro Immobile.
Simone Inzaghi’s team, one of the most prepared technicians in Italy at a tactical level, already demonstrated in the group stage that it had the capabilities to surprise a priori more prepared teams and managed to defeat Borussia Dortmund 3-1 in the phase of groups.
The team from the capital, 1999 Cup Winners’ Cup champions, advanced to the round of 16 undefeated, after finishing second in Group F with two wins and four draws, behind Borussia Dortmund.
His sources of play are the Spanish international Luis Alberto, who already has seven goals in Serie A (he did not score that much since 2018), and Milinkovic-Savic, a tall midfielder plus one meter and ninety who offers a fundamental technical and physical contribution.
And the offensive terminal is Immobile, the only player who last year managed to score more goals than Robert Lewandowski. The Pole scored 34 goals while the Italian international signed 36, equaling the Serie A record that belonged alone to Argentine Gonzalo Higuaín.
Immobile will have to increase its performance in the decisive games, where in recent years it has had more difficulties, to feed Lazio’s options to surprise. This season, the Italian forward has scored fourteen goals in Serie A and is three behind the top scorer, Belgian Romelu Lukaku.
There are no particular doubts at the eleven level in Lazio. Inzaghi will bet on the Spanish Pepe Reina, formerly of Bayern, in the goal, with the also Spanish Patric Gabarrón, Fracesco Acerbi and the Argentine Mateo Musacchio in defense.
Manuel Lazzari, Luis Alberto, Brazilian Lucas Leiva, Milinkoviv-Savic and Montenegrin Adam Marusic will act in midfield while Argentine Joaquín Correa will accompany Immobile up front.
.
Probable lineups:
Lazio: Queen; Patric, Acerbi, Musacchio; Lazzari, Luis Alberto, Lucas Leiva, Milinkovic-Savic, Marusic; Correa and Immobile.
Bayern Munich: Neuer; Kimmich, Boateng, Hernández, Davies; Javi Martínez, Alaba; Sané, Goretzka, Coman; Lewandowski.
Referee: Orel Grinfeld (Israel).
Stadium: Olympic of Rome.
Time: 21.00 (20.00 GMT).