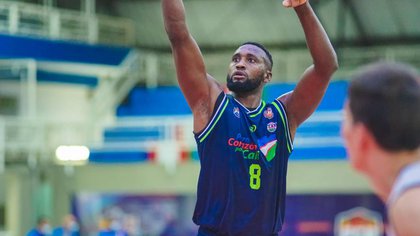 The emergency they live Saint Andrew, Providencia and Santa CatalinaDue to natural disasters, it has caused pain in Colombian society. One of the country’s basketball referents, and a native of that region, spoke with El Tiempo about the unfortunate situation.

Is about Michael Jackson Wright, a Team Cali player, who is in the capital of Valle del Cauca contesting the professional championship of the discipline; his team will face Titanes de Barranquilla, starting this Wednesday, for the crown of the contest.

The athlete highlighted the impotence he feels when he knows the news regarding the ravages, the same one that overwhelms him because he is not accompanying his loved ones. “We islanders have tried to do our things well, to fight for our islands, to survive, but it has been a high-caliber hurricane that has destroyed us and caused damage,” he confessed to the newspaper.

Jackson described how difficult it was for him to compete focused for a ticket to the final match of the event, with the suffering of his people in the head. “I turned off the cell phone from the hotel to the coliseum, there I turned it on and when I saw those images, I broke down, I was destroyed. I wanted to tell my teammates that I was not going to play, but that could have been the last game. I came out with the pain in my soul, with the crying inside, ”he said.

The Sanandresan spoke about the forgetfulness by the Colombian Government, asking him to take charge of the different emergencies faced by the citizens of that region. “I hope this is a wake-up call. We are also people like anyone in this country. If they are robbing our islands or our own community, that is not the way. We are going through a tragedy due to mismanagement, forgetfulness and a merciless hurricane ”, he emphasized.

He referred to the importance of the islands for Colombia, as the engine of tourism and the economy, reasons why he does not understand the indifference of the authorities, led by President Iván Duque. “We have some very beautiful islands where tourists arrive, enjoy us and leave, but we stay there taking care of them, loving them. They treat us like plastic spoons that they use and then throw away. We are not only a tourist site, we are also people with a dignified life ”, concluded the player.

“We lost everything, but we are fine”: the message of the inhabitants of Providencia to their families after the passage of Iota