The Barcelona City Council has wanted to be in charge of the installation of the first photovoltaic pavement in Spain to ensure that the city is carbon neutral by 2050. The first fifty square meters of non-slip solar panels have been placed in a park in the Glòries area with the capacity to generate 7,560 kWh per year.

The contribution from the city has been 30,000 euros and the viability of the plan will be assessed after six months after checking its possible wear.. Eloi Badia, head of climate emergency and ecological transition at Barcelona City Council, affirms that “we are eager to install more if this scheme is successful on the ground to power lighting and other public facilities.”

Although at the moment it is difficult to generate enough electricity for Barcelona to become self-sufficient, With the flooring that has been installed, three households could be supplied.

This project is similar to the installation that took place last year in Utrecht (Netherlands), where a 25-meter stretch of solar bike lane was installed to generate lighting and prevent freezing of the ground. 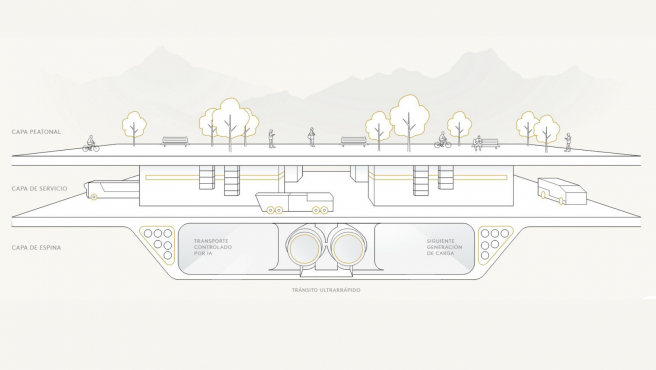 Fernando Prieto, executive director of the Sustainability Observatory of the independent think tank, believes that solar panels would have to be installed on one-meter rooftops even if it took five years. What’s more, it would generate enough electricity for more than seven million people, CO2 emissions would be reduced and the price of electricity would drop.

Despite the fact that the previous government stopped solar installation after punitive taxes were introduced, the current one has wanted to announce plans to invest 1.5 billion euros in recovery funds for the production of ‘green’ hydrogen and the use of renewable energy.