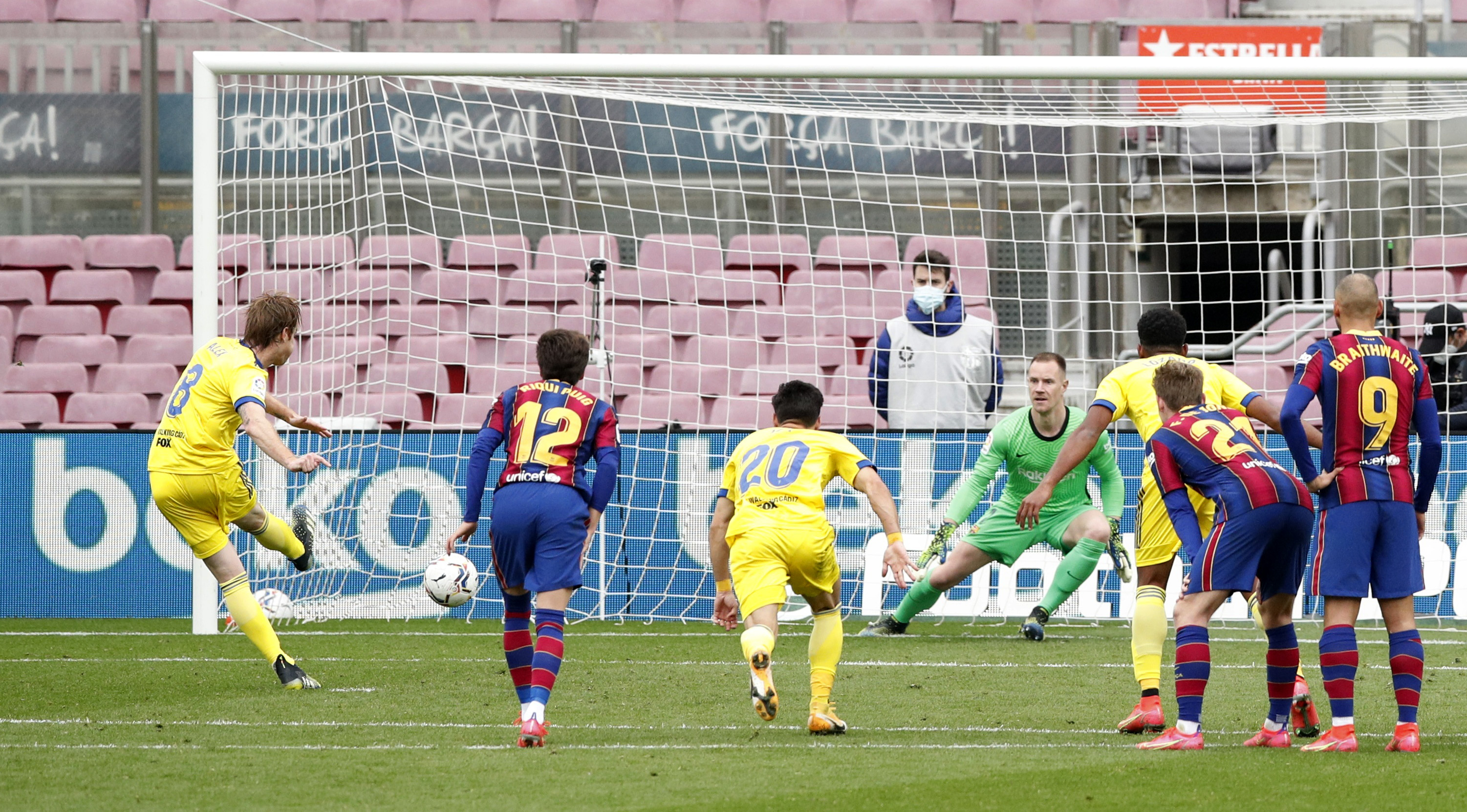 Barça is also leaving LaLiga after getting lost in the Champions League and in the Cup. Sometimes they beat them, well or by a landslide, and sometimes they win, alone and without the need for a rival, erratic against Cádiz. Barcelona does not play any tournament but rather measures itself, without expectations, bored with life in February, paralyzed waiting for the president and Messi’s decision. He does not find a roadmap even in simple games, in favor of the scoreboard and with footballers who are supposed to be able to decide on their own, few of the stature of Messi and Pedri. Koeman retired Pedri and tied Cádiz on his only shot at the goal by Ter Stegen.

The same team that came out dwarfed from the immense and empty Camp Nou by PSG in the Champions League did not go beyond the draw against Cádiz. Despite the fact that the two competitions are opposite and the difference between the rivals is abysmal, Barça is the same insipid and inanimate team, unable to differentiate between matches and situations, always exposed to any adversity, just as fearful against PSG as against to Cádiz or Sevilla. The azulgranas returned from the Camp Nou to Carranza when they were supposed to have corrected themselves from December 2-1, which marked a turning point for Koeman’s team: 10 wins and three draws in LaLiga.

The scoreboard and the match were so melancholic for the Barça fans that no one thought of talking about aspirations but regrets and statistics: Messi scored, who has already beaten 38 different teams after wearing the Barça jacket in 506 games in LaLiga. The Rosario does not stop breaking records for his frustration and that of Barcelona. Today’s brands fall by inertia and only serve to underline the greatness that Messi’s team had yesterday. “There is no end to sadness”, says the song by Vinícius de Moraes, and the Camp Nou does not get rid of the pain even in the days drawn to take courage.

From the same line-up, the Barcelona team applied themselves on the pitch as if they had reviewed the video of the game against PSG and Koeman’s subsequent press conference. The Catalans took great care in long possessions, tried to limit the losses of the ball and made an effort in the pressure even when the wind limited speed and precision, and therefore seemed to also favor the defense of Cádiz. The rhythm of the match, however, was slower than fast, the ball was very still and the tactical fouls and especially the corner kicks outnumbered the chances in Ledesma’s goal.

Rivals know that Barça have only scored one goal from a corner since 8 August. There are already 242 and only Braithwaite was able to tie a Messi center and Mingueza’s comb against Dynamo Kiev. The statistics did not improve and on the contrary he resorted more than ever to shooting from the middle distance while Cádiz stretched selectively in the transitions, aware of the difficulty of the Catalans in retreating, repeat offenders in defensive errors due to impatience or lack organization, often very exposed in the Ter Stegen area. Koeman’s team lacked overflow and imbalance, too aware of Messi’s associations with Pedri, De Jong and Busquets.

There was no game on the sides and football was spinning around 10. The goal would not come from the wings, not even since the elaboration, but the Catalans would score after Alba recovered the ball and Pedri forced a penalty for the double entry of Iza and Salvi. The canary was as farsighted as he was mischievous in the action and Messi transformed the maximum penalty with surprising serenity and sweetness after his last hard and accurate shots: 1-0. Pedri’s aggressiveness, excellent in attack and defense, made the difference until halftime with no more offensive news from Cádiz than a shot with Sobrino’s thigh.

The forward did not hit the empty goal and the two best Barça options ended up offside to the despair of Koeman. The intervention of the technician in the rest did not wake up to the Barça. The team abandoned itself, sleepy and not at all deep, without a collective sense of the game, given over to Dembélé’s dribbling, Messi’s pass and touch and Pedri’s effort. He could not find a way to penetrate the Cádiz block. Álvaro Cervera refreshed his attack and Koeman tried to speed up the football with Pjanic and Braithwaite. Those indicated were Busquets and Griezmann. Nothing new when Barça football doesn’t work.

The game entered a dead end due to Barça’s impotence and the resistance of Cádiz. The goalkeepers remained unpublished for a long time, the two contenders waiting for Pedri to intervene, the only point of light at the Camp Nou. Koeman, however, replaced the canary at a time when victory was not exactly assured for Barcelona. The changes did not alter the script and the contest was at the expense of Barça’s usual mistake. He then appeared as is the rule Lenglet and knocked down Sobrino. The referee whistled a penalty, the first in favor of Cádiz during the season, and Álex Fernández tied.

Nobody opted for a Barça lift in the extension after having wasted time, always very passive, lacking in rebellion and rage, as tormented and scared on Tuesday as on Sunday: if the tie was coming in the Barcelona environment, nobody would guess a last-minute victory to continue the seven-win streak and add Cádiz’s fifth defeat. Álvaro Cervera’s team was hit with a blow to knock down Barça’s house of cards.