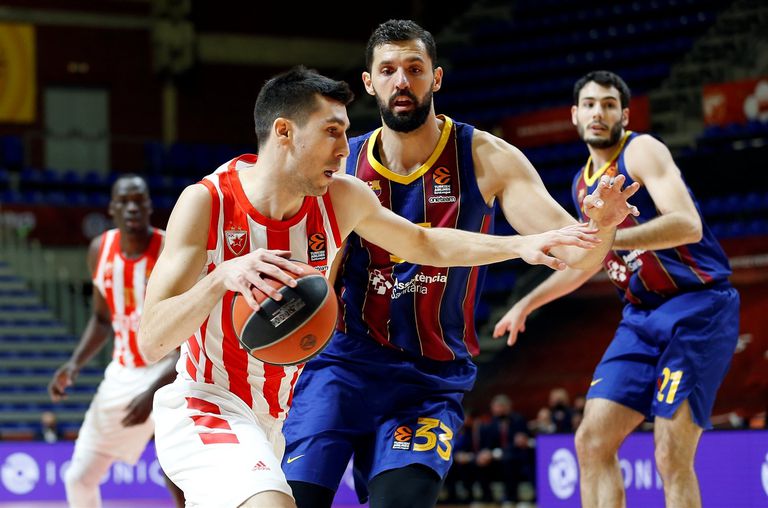 Barça maintained their cruising speed against Estrella Roja (60-72). Jasikevicius’s team added their fourth win in a row in Belgrade with enormous solvency. In this way, he regains the leadership of the Euroleague that he had lost on December 18 after starting a cycle of three defeats against Maccabi. CSKA Moscow took advantage of them to take command in the standings, but the Russian team, which Barça beat last week, stumbled again yesterday against Fenerbahçe (83-89). Now, Barça and CSKA are tied at the top of the standings, with two wins ahead of Zenit, Milan and Real Madrid.

Established more than ever in an abusive dominance of the rebound, with 14 more sacks than its rival, Barça survived without problems a passing moment of offensive confusion and its bad streaks in the triples. The Red Star, with Walden and some fleeting moment of Loyd reduced their disadvantage (28-31). But Jasikevicius’s team put the direct and resolved long before the end (45-66).

Higgins’s subtle and effective game on the wings and Oriola’s hard-working, persistent and equally effective inside the zone, marked the line started by Barça with a suffocating defense that left the Red Star very touched. The Serbian team did not get any revenue from their pivots. Kuzmic was at zero and O’Bryant was barely able to hold the line in his attempt to stop Oriola. Barça captured 41 rebounds, 10 in attack and that allowed him to relativize his disastrous 2 of 18 (11%) in the triples.

It was a round day for Jasikevicius’s squad, in which Mirotic and Davies reappeared, absent for a month.

Referees: Lottermoser, Kowalski and Rossi. They indicated a technical foul to Jasikevicius and an unsportsmanlike one to Colom.

Aleksandar Nikolic Hall in Belgrade. 21st round of the Euroleague.