In a weekend that had started in the best of ways for Sainz and McLaren, a new mechanical setback ruined any chance of getting a good starting position in the penultimate GP of the year.

The optimistic atmosphere that was breathed in the surroundings of the Woking training facilities in the first bars of the weekend was shattered practically at the first change: after a Q1 in which Carlos Sainz was able to earn a pass to the next round of the classification using just one set of tires, the crash in Q2 was really sudden and painful after a mechanical failure instantly wiped out the Madrid driver’s options.

As you go to tackle the first corner of the Bahrain International Circuit, # 55 saw the rear of his MCL35 take on a life of its own to the point of leaving him lying and causing him to make a spin from which he could not recover. A red flag was what followed this high-caliber setback, which ended up meaning that the Spaniard was left without wheels, without strategy and without the positivism that had characterized him so far. 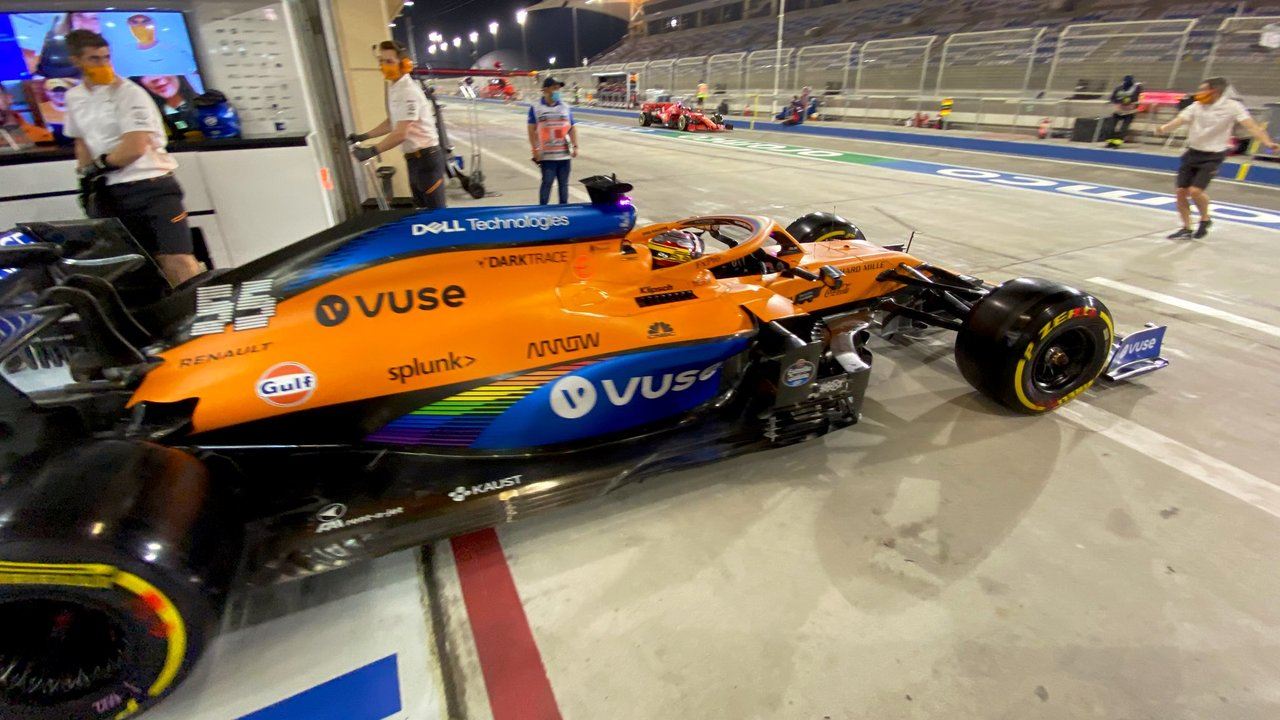 The medium compound was Sainz and McLaren’s best bet in Q2, but mechanical failure killed any attempt to progress.

«Mechanical failures are not bad luckIn the end it is something that happens in competition, in Formula 1, but if there is a day that could not happen it was today. That’s how clear was Sainz’s first statement to the Movistar F1 microphones as soon as he got off his failed car. «I managed to get to Q2 with only one set, I think I was one of the only ones. I have felt very comfortable all weekend, and when we were going to put on the stocking to try to pass to Q3 with it, which in the end it seems that it has been quite easy, we had that problem in the rear brake system. We don’t know what it is exactly», He explained.

To make matters worse, in the face of the race, everything “becomes very complicated”, since the initial approach that they had opted for from McLaren goes straight to the trash. “Especially because the Top ten is going to come out with the medium, all of us who went out of there have no advantage over them. The medium tire that I had managed to save … one of them will be totally with the wheels locked, so I can’t even use it, which puts me in a very difficult situation for the race, “said Sainz.

“The only thing we have tried to do is save harder tires, so that later you have those planes that you are going to have after locking the rear wheels. It is the worst that could happen today, on top of tomorrow it compromises us a lot, “he continued. «Leaves us with very few options; if we have lost the medium tire, which appears to have been lost, it leaves us with minimal options tomorrow. I’m sorry, but I’m very angry … », concluded Sainz, visibly affected.