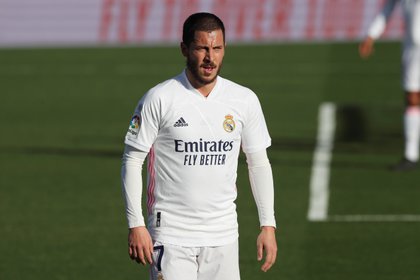 London, Feb 22 . .- César Azpilicueta, captain of Chelsea, assured that his former teammate Eden Hazard hurts not being able to have continuity at Real Madrid.
“Eden (Hazard) is a great friend of mine and of course it hurts me to see him like this, that he can’t show his quality, especially when here at Chelsea he barely missed a game. He was a very regular player and despite the kicks he did. They beat him, he has always been available, “explained the Navarrese defender in an interview with Efe.
“Seeing that he cannot have that continuity hurts him too. He has that thorn in the ground and I have no doubt that I hope this will happen as quickly as possible, that he will chain those three or four good games that he has not yet been able to have to demonstrate talent, “he added.
The continuous injuries that the Belgian has suffered have not allowed him to demonstrate the quality that he exhibited at Stamford Bridge and for which Real Madrid disbursed 100 million euros ago.
“His dream was to play for Real Madrid and he wants to show that he can,” said Azpilicueta.
The Belgian winger suffered a muscle injury in early February that will keep him out of the competition for at least a month.
The 30-year-old has played 13 games this season for the Chamartín club and has scored three goals.