In the absence of its final presentation, Mercedes continues to show us details of its new electric flagship. The Mercedes EQS will be as luxurious and advanced a car as a Mercedes S-Class – even more advanced in some respects – and will have the added component of being 100% electric. Although we already knew its revolutionary interior and its “all-screen” dashboard, we were even more impressed by knowing some of its technical specifications. If it were released today, it would be the electric car with the longest range WLTP From the market.

Mercedes has already detailed some of its key technical components. The first of these components is its massive liquid-cooling battery. It will be available in two versions of 90 kWh and 107.8 kWh of net capacity, built from 10 and 12 cell modules, respectively. The Mercedes EQS 450+ will be the entry version: it will have an average NEDC consumption of between 16 and 19.1 kWh / 100 km and 568 Nm of maximum torque, which will be channeled to the ground via an electric motor mounted on the rear axle maximum power is still unknown. 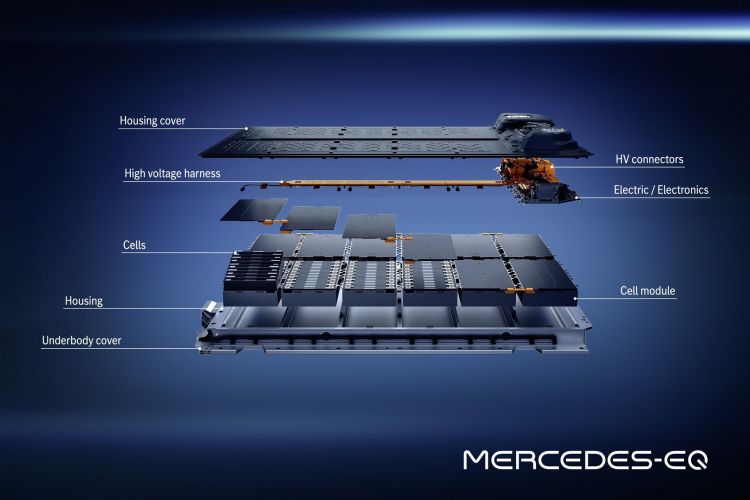 The industry is advancing by leaps and bounds. Just a few months ago we were testing the Mercedes …

The batteries in the Mercedes EQS are guaranteed for at least 10 years or 250,000 km.

The top-of-the-range version will be called Mercedes EQS 580 4MATIC +. Using the battery with a useful capacity of 107.8 kWh, you will increase your NEDC consumption to 16.9-20.1 kWh / 100 km, have an electric motor per axle, and a total power of 523 hp, with 855 Nm of maximum torque. This top-of-the-range version, mounting the smallest 19-inch wheels, will have a 770 km autonomy according to the WLTP cycle. This is possible, in large part, thanks to careful aerodynamics: its drag coefficient is 0.20 and its front surface is modest, 2.51 square meters.

Mercedes has also let us know how the huge EQS battery will charge. The on-board charger will have a power of up to 22 kW using three-phase current, and using direct current in a fast charger, can reach peak load powers of up to 200 kW. This power is achieved with a battery preconditioned at thermal level and only in some moments of the recharge. Mercedes promises that the EQS will be able to recover up to 300 km of WLTP range in just 15 minutes, if we charge it to the maximum possible power.

The battery will always have a 10% “reserve”, to prevent us from being stranded. 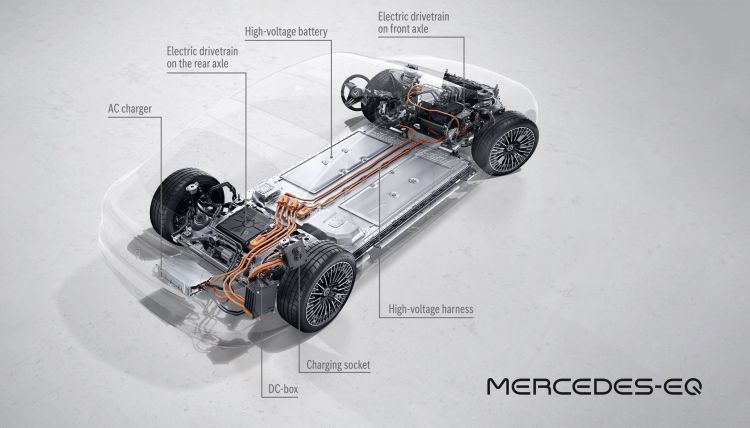 Is the Mercedes EQS the most aerodynamic car in history?

The Mercedes EQS will be the absolute flagship of Mercedes. An electrified Mercedes S-Class, …

The Mercedes EQS will be able to regenerate energy with peaks of up to 290 kW of power, and will feature a single-pedal drive system – in addition to various levels of regeneration and an automatic variable regeneration system. The greater the range, the range calculator will be able to vary the route on the fly in search of the most efficient route if it detects dense traffic, or make certain car functions more efficient – even limiting the power of the engines and air conditioning – if it anticipates that we will not reach load point loosely.

Through the Mercedes me application, and in certain charging stations, all we need to do is plug the car into the charging hose, and charging will begin. This application, today, centralizes access and billing to 200,000 charging points on European soil – from different networks and providers. Finally, a brushstroke about your four-wheel steering system: The rear ones will rotate up to 10 degrees, but if we choose the 4.5 degree turn system, we can upgrade the system to 10 degrees after the purchase of the vehicle. 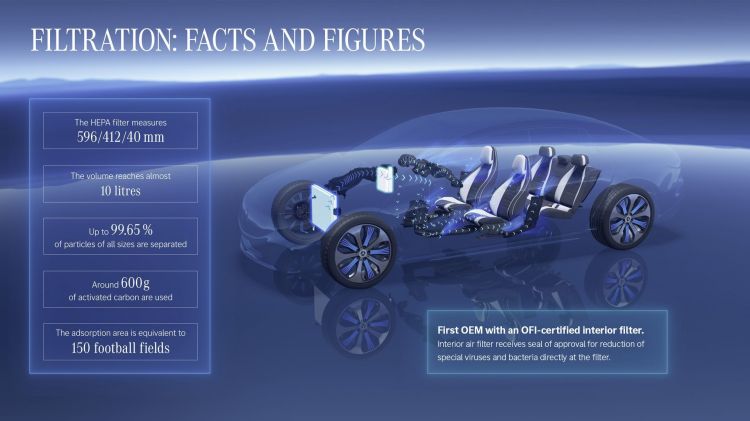 Mercedes uses batteries with only 10% cobalt and has increased the use of recycled materials in its construction.

The Mercedes EQS will be presented on April 15.