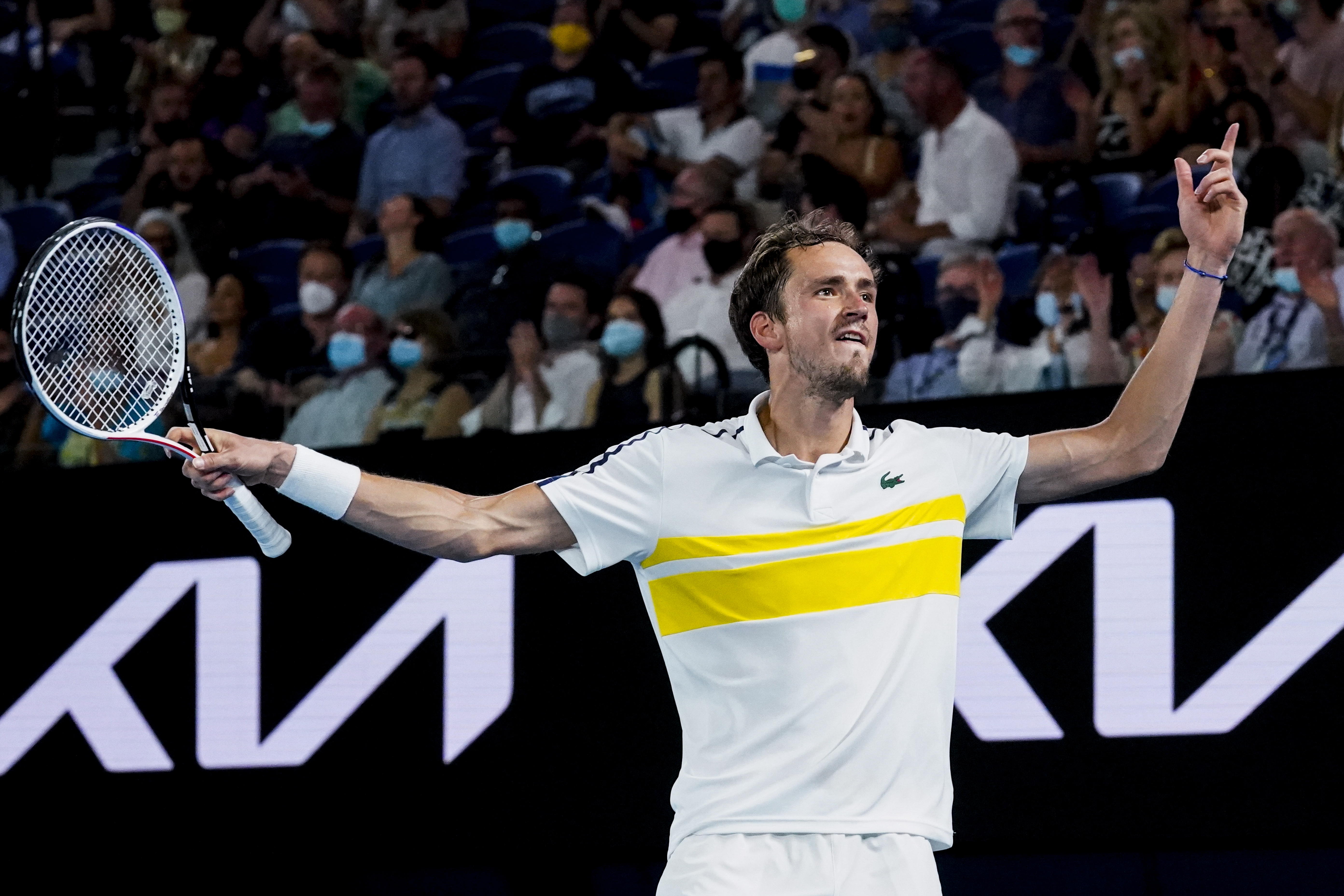 Novak Djokovic said after winning the ticket for the Australian Open final that this Friday night, Australian time, he would make a bowl of popcorn and turn on the television to comfortably see which rival, Daniil Medvedev or Stefanos Tsitsipas, would face Sunday in the final pulse for the title. If the number one complied and did not dedicate himself to other tasks, surely he would not have gone to bed too calm when checking the biorhythms of the Russian, who exhibited backhand and had a Greek feast (6-4, 6-2 and 7 -5, at 2h 09m) to certify what has been suspected and known for some time: Medvedev is really good. A full-blown threat.

The 25-year-old Russian adds and continues in Melbourne. “He’s the man to beat,” Nole warned the day before. And he is not without reason. The Moscow stud ripped Tsitsipas apart on all sides and will land in Sunday’s final (9.30, Eurosport) riding an intimidating sequence of 20 consecutive games won. From Paris-Bercy to the epilogue of the Australian tournament, the Russian has been dispatching whoever got in the way, be it Djokovic himself, Nadal, Thiem or Zverev, it doesn’t matter. Medvedev is thrown, like a meteorite towards a pulse in which the backhand blow will have a lot to say.

Perfectly sharp, the number four in the world – virtually already number three, ahead of Thiem, and who could be number two and unseat Nadal if he wins the title – wore it like a sword of Damocles against the Greek player, all resilience and also broken after the effort he carried out two days before against the Spanish. He could not help but cover himself and weather the storm, and retort with guts when his rival took his foot off the gas a little. Hell came over him. If inspired as he is now, Medvedev – second major finish, after the one he lost to Nadal at the 2019 US Open – is a practically unstoppable tennis player.

He deepened with his masterstroke and was solemn on serve. He gave up only two points with the first in the opening set, one in the second and four in the third, the only time in which Tsitsipas compromised him minimally. A hint of reaction; Actually, nothing. 46 winners and 17 aces rained on the Athenian, and if he stretched the game a little more it was thanks to the fact that he found a small gap in the sixth game of the resolution. With the stands in his favor – the Greek community has grown strong in Melbourne – he fought back to finally crash into the wall again.

Medvedev’s majestic combination of serve and backhand, with unlikely angles, without blinking, tore him apart and the Russian landed in front of Djokovic. “He has much more to lose than me,” said the Muscovite, a 1.98 stalk who will play his fourth consecutive final since November and who has defeated eleven top-10s since then; South African Kevin Anderson was the last to knock him down, in Vienna. Novak is the favorite. All eight times he has reached the semifinals, he has won the tournament. I want to win my first Grand Slam, he is going for the 18th, “he said.

In the particular between the two, the number one dominates 4-3, but the last time they met (also on hard court), Medvedev won at the O2 in London. The poster for the final is therefore extraordinary: Melbourne’s year against the best of the moment. “Who will win? I don’t know, I’m not a bookmaker. I don’t know what to say, but maybe it could be Medvedev. It would be good for him, it would be good for tennis. It would put a little pepper on it, it would mean a change in the list, “said Tsitsipas after being hit by a freight train.