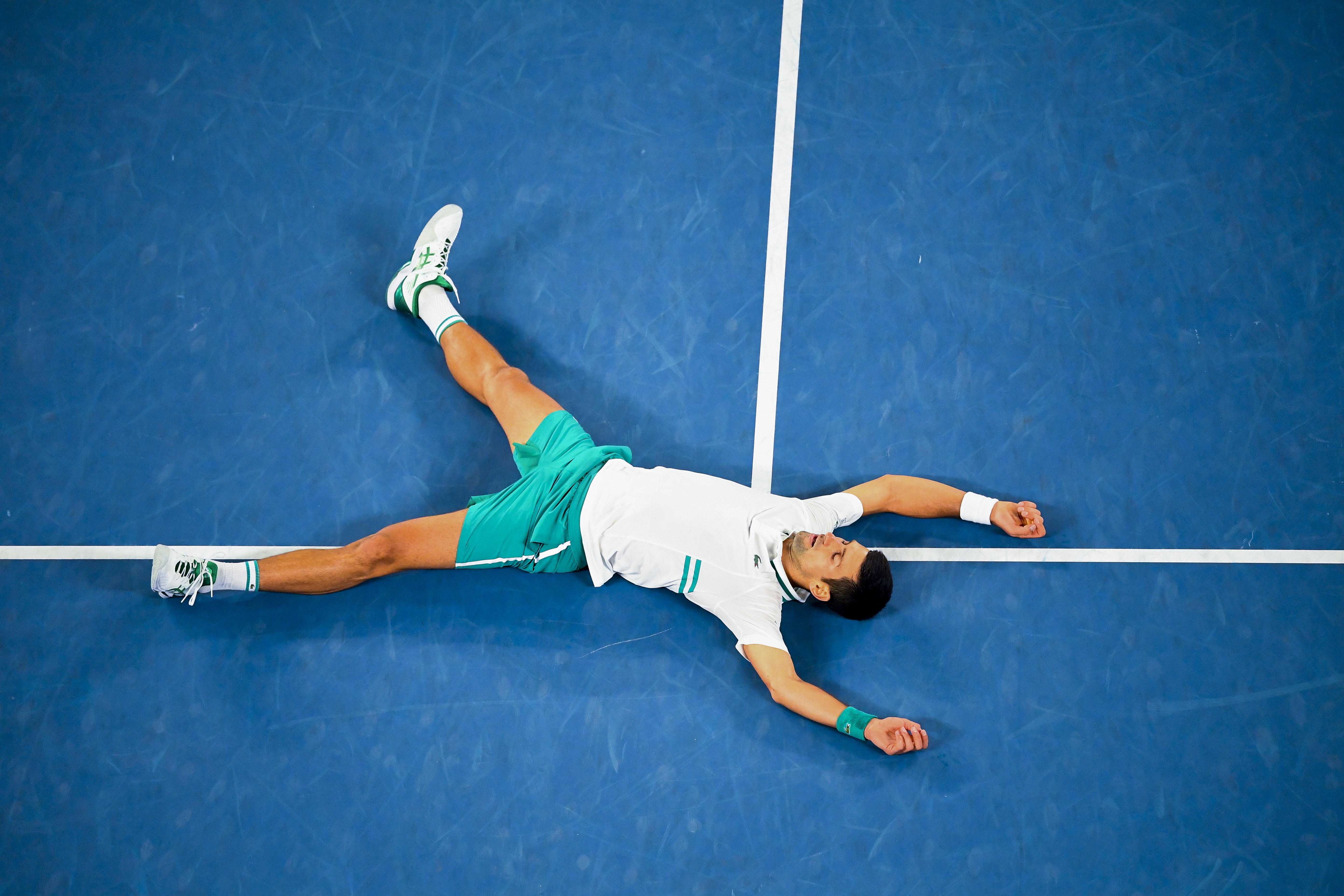 Just knocking down Daniil Medvedev (7-5, 6-2 and 6-2, in 1h 53m) and propping up his reign in Melbourne, where he has won nine trophies – the last three in a row, eight in the last eleven editions— , Novak Djokovic He stood up and pointed straight at his bench like a sniper. The recipient of that index finger was Ulises Badio, Uli, a small Argentine who accompanies him around the world and takes care of that fibrous and elastic body to the millimeter that has already achieved 18 greats, the Serbian being just two steps away from Rafael Nadal and Roger Federer (20).

“I have had a real roller coaster in the last two weeks and I want to thank my team; especially to Uli, for his dedication. Thank you for giving me the opportunity to play, “said the number one in the subsequent parliament, in which he also dropped that he is hurt by the voices that have questioned the abdominal injury he suffered in the third round:” I did not allow criticism and mistrust will hinder me, and winning this trophy is my answer. Of course it hurts, but I have developed thick skin over the years to focus on what really matters. “

Always under suspicion, permanently exposed and playing to the limit of the offside, Djokovic has waged a battle that goes beyond the courts since the beginning of his career. “Before it was a me against the world, not anymore,” he went on to say. But the story does not change. For one reason or another, the Balkan (33 years old) is always in the spotlight and cannot get rid of a dangerous reputation as a quarrelsome competitor.

Behind him is a string of controversies and raised blisters. Without going any further, six months ago he inadvertently hit a ball boy with the ball in an action that cost him disqualification from the US Open, when he was the clear favorite to win that title. The image traveled the world and hurt the tennis player’s spirits, who lost a golden opportunity and was once again marked by unnecessary fuss. The world came to him. “This will stay with me for life, I was in shock for several days,” he lamented.

Roland Garros offered him a first rematch in the fall, but there he was overwhelmingly flipped by Rafael Nadal in the final, and the new year didn’t help dissipate the dust either. In an attempt to try to help the more modest players, he maneuvered from Adelaide and many colleagues reproached him that from the top of the castle – he was installed in the exclusive bubble that Australia designed for the figures, little to do with the Melbourne one – all looks better. “I’m just trying to use my privileged position to help,” he defended himself. “Some of us don’t advertise what we do to help others,” Nadal hinted.

Then came the suspicions. During the duel of the third round with the American Taylor Fritz, the Serbian noticed a strong pain in the right side and slipped that his continuity in the tournament was in the air, to heads or tails. For many, propaganda. “I spent about ten hours a day on the stretcher,” he explained with the trophy at his side. “Painkillers also helped me,” he continued.

“I felt a snap, it’s a muscle tear in the oblique abdominal muscle. I know that there has been a lot of speculation, people who wondered how I was able to recover so quickly and who believe that it is impossible to do something like that … Everyone has their own opinion, but I think it has been unfair. It is not the first nor the last time that happens to me. In professional sports you always play with pain, it is part of what we do, but this time it has been different ”, he claimed, adding that at the end of the year he will release a documentary in which the injury can be verified.

In any case, Djokovic again haunts the record of Nadal (34 years) and Federer (39). Since 2018, he has added six greats, four from Spain and only one from Switzerland; he and the Manacor have shared ten of the last eleven majors; and between the three they have taken 54 of the last 63. On March 8, Nole will accumulate 311 weeks as number one and will snatch the record from Federer, in the dry dock for a year due to a right knee injury .

“But he is always attacked, it is all his fault, ‘we are going to attack Novak,” denounced Goran Ivanisevic, the coach who has accompanied him on the ocean tour. “Anything you do or say is commented, it is not good, and if you do not say anything it is not good either. It has not been easy to deal with the criticism, the injury. With everything. He needed yes or yes this title. There is someone up there who has seen all the injustice that was being done to Novak from the media and some people. He has been through a lot: the US Open, the Roland Garros final, 42 days of quarantine and his attempt to help others… ”, added the coach.

Meanwhile, the champion plans to take “a break” and did not want to specify anything related to the calendar. Djokovic assured that he will concentrate on resting, on tasting the milestone of the summit in March and that only when it is ready will he begin to prepare the assault on Roland Garros (from May 23 to June 6). Given the fact of always being under the magnifying glass, he is left with the consolation of redemption on the track.