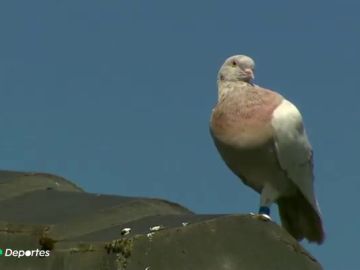 A journey of 15,000 km, the protagonist a dove, by name Joe. He lands on Australian soil and from there begins a struggle to survive. And it is that the Australian authorities considered it a “risk for the biosafety” when believing that it came from the United States.

If your American origin has been confirmed, Joe would have been euthanized. But Australia’s Ministry of Agriculture and Environment determined that the bird, known as Joe, is “most likely” of Australian origin after investigating the identification band of the pigeon, which was found on December 26 with obvious signs of fatigue in a garden in the Australian city of Melbourne.

Authorities warned on Friday that the pigeon could be a specimen that disappeared in October during a race in Oregon (USA) and that could have crossed the Pacific aboard a cargo ship; and therefore suppose a “risk” for the native birds and the poultry industry before the possibility of “carrying diseases”.

However, the government department acknowledged in an update that night that the identification band placed on one of the animal’s legs is “fraudulent” and therefore no further action will be taken against the bird, which remains at large.

In Australia they have strict quarantine laws for animals that come from abroad due to the many problems that the island-continent has suffered throughout its history due to the introduction of non-native species and that damage the unique Australian ecosystem.

Problems that continue to this day with, for example, the overpopulation of wild horses or camels, or the pests of the poisonous cane toad (Rhinella marina), introduced in Australia in 1935 and that since then threatens several native species and has become multiplies in the absence of predators.