Home>Sports>Motors>Audi A6 e-tron: the future of large sedans is electric

With the Shanghai Motor Show in full swing – it is the first post-pandemic show – manufacturers like Audi have turned up in their best clothes. The great novelty of the Ingolstadt is the Audi A6 e-tron concept, the conceptual preview of your grand saloon. The next generation of the Audi A6 will be exclusively electric, and will be built on a new platform, called PPE and developed in collaboration with Porsche. Among the attributes of new Audi A6 e-tron are, among other things, a ultra-fast charging and a range of around 700 km.

The car presented by Audi in Shanghai is still a prototype, but in the words of the brand, it’s a 95% production car. Removing some details such as logos, mirrors or door handles, allows us to get a very clear idea of ​​what the electric future of the Audi A6 will be. We start by talking about its platform, a dedicated platform for electric cars called PPE, which the Audi A6 e-tron will share with cars like the new Porsche Macan, without going any further. This platform joins the existing offer of zero emission platforms. 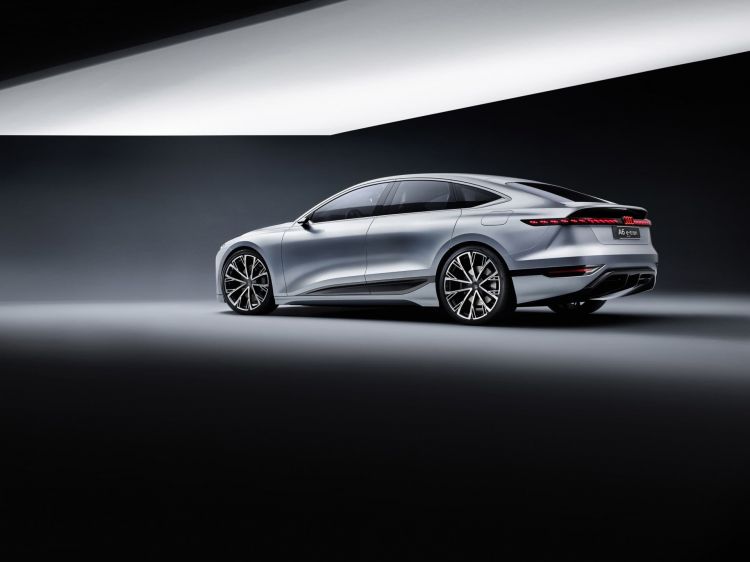 If the car is parked in front of a wall, we can even project a video game using light shapes.

This offer includes the Volkswagen Group’s MEB platform – lower cost, based on cars such as the Audi Q4 e-tron – the J1 platform, which will only be shared by the Audi e-tron GT and the Porsche Taycan, or the MLB evo platform, on top of the one that the Audi e-tron and e-tron Sportback are built. What differences does this platform present over the rest? First, is capable of housing larger capacity batteries: the Audi A6 e-tron comes with a 100 kWh battery capacity, with which it achieves a theoretical autonomy of around 700 km.

Second, it has a 800 volt architecture, enabling ultra-fast charging systems up to 270 kW peak power. Finally, it is a platform designed for vehicles of considerable size: it will not be intended for compact vehicles, only medium and large vehicles, which will also include SUVs and crossovers. This modular platform will be the hard core of Audi’s electric offensive, with electric vehicles built in both Europe and China, which remains the brand’s main market. 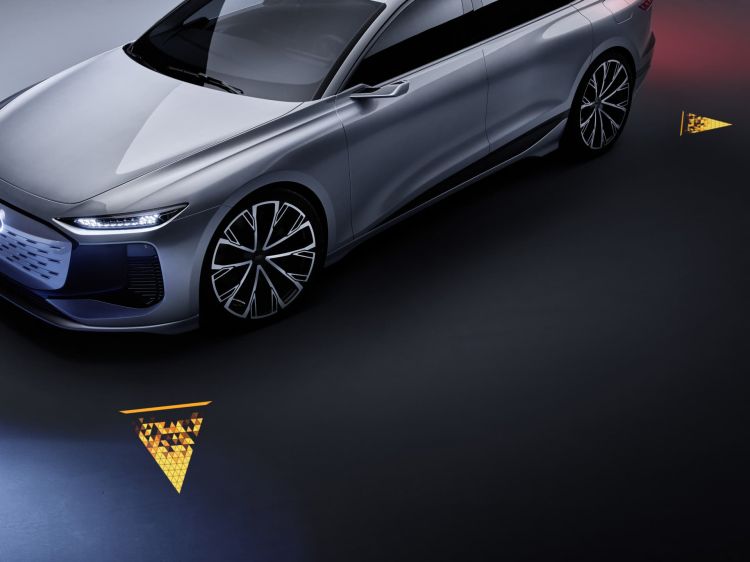 The Audi A6 e-tron measures 4.96 meters in length And it has a very streamlined design, so streamlined it might as well have the Sportback name. It is not a casual design: its drag coefficient is only 0.22, supported by flowing lines and aerodynamic 22-inch wheels. In the exterior design of the A6 e-tron, we are struck by its occluded grille and its optics – matrix LED type – capable of projecting information onto the ground, especially useful when it comes to improving safety on board.

Its side profile is very clean and aerodynamic, despite having reasonably marked wheel arches. On the back there are some OLED lamps with intricate interior design, which occupy the entire width of the car. The Audi logos are backlit, a solution that will hardly reach production. There are no pictures yet of the interior, which will have five seats. We do know, that yes, that the paint of the Audi A6 e-tron has a compound capable of reflecting sunlight to a greater extent, minimizing the energy consumption of the air conditioning. 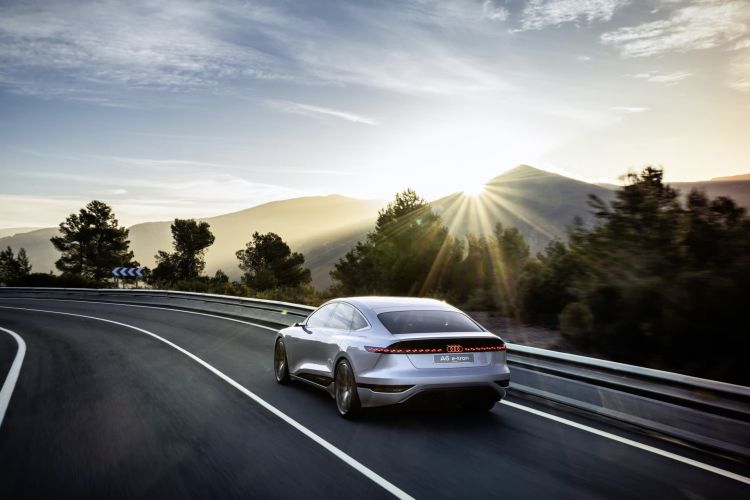 There are no photos of its interior, but Audi promises a lot of space thanks to an extra long wheelbase.

On a technical level, the Audi A6 e-tron will be an all-wheel drive car, with two electric motors with a combined 476 hp and 800 Nm of maximum torque. In addition to the 700 km of WLTP autonomy mentioned above, it will be able to do the 0 to 100 km / h in less than four seconds. There will be versions with a single engine and less power, possibly to which the aforementioned 700 km autonomy refers. The Audi A6 e-tron will begin to be sold from the second half of 2022.