The third generation of this model is already on sale for 25,650 euros, always with light hybridization. The star of the range, the e-Power versions, do not arrive until next year.

Companies The future of Nissan workers in Catalonia, in the hands of four companies Directors Frank Torres guiding the transformation of Nissan

Since it appeared in 2007, the Nissan Qashqai has been the best-selling SUV in Spain year after year. Things have gone a bit twisted this year, where is surpassed by the Hyundai Tucson and the Peugeot 3008, although it is true that, until May, they barely take 700 units apart. And that the Japanese model is so late in its commercial life that the first units of what is its third generation can already be ordered. We have already been able to drive it and you can see here a photo gallery with more images of the car. 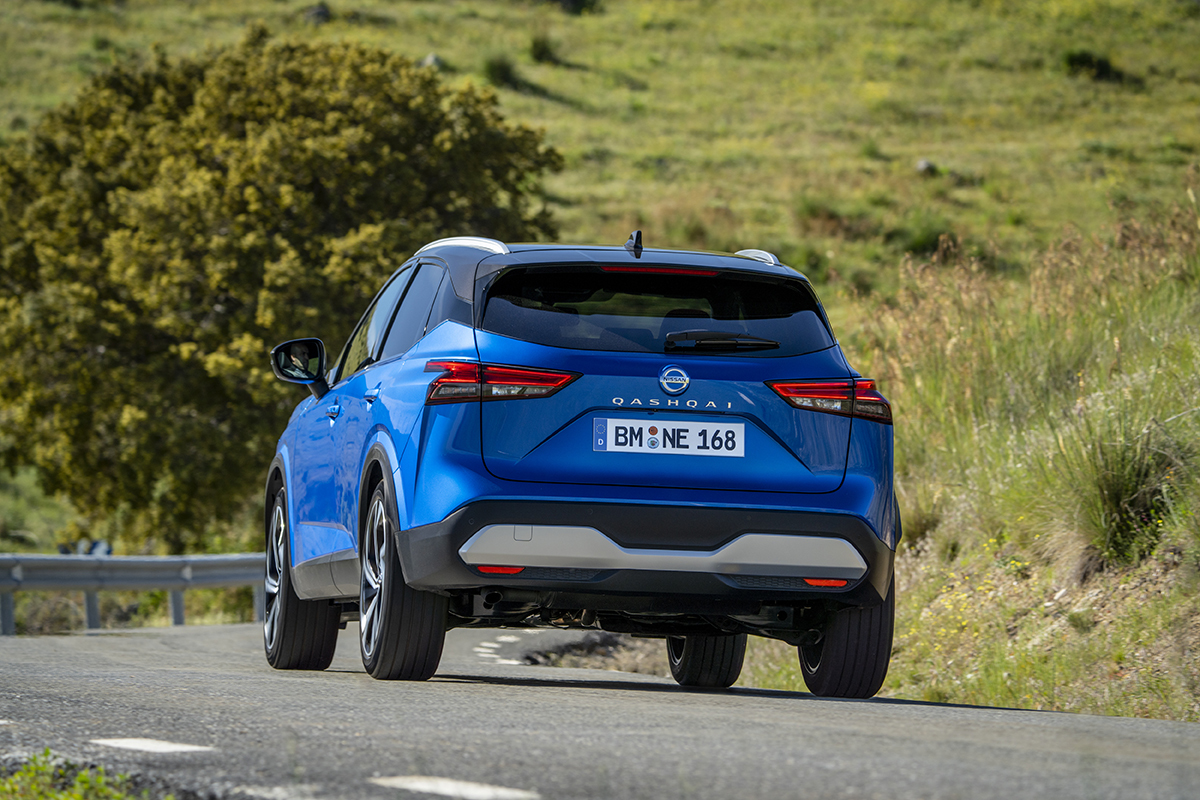 And if this model has been important to the market, where it defined the characteristics of today’s SUVs, imagine for the brand. There were years, in fact, that accounted for up to 70% of its registrations. So it is not surprising that Bruno Mattuci, CEO of Nissan Iberia, stated during the presentation of the new model that he had asked customers what they thought of Nissan and they had replied that “Nissan is Qashqai.”

“The car has a technology that contributes to emitting less, and we consider it our second step towards the electrification of the brand after the launch of the Leaf. We have the International Energy Agency that wants to ban combustion cars in 2035 and the new Climate Change Law that excludes them by 2050. We are committed to electrifying the entire range by 2030. “ 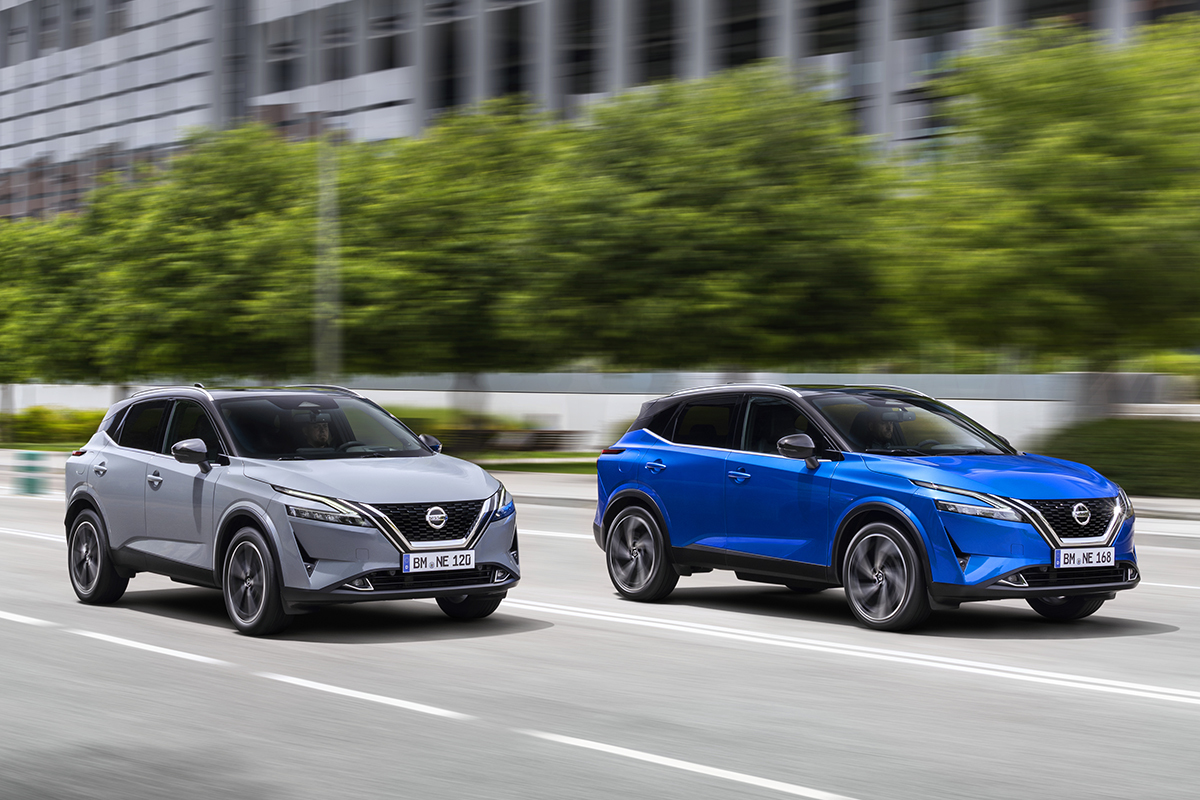 “The Qashqai has a double lever of electrification and crossover leadership, which is going to give us further growth,” explained Mattuci. “For us, electrification is not only the car, we are also in the circular economy with second-life projects for batteries, and promoting the recharging infrastructure in dealerships and with energy operators. Furthermore, the Leaf is the only European car that can be connected to the electrical network to return power. We also promote with the authorities, for example, in terms of taxation, the massive introduction of electric vehicles, “he added.

As for crossover we have for next year the hybridization of the Juke, the X-Trail, the 100% electric Ariya and the Qashqai itself. The Nissan Qashqai has been a leader for 14 years in Spain. “We have 325,000 cars sold and more than 90% are still on the road. We have an 8.6% share of SUVs in 2020,” explains Mattuci. 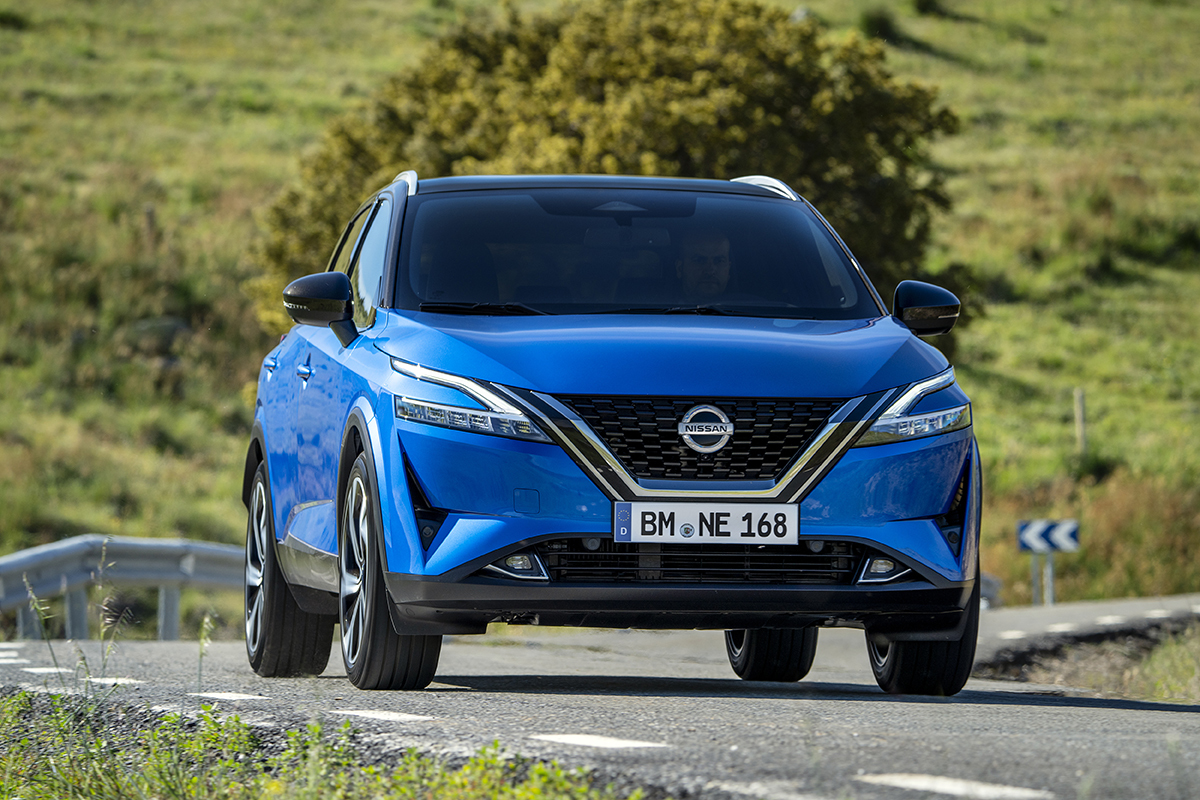 Improvements to fight with each other

In the revamp, Nissan wants to elevate the Qashqai position in terms of design by attacking the Hyundai Tucson, Peugeot 3008 or Toyota C-HR. And secondly, in terms of driving sensations attacking the Seat Ateca and Volkswagen Tiguan. 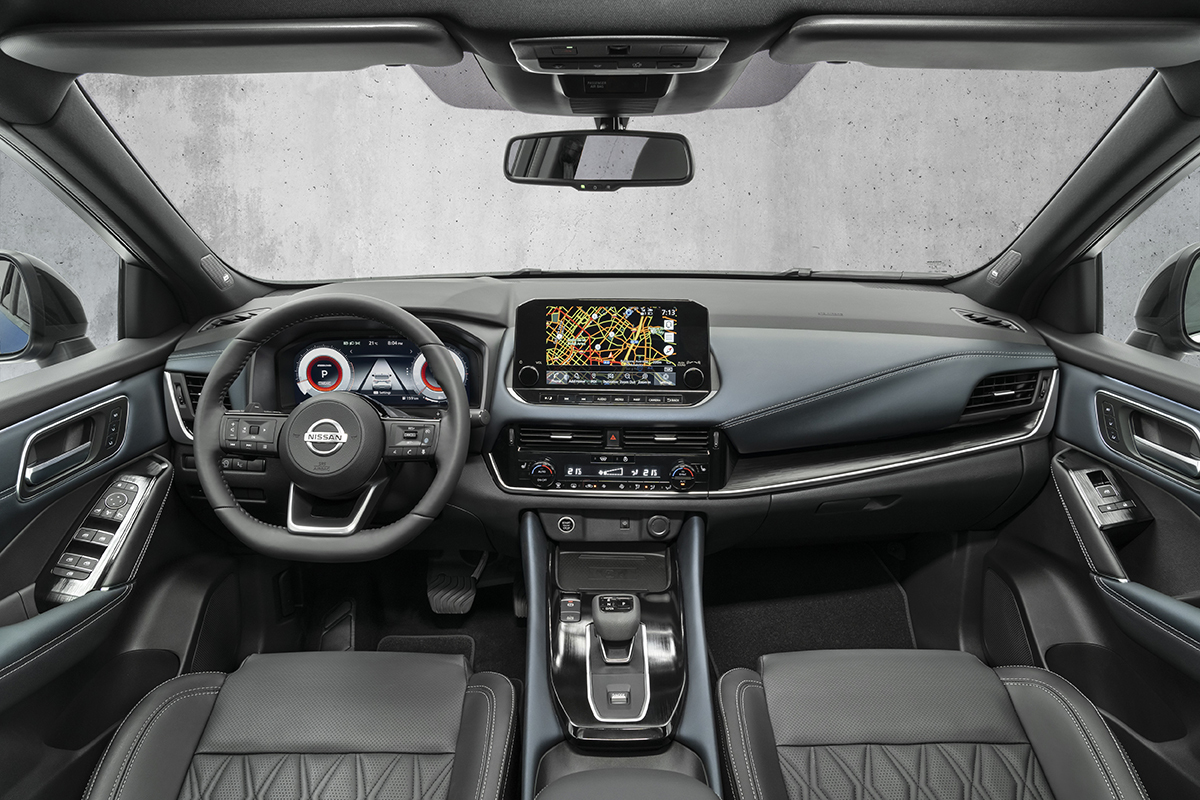 In terms of equipment, the Visia represents 1% of sales, Acenta 25%, N-Connecta 50%, Tekna 20% and Tekna + 5%. The Acenta is the version that goes for the corporate channel, since the Qashqai was last year the best-selling SUV for renting. “The 140 hp manual version will be 60%, although we hope we will go towards the automatic with the 158 hp engine.”

The price starts from 25,650 euros for the Nissan Qashqai with Visia finish. The N-Connecta, which will be the best seller, starts at 31,250 euros. The car will be in dealerships on July 1, but the first deliveries will not be made until September, according to Nissan. 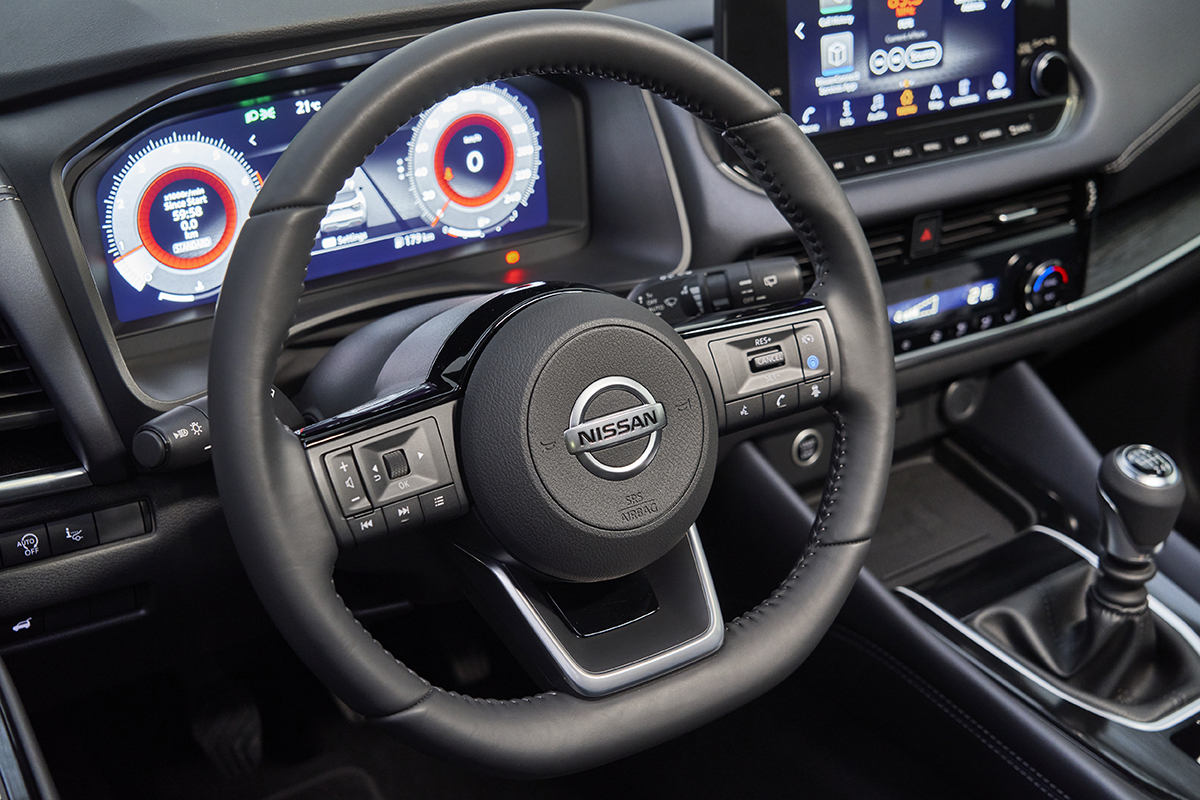 We have gone up to the gasoline variant of the Qashqai with a 140-horsepower gasoline engine, light hybrid (mild hybrid that gives it the ECO label) six-speed manual transmission and N-Connecta finish. The qualitative leap with the previous generation is obvious as soon as we get on. The multifunction steering wheel, 12.3-inch screen, digital instrumentation and seats form a set in which it is easy to find your driving position; and in which all the elements are within reach.

The first thing we have done is connect the bluetooh: it has been easy and the car has identified the mobile the first time and they have synchronized in a jiffy. We have started the march and what has pleasantly surprised us is the steering, with a progressive hardness that transmits a high sense of security from the first moment. Second, the large head up display with the necessary indications of speed, navigation and traffic signs, is perfectly visible and easy to adjust. 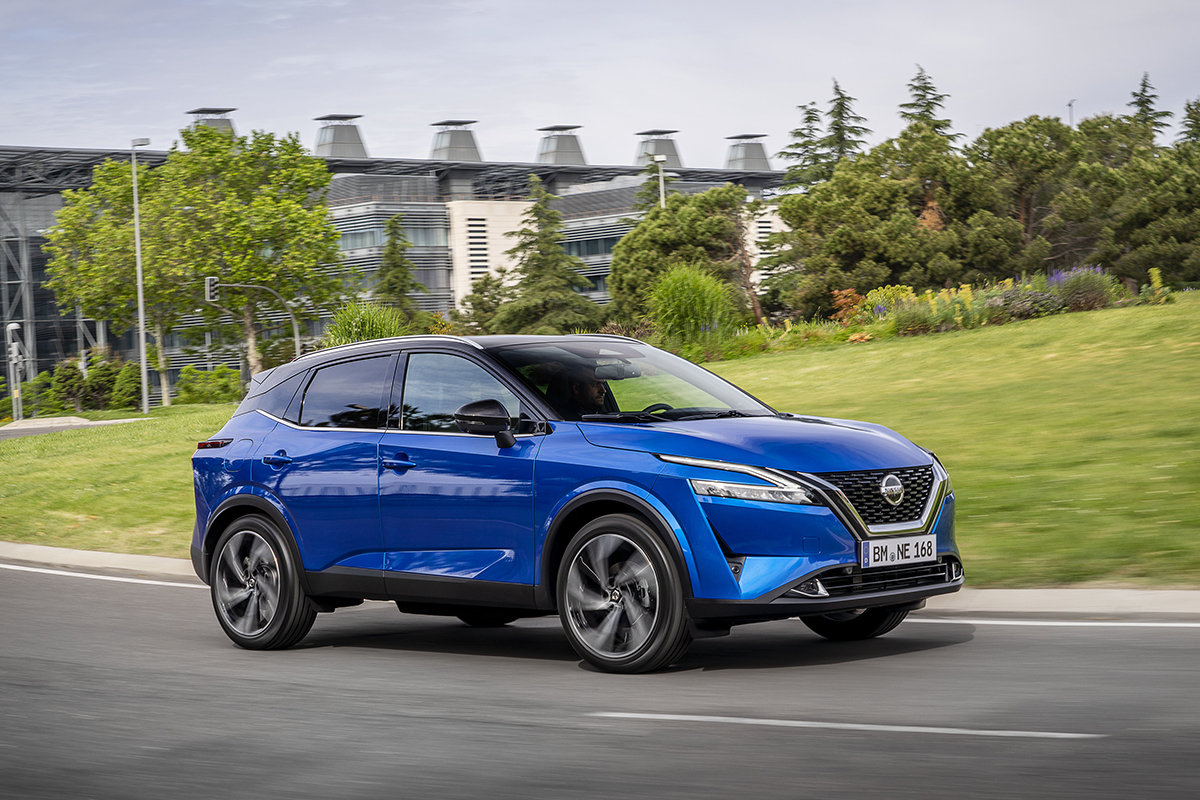 Once in the motorway, we activated the Pro-pilot, Nissan’s automatic driving system. The car kept the lane smoothly on the M-50 that bypasses Madrid without making corrections and smoothly. The minute you release your hands from the wheel, a visual warning comes out both on the instrumentation and on the Head Up Display, then it becomes acoustic.

The Qashqai ride comfort is good, comfortable and well soundproofed. The gear ratio is well adjusted, at least for the route we have traveled and in terms of suspension it is pleasant even in sudden changes of direction. 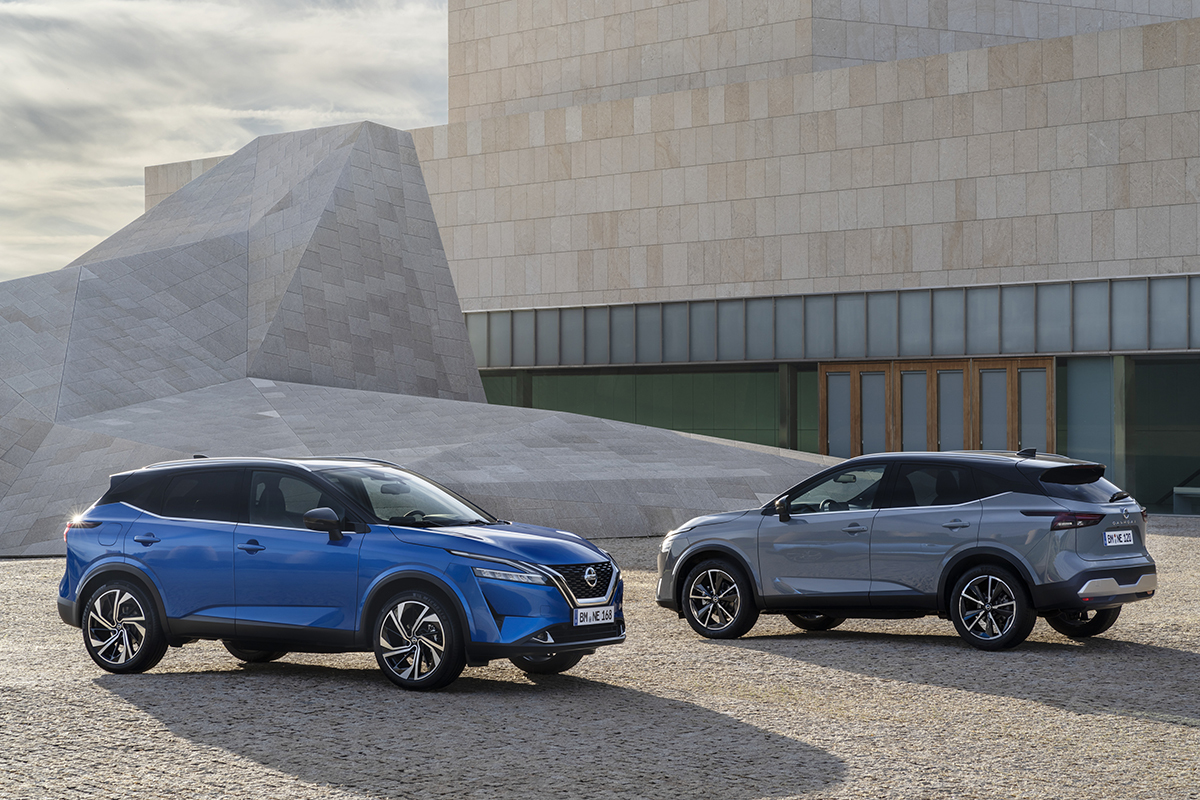