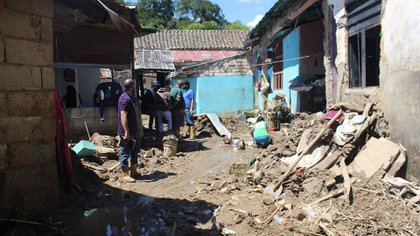 People walk along a street affected by rain and floods in the La Palmita sector, in Rubio, Táchira state (Venezuela) (. / JOHNNY PARRA)

The heavy rains that have occurred in Venezuela so far in November They have left three dead and thousands of families affected, without expecting an improvement over time as more rainfall is expected in much of the country.

Practically every day in November, some region of the Caribbean country has reported damage caused by the rains, among which the loss of belongings, flooded houses, electrical failures, flooded public roads, overflowing rivers and streams and several dozen injured.

Disaster response teams have been deployed in the most destroyed areas, especially in the states Lara, Zulia and Táchira, all located in the west and the last two bordering Colombia. 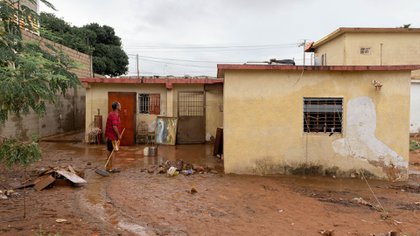 The situation in Maracaibo is serious (. / Henry Chirinos)

From Monday night until the early hours of this Tuesday, rains fell on Maracaibo, capital of Zulia, which, according to the official balance, 25 communities were disrupted in which tens of thousands of people live.

The mayor of that city, Willy casanova, explained to journalists that in some homes the water reached up to a meter high, while dozens of parking lots were flooded.

The rainfall has exacerbated the electrical failures that occur almost daily in this oil-rich area. 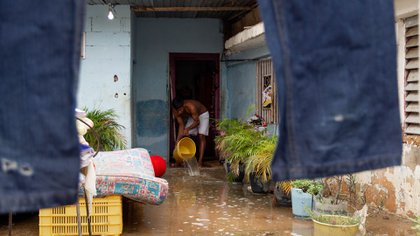 A man draws water from his house in Maracaibo (. / Henry Chirinos) 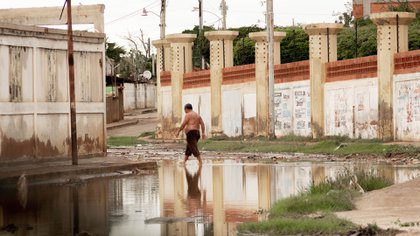 A man walks in a street flooded by heavy rains in Maracaibo (. / Henry Chirinos)

During the past weekend, rains intensified in Lara state, causing the overflow of 12 rivers and streams, as well as several landslides.

The situation has improved in the last hours, when at least it stopped raining, but 120 homes completely collapsed out of a total of 554 homes affected.

The balance so far accounts for 1,760 families affected. 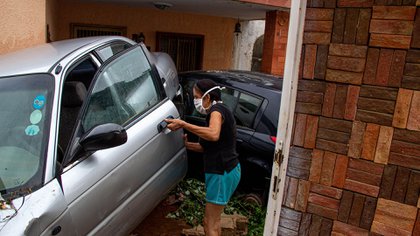 A woman checks a vehicle that was dragged and damaged by the rain in Maracaibo (. / Henry Chirinos) 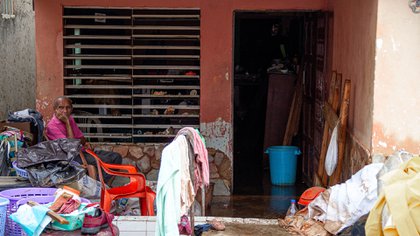 A man sits outside his house next to his waxes damaged and wet by heavy rains (. / Henry Chirinos)

The second week of the month, the rains were more intense in seven municipalities of the state of Táchira, in which troughs were registered that caused the death of 3 people and 456 homes left “totally destroyed”, informed the governor of that region, Laidy Gómez.

The opposition has explained that the emergency situation has left “extensive damage”, with losses exceeding $ 20 million.

The region has received several tons of humanitarian aid to attend to the victims, among which are 1,240 families. 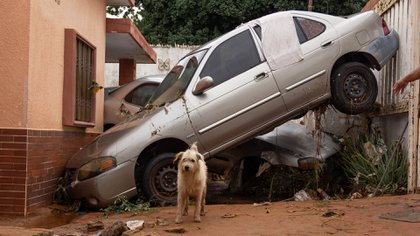 The Minister of the Interior, Carmen Melendez, indicated this Tuesday through Twitter that the risk management system is “activated throughout the national territory by the rainy season”.

The alert remains, as the National Institute of Meteorology (Inameh) has forecast for the next few hours “abundant cloudiness with rainfall of variable intensity“, as well as “electrical activity and occasional wind gusts in much of the country”.

The bad weather will affect Táchira, Lara and Zulia again and, the Inameh warns, the rains “can increase the water level of the rivers and streams causing them to overflow.”