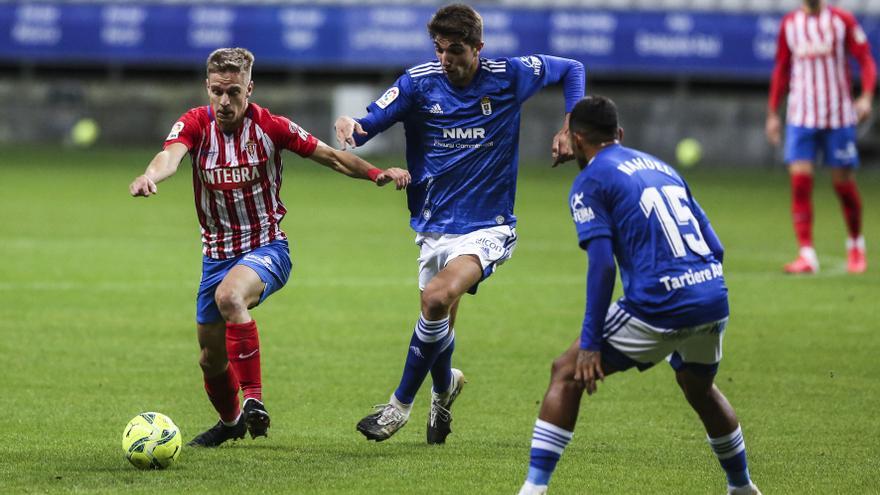 The incorporations have a direct impact on the salary cap, fashionable these days after announcing it to the League. And many clubs look back and take stock of whether they pay off so much input and output for footballers. Oviedo has signed 43 players in the last four seasons, an average of eleven per year. Sporting signed 38 footballers, ten per year. However, Asturian clubs are always among the Second teams that less attend the market. This season, Sporting is the last in signings, with two, and Oviedo fifth from the tail, with eight. Two seasons ago the trend was similar: Sporting penultimate and Oviedo just two places, fourth down. The trend changed slightly in the 2018-2019 season: the blues were again the fourth from the tail and the rojiblancos the seventh. And the same in the season of the reunion, 2017-2018, with Oviedo seventh starting at the bottom and Sporting just one place behind.

Similar figures, although each club has had its circumstances. The following. Last in transfers, third in classification. It has nothing to do with a popular Gijon motto coined by Ceares: “last in money, first in heart”, but it sums up the reality of Sporting in a season in which it has been able to reinvent itself and fight for the promotion zone without turning crazy in the market. All the teams in the category have signed more than the rojiblancos, who register the only new faces of Cumic and Saúl García. The base of last season plus the fifth of the La Asunción school have made the change and restored hope.

Since the rise of Sporting de los guajes there hadn’t been such a promising start. It has been the Sporting club of more than a dozen incorporations in the first two seasons of its return to Second. The one with the most movements, that of 2017-18, the premiere of Miguel Torrecilla in the sports direction, registered fifteen reinforcements summarized in the following names: Barba, Xandao, Guitián, Álex Pérez, Quintero, Calavera, Bergantiños, Hernán Santana, Álex López, Rubén García, Jony, Michael Santos, Scepovic, Nano Mesa and Neftali. A year in which he sports, with Baraja replacing Paco Herrera on the bench, did shine with a final comeback that left the team fourth, in promotion of promotion, being eliminated in the first play-off cross by Valladolid. The following season, 2018-19, Sporting again made an extensive change in the dressing room with up to thirteen incorporations: Peybernes, Noblejas, Geraldes, Molinero, Cofie, André Sousa, Lod, Aitor García, Blackman, Ivi López, Álvaro Jiménez , Djurdjevic and Álex Alegría.

The team, on this occasion, starred in a disappointing season in which they failed to get into the top six and also had to relieve their coach again, with José Alberto taking the place of Rubén Baraja. The rojiblancos finished ninth, seven points behind sixth. In 2019-20, Sporting dropped for the first time out of the ten additions since its return to Segunda, with the following eight signings: Unai Medina, Damián Pérez, Murilo, Manu García, Borja López, Javi Fuego, Valiente and Álvaro Vázquez. The team was also less sports, with a new coach replacement, Djukic replacing José Alberto, and a final without pain or glory marked by the pandemic and the defeat in the derby. The people from Gijón were thirteenth, seven points behind the sixth classified, which gave the door to being able to fight at least for the promotion.

In Oviedo, the constant script changes in sports policy have been a constant since the return to professional football. This year the club’s bet is on the youth. The market looked for hungry players and the signing of carats was the striker Blanco Leschuk. So far, Oviedo has gotten up after a bad start, has three wins in a row and occupies its best position, 12th, in seventeen months. Looking back, talking about sports policy, instability is observed. In six years, the blue club has had four sports directors. Each one has applied their style and the feeling that remains is that Oviedo has improvised year after year. You lived from day to day. The Carmelo del Pozo stage (2013-2016) was distinguished by giving priority to short contracts. The club argued that ties of two or more years could mortgage the entity.

At that time, the Carso Group already supported Oviedo, but the debt was still very present. This sports policy was practically taken down during Oviedo’s first season in the Second Division and it began to break with the arrival, at the end of 2016, of Ángel Martín González, current Getafe sports director. Under his command, Oviedo signed 15 players in the 2016-2017 season, a record to date. Also, there were no longer any problems signing a long-term contract. The 2017-2018 season, the first in which Oviedo and Sporting coincided after the relegation of the Gijoneses, the blue club stood out for its international signings. Anquela debuted on the bench and had almost no influence on sports planning. Of fourteen footballers, nine came from foreign leagues. The incorporations were the following: Carlos Hernández, Forlín, Mossa, Folch, Aarón, Cotugno, Yeboah, Mariga, Fabbrini, Hidi, Valentini, Owusu, Pucho and Olmes. Oviedo finished seventh that season, tied on points with the play-off spots, but evicted from playing the promotion for the goal-average. It was in the following year, 2018-2019, where the change in sports policy became more notable to take another step towards promotion.

Anquela did have more decision-making power this time. Oviedo tied Joselu and signed him a four-year contract. To date, it remains the longest in the Grupo Carso stage at the blue club. The Huelva player left the club after a year and a half and ten goals. The complete list of signings that season was as follows: Joselu, Carlos Martínez, Tejera, Boateng, Ibrahima, Alanís, Champagne, Javi Muñoz, Javi Hernández, Bárcenas and Omar Ramos. Oviedo finished eighth that season, five points from the play-off. The 2019-2020 season, the worst for Oviedo since the promotion, pointed to a radical change compared to recent years. The quarry consolidated ahead of the signings in the first summer with Michu at the helm. Oviedo only signed five players, the lowest number so far.

However, the bad start to the season that took Egea ahead, and that later followed with the departures of Joaquín del Olmo and Michu, altered all plans. Francesc Arnau landed in December and signed another five footballers. In total, the course closed with ten signings, and ended the permanence in the category after several months dancing on the ledge. The additions were: Nieto, Rodri, Grippo, Coris, Arribas, Javi Fernández, Sangalli, Luismi, Ortuño and Lunin. In the current course, Oviedo has closed eight incorporations. In the absence of the winter market, a possibility for the club since it has not exhausted the salary limit, Oviedo is before the course with fewer incorporations. The trend of this campaign at the time of signing has been youth and transfers. Only two players out of eight of those who arrived this summer belong to Oviedo: Femenías and Aburjania. The rest – Mujica, Cedric, Brazao, Nahuel, Leschuk and Edgar – are on loan. In the entity, with Arnau in command of the sports management and Ziganda as head of the bench, there is no talk of promotion, but the objective is to be able to be up at the end of the season.