Various mysterious ring-shaped objects have been detected by Australian astronomers.

Massive, gigantic, and perfectly circular. So are the ring-shaped objects that have been manifested in the distant universe. Although they have already been observed several times, astronomers still do not have an explanation for the origin or nature of these newly cataloged entities.

The researchers in charge of the project were trying to find bright sources, which would serve to illuminate the presence of black holes or galaxies in radio waves. In this regard, Bärbel Koribalski, galactic astronomer at the Commonwealth Scientific and Industrial Research Organization (CSIRO) and Western Sydney University in Australia, stressed that they are always looking for “whatever is strange, whatever is new and what looks like nothing else“.

The ring-shaped objects were sighted after the creation of a map of the night sky made with the help of the Australian Square Kilometer Array Pathfinder (ASKAP), a radio telescope project that uses 36 huge satellite dishes of 12 meters in diameter each.

It was a group from the National Radio Astronomy Observatory in Socorro, New Mexico, that observed these entities for the first time. Although it had originally been recorded as a previously observed phenomenon, with a more cautious look they realized that it was not the case. TodayNobody knows where they come from, what they are or how long they have been there.

We suggest: Astronomers observe for the first time the silhouette of a spaghetti star

11 different explanations for an uncertain nature 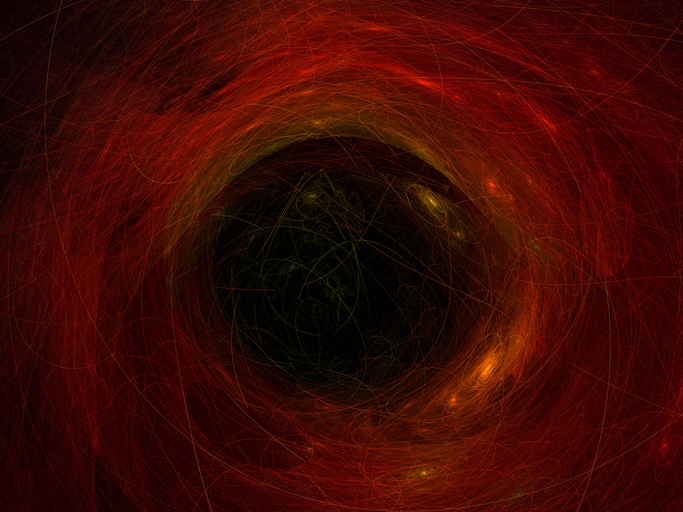 The ring-shaped objects, still without an official name, were detected by their wavelengths. Originally appeared empty, so it was proposed to refer to them as strange radius circles (ORC).

In the article, recently published in Monthly Notices of the Royal Astronomical Society, the scientists offered at least 11 different reasoning about what these entities could be. Among them is the strange explosion of a supernova. However, the scientists narrowed down the possible explanations for the ring-shaped objects to 3:

Perhaps there are additional galaxies forming a cluster near the object and folding bright material into a ring-like structure. A central supermassive black hole in these galaxies is consuming gas and dust, producing huge cone-shaped jets of particles and energy. It could be that we are looking down the barrel of a long tube, creating a two-dimensional circular image around a central galaxy.

However, the researchers do not rule out one last possibility: that this is something completely new, whose nature has remained hidden from human gaze until now. In this regard, Harish Vedantham, an astronomer at the Netherlands Institute of Radio Astronomy who was not associated with the work, concluded that “sometimes, the universe simply presents strange and wonderful shapes“.

Saturn’s rings behave like miniature solar systems, according to science

This is Nüwa, the project to create the first city on Mars