Not even supercars escape electrification. This is the case of this model in which Sebastian Vettel, Lance Stroll and Nico Hulkenberg have participated.

It couldn’t be any other time and place. Today, on the eve of the Grand Prix of Great Britain in Formula 1 at Silverstone, Aston Martin has presented the car that will be an extension of its return to the Great Circus, 60 years later. This is the production version of the Valhalla, a super sports car below the Valkyrie hypercar. but, like this one, destined to represent the maximum in its segment. Striking design, hybrid powertrain and racing aerodynamics at the service of the driver, the true protagonist of everything Valhalla can deliver. The car will be launched in 2023 and will be priced at around 670,000 euros. 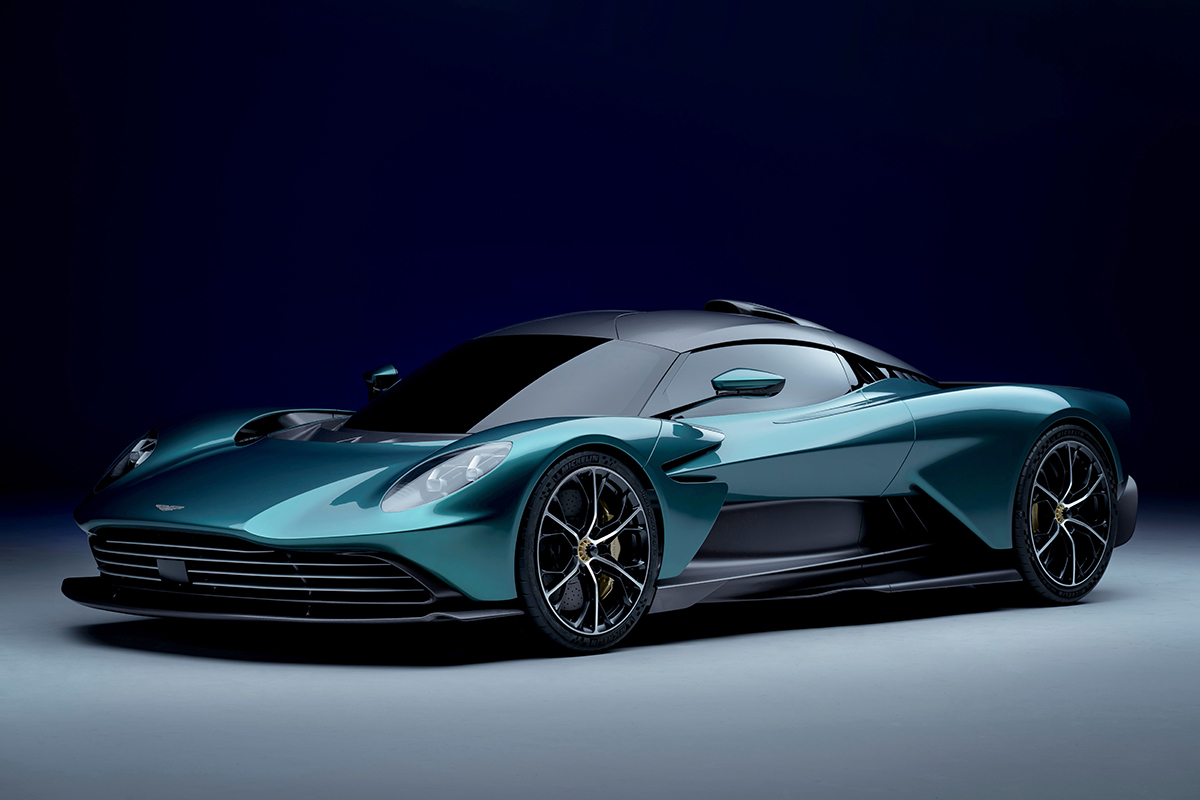 Despite its sharp lines, it is its high-performance hybrid mechanics – bordering on the magic figure of 1,000 horses – that defines its essence. In contrast to the Valkyrie, the Valhalla goes down to a 750 hp V8 combined with two electric motors that provide 200 ms for a combined power of 950 … and, beware, 1,000 Nm of maximum torque.

To be the fastest production car on the Nrburgring

With such cavalry, plus all the packaging that is oriented to maximum effectiveness in the air, Aston Martin engineers have set a very ambitious goal with which to give pedigree to their new sports car: a fast lap at the Nrburgring in under six and a half minutes.. It’s scary to think then of what the Valkyrie will be capable of … 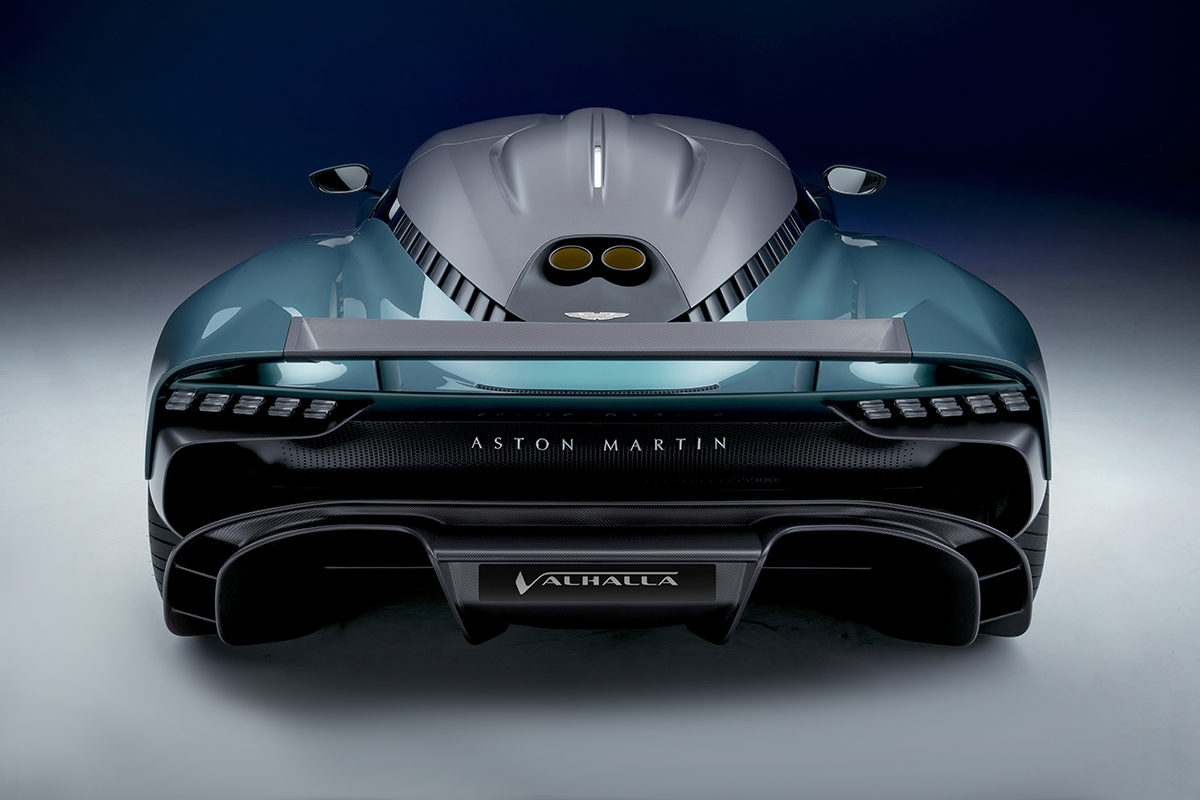 The 4.0 V8 biturbo comes from Mercedes-AMG, Aston Martin’s main shareholder, and operates on the rear axle only. It is complemented by a hybrid package with two electric motors, one on each axis, and a 150 kW battery to power them. The Valhalla can run in electric mode, although in this case driven only by the front axle (In the rest of the programs, the electrical part can also affect the later part -even 100% in situations of maximum benefit requirement-).

Rival of the Ferrari SF90 Stradale

The mechanics are managed via an Aston Martin-specific dual-clutch eight-speed gearbox … which among other things uses a strategy similar to that of the Ferrari SF90 STradale (undoubtedly its great rival) for reverse gear. : a task exclusively entrusted to the electric motor. 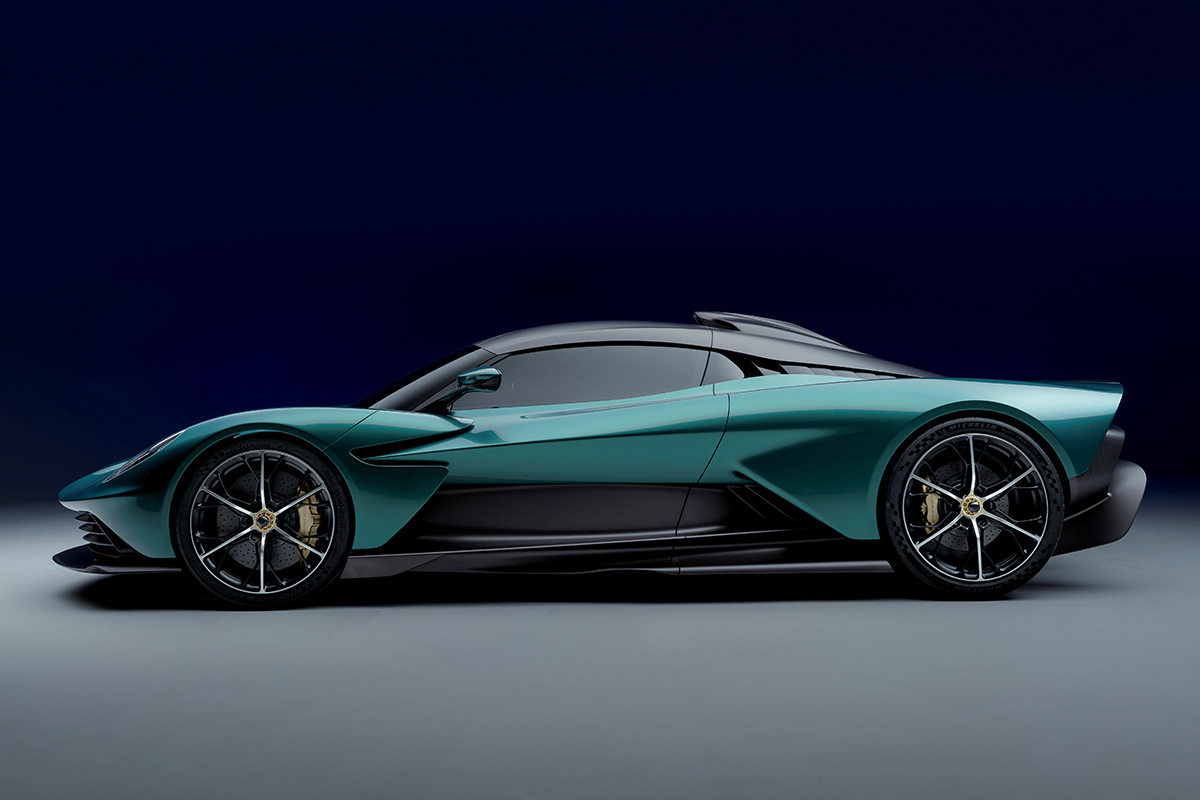 Precisely in clean mode, even if it is an anecdote in a car of this caliber, the Valhalla can travel 15 kilometers (ten less than the Ferrari) with a top speed of 130 km / h. Taking advantage of its full potential, the car will reach 330 km / h and be able to sign the sprint from 0 to 100 in 2.5 seconds !!

Not everything is based on brute force. Aerodynamics are also key when it comes to achieving lap times like the one the Valhalla aspires (which will exceed 13 seconds the current record, held by a Porsche 911 GT2 RS in six minutes and 43 seconds. 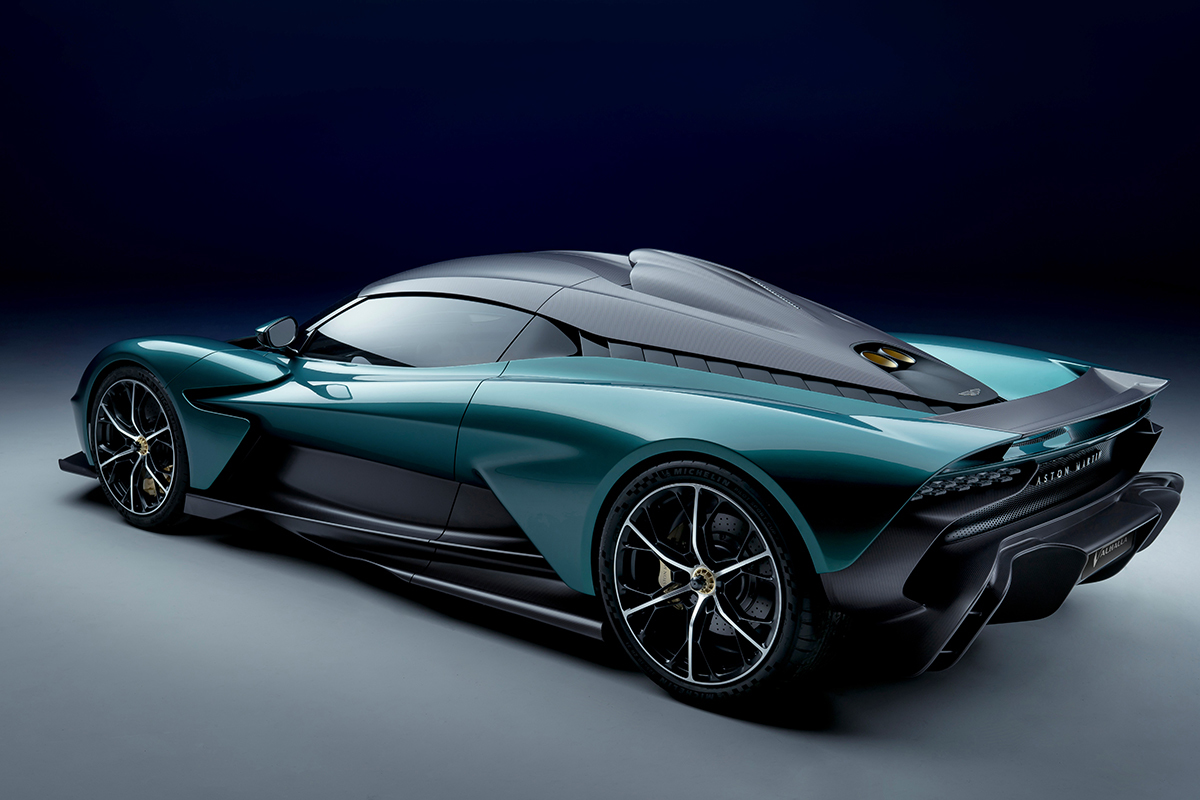 Although it does not have stratospheric ailerons – a trend in the latest Astons -, the Valhalla boasts no less than 600 kilos of downforce at 240 km / h. It will have mobile elements in the front and in the rear wing and air intakes distributed throughout its body, including the roof. 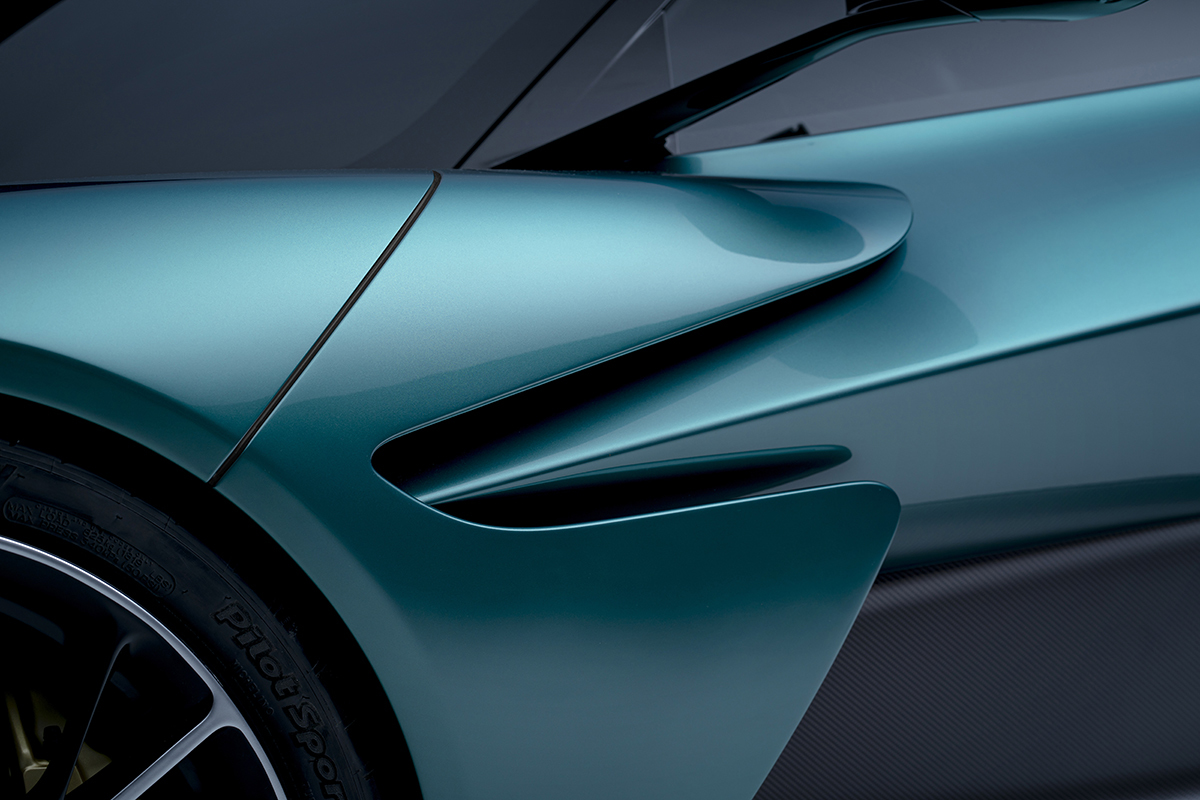 For the chassis, Aston Martin uses front suspensions push rod F1 derivatives and adaptive Multimatic dampers that allow you to lower the height of the hull on the track or raise it, for example, to overcome speed bumps or garage ramps.

Carbon is the most abundant material (monocoque, body, brakes …) and its final 1,550 kilos are a reasonable weight for a sports car of this entity. Especially since its equipment is not going to be spartan, especially in terms of assistance where it has an arsenal of aids to make things easier for the driver on the road. 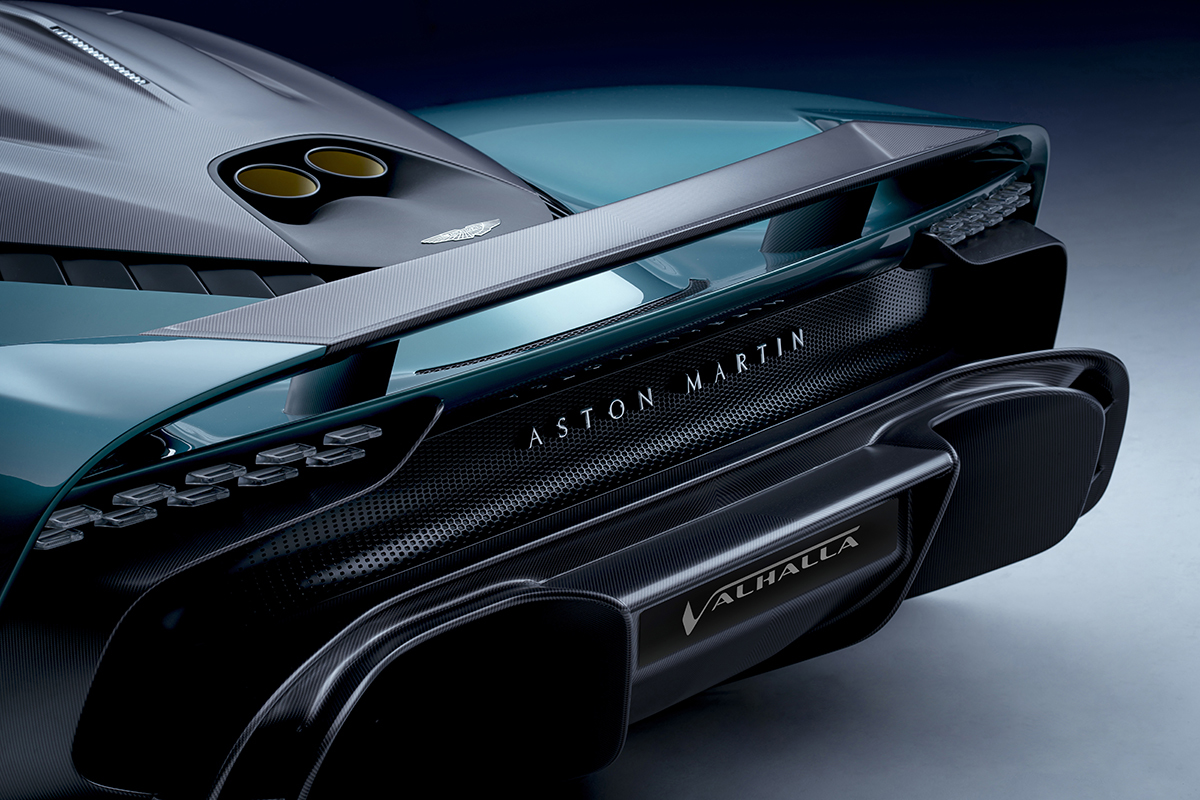