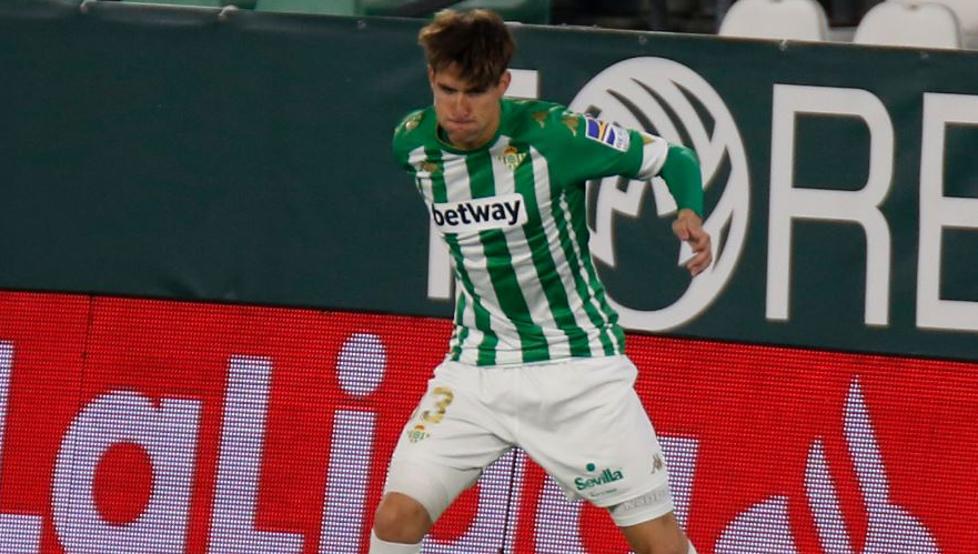 Juan
Miranda, the left-handed side formed in the quarry of the Real
Betis who went to La Masía as a cadet and this summer returned on loan from the FC
Barcelona
, has spoken on RTV Betis about the experience that led to leaving his family and friends at such a young age to return now a professional soccer player. Miranda was emotional talking about her return home and to Betis and could not help but shed a few tears during the interview, especially when she heard the messages her parents sent her. “Thanks to them I am also where I am. They have always supported me. The decisions I have made have been thanks to them and today I am where I am thanks to them. As my father says, we are in our Betis. We are where we wanted. Once I left my town, since I was little … (he burst into tears at that moment) ”. After taking a break, Mirand continued: “You leave home so young and coming back is always special. As my father says, we are where we wanted ”.

Going to Barça, a difficult decision

Juan Miranda explained how his departure to FC Barcelona was: “It was difficult, it was leaving your home. My family and I believed that we had to make that change. It went well, today I am a professional footballer and very happy ”. The decision to return to Betis this summer was much easier: “Years ago Betis has also been watching over me. I have been from Betis since I was born as they instilled in my family. In the world of football you never know until the last minute. It was clear to me that my first option was to go back to Betis, to go home. There was a bit of fun with friends. Some told me to come, others not … Luckily it happened and we are here ”.

Regarding future plans, Miranda, who will turn 21 next week, was not very explicit, as his contract ends in June, although the Barça club has the power to unilaterally renew him for two more seasons: “As Antonio says (Cordón) remains to live this last stretch of the season and in football you never know but it is true that I am very happy here. In the future it will be seen ”.

Miranda now has Rodri as a partner at Betis, who was his partner in the FC Barcelona cadets and with whom he shared a room for a year: “There in Barcelona I didn’t miss any Betis game, I watched everything. I also played with Rodri the first year, who is now with us. He charged me all the Betis games. The second and third year I was with Sergio Gómez, who we faced the other day in Huesca. He ate Betis games because of me ”.

Miranda praised Rodri, who has gained Pellegrini’s trust in recent games: “We didn’t even imagine that we were both going to be at Betis. I knew Rodri would arrive, he was a great player. Luckily we are both very happy. When he arrived at Barça, he looked confident and the truth is that he is doing very well here. Whenever he comes in, he brings something to the team ”.