You don’t have to have a happy ending to be perfect, something DC Comics has shown with the Arrow / Oliver Queen character.

Attention SPOILERS from The Last Green Arrow Story, which can be read in Green Arrow 80th Anniversary 100-Page Super Spectacular by Jeff Lemire, Andrea Sorrentino, Jordie Bellaire and Rob Leigh. Dc comics provides a description of the final days of Oliver Queen, with a great bittersweet story for the character.

For a long time Green arrow is one of the most popular heroes of Dc comics, since despite not having powers has come to be at the height of the greatest. With his bow, his variety of arrows and his different abilities, he has shown over the years that there is no challenge that stands in his way.

His death is a peaceful and beautiful moment.

The origins of the character of Dc comics they have always been related to the island where he was trapped. In that dangerous place, it happened to be Oliver Queen to Arrow, since when he got out of there he began to fix the world in his own way.

The Last Green Arrow Story reveals that when Queen grows old and remains rich and powerful, he decides to return to the island that forged him. His last words before entering the island alone are a message of love for Emiko. Oliver silently prepares himself and makes a bow and a set of arrows from remnants of the island, and feels someone watching, waiting, hunting. Build a fire, rush into the trees and try to evade your pursuer.

Moving around the figure, an exhausted Oliver finally ends up back in the fire he had made, realizing that it has all just been a circle. It turns out that the hunter is also Oliver Queen, or at least someone who appears to be a much younger Oliver, during his initial trip to the island. Handing Older Oliver a bright green arrow, watch as the old man thanks him, cries emerald tears, and is peacefully consumed by the flames. Young Oliver then continues his journey, seemingly ready to become Green arrow own right. It’s almost a death from some ancient myth that only readers will know about, as Oliver made sure he was the only person on the island that he could never fully escape. 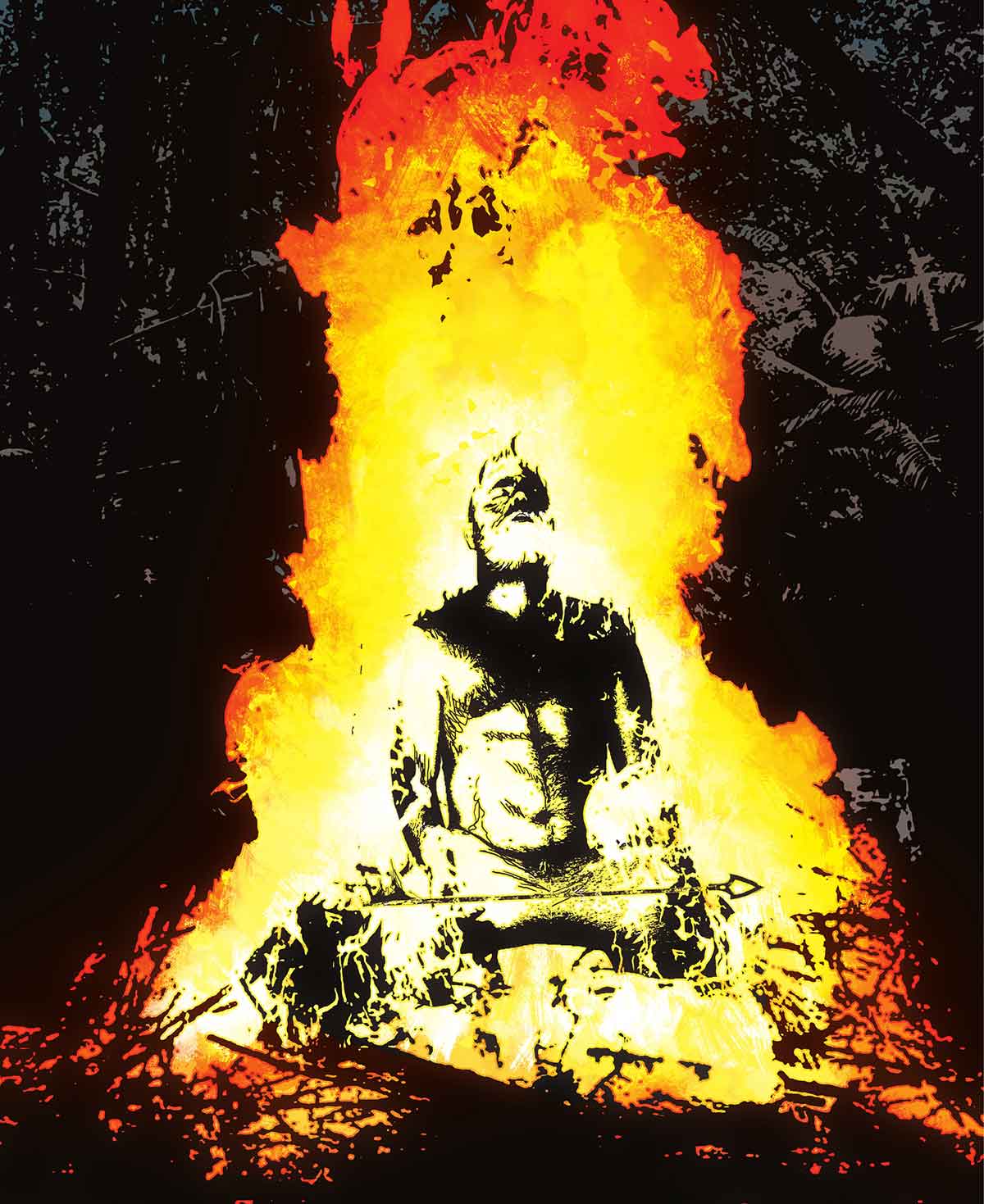