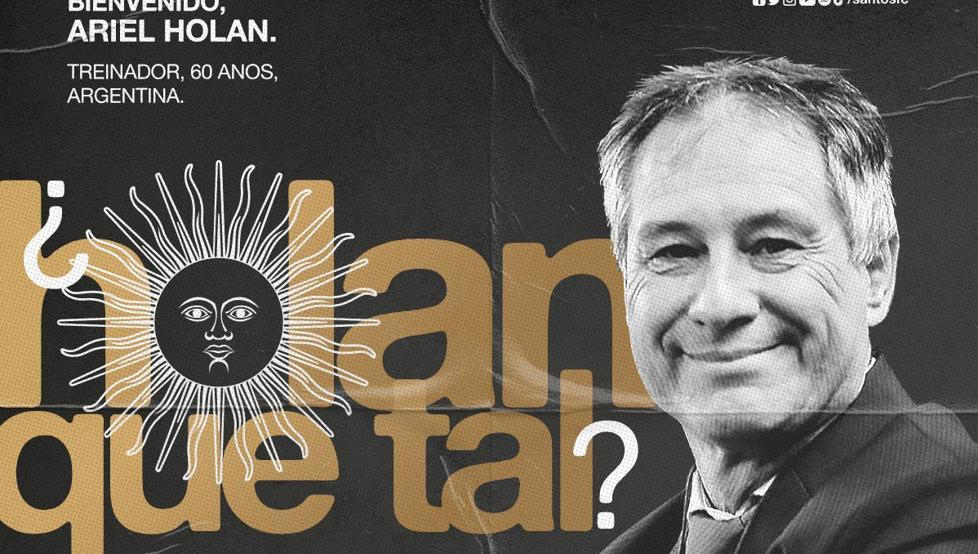 Santos announced on Monday the hiring of Argentine coach Ariel Holan, who signed a contract with the Brazilian team until December 2023.

“I am very happy to manage Santos, a club with so many stars, such as Pelé and Neymar. It will be a challenge to participate in one of the most balanced leagues in the world, but I am fully confident that we will deliver a good result,” said Holan in a release.

Holan, 60, arrives in Brazil after terminating his contract with Universidad Católica de Chile and will replace Alexi Stival ‘Cuca’, who resigned from the Albinegro bench after drawing 1-1 against Fluminense last weekend in the penultimate day of the Brazilian Championship.

From field hockey to soccer

Before entering the world of soccer, the Argentine coach was a field hockey coach and won a bronze medal with the Uruguayan team at the Pan American Games in Santo Domingo in 2003.

Won the Copa Sudamericana with Independiente

Later, he made the leap to football, in which he achieved his greatest achievement in 2017, when he won the Copa Sudamericana at the controls of the Argentine Independiente. Before, in 2015, he also directed the Defense and Justice of his country.

His last team was Universidad Católica, with which he won the Chilean championship last year.

In his first words as a Santos coach, Holan said that he will give the team an “offensive” style and that he intends to mix “more experienced” players with “younger” players.

“I know it is a very big responsibility, but I am encouraged,” said the coach, who promised to “learn Portuguese well” as a way to strengthen his ties with Brazil.

Fits with the Santos philosophy

For his part, the president of Santos, Andrés Rueda, said in the note that Holan fits perfectly with the philosophy of the club, which, on the other hand, is going through serious financial problems.

“He is a professional who uses the quarry, plays offensively and adapted to the financial issue of the club,” said the manager.

With Holan, the Santista board of directors once again bet on an Argentine coach, as it did with Jorge Sampaoli, who was at the head of the squad in 2019 and led the team to the runner-up in the Brazilian League that year.

Despite the economic crisis he is going through, Santos managed to reach the final of the 2020 Copa Libertadores, which he lost to Palmeiras, also from Brazil, in the final played on January 30 at the Maracana stadium in Rio de Janeiro.