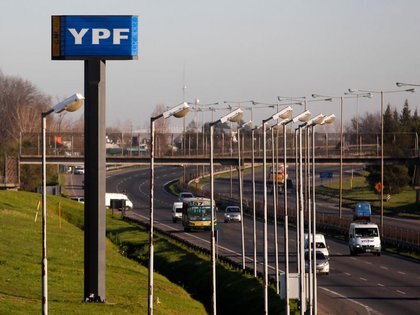 BUENOS AIRES, Jan 22 (.) – Shares of Argentine state oil company YPF rose more than 10% on Friday in a considered technical price rebound after plunging 15% in previous sessions over doubts raised by a bond swap proposal and the change in the company’s presidency, operators said.

“With the change of command, an attempt will be made to ensure a debt restructuring that benefits YPF more, freeing up the coming years of large expenditures and, thus, returning to more sustainable debt ratios over time and gaining productive capacity,” said the consultant. Delphos Investment.

The Minister of Economy, Marín Guzmán denied recent rumors about a possible nationalization of the company.

YPF recently modified the terms of exchange of its corporate debt for about 6.2 billion dollars, while current president Guillermo Nielsen said on Wednesday that he would step down.

“We suggest staying out of debt instruments of

YPF until the outlook is clearer and the scenario of a ‘hard default’ can be ruled out, “Delphos added.