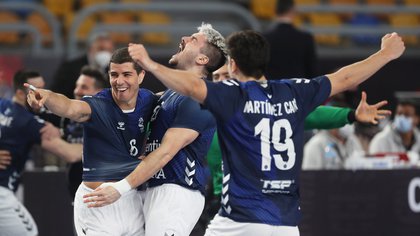 The Argentine men’s handball team defeated Croatia 23-19, European power, for the second stage of the World Cup in Egypt. In this way, he won a key game for his aspirations to reach the quarterfinals for the first time in history. On Monday The Gladiators will close their participation in this phase against Qatar in Cairo.

The group led by the Spanish Manuel Cadenas had a memorable performance and demolished their European counterpart from start to finish. In fact, he started 5-0 up on the scoreboard in a first stage in which he was seen as a clear dominator until the final moments, where the Croats achieved equality in 12.

That emotional blow in the result suggested a reaction from Croatia, ranked among the five most powerful teams in the world of handball. However, none of that happened: the Albicelestes stood before the giants led by Lino Cervar, resisted against repeated minutes with numerical inferiority, took advantage of their opportunities and stomped once again on Egyptian soil. 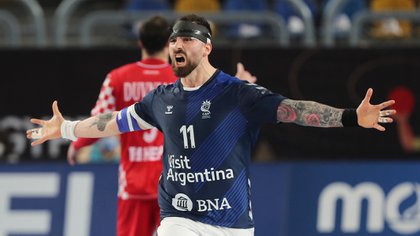 Federico Pizarro He was the top scorer in the national team with 4 goals, while he was followed by Sebastián Simonet, Federico Fernández and Santiago Baronetto (3), Ignacio Pizarro and Diego Simonet (2), Gonzalo Carou, Nicolás Bonanno, Pedro Martínez, Lucas Moscariello, Gastón Mourinho and goalkeeper Leonel Maciel (1). The croatian Ivan cupic He was the highest scorer of the meeting with 7 conquests (he was chosen as a party figure).

The Gladiators, who trailed two points from the first round, now have 6 units, reached Denmark at the top of the zone (later played against Japan) and beat Croatia (5). They complete Group 2 Qatar (4), Japan (1) and Bahrain (0). The first two will access the quarterfinal round.

The Argentines came from beating the Japanese 28-24 last Thursday, in what was his first victory in a second-round match at a World Cup, where the best performances of the national team -in the previous 12 participations- were twelfth in Sweden 2011 and Qatar 2015.

Who is Don Quixote that will command Argentina against the windmills