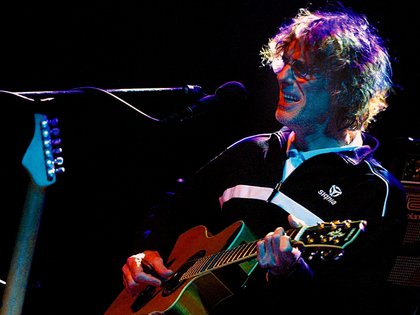 Buenos Aires, Jan 23 . .- Argentina celebrates the National Musician Day in homage to the birth of Luis Alberto Spinetta (1950-2012), according to a law enacted in 2015, in a context in which musicians have had to reinvent themselves by the covid-19 pandemic and when it was learned of the death of Gabriel Ruiz Díaz, the co-founder of the rock band Catupecu Machu.
“Today we celebrate Musician’s Day in memory of Luis Alberto Spinetta, an unforgettable artist. We greet the musicians and musicians of Argentina, who move us with their sensitivity and their creations. To all of you, happy day!”, the Casa Rosada tweeted.
The official account also shared a video filmed in all regions of the country together with the Ministry of Culture to celebrate National Musician Day with different artists from Argentina.
Tributes were added on social networks to the birth of one of the most influential rock musicians in Argentine music, who would have turned 71 today.
“On National Musician Day I hug all those who chose this beautiful profession. In these difficult times, giving music is essential,” tweeted musician David Lebon, who was a member of the band Pescado Rabioso with Spinetta, and shared a video where he performs with him live “Wake up babe”.
“El Flaco” Spinetta founded and joined some of the most important national rock bands such as Almendra, Pescado Rabioso, Invisible, Spinetta Jade and Spinetta y los Socios del Desierto.
The multi-award-winning musician was the author of songs that accompanied a generation, such as “Rezo por vos”; “Paper-eyed girl”; “All the leaves are from the wind” or “Continue living without your love”, among others.
The musician and producer Lito Vitale said at the Culture tribute that “Spinetta represents the” being “national artist: genuine, incorruptible, loyal to his artistic path, cultured, sensitive, brilliant, creative, immune to the absurd distraction that fame provides and the owner of a huge handful of songs to be discovered, rediscovered, not only stainless but more alive and current than ever “.
Spinetta had four children, Dante, Catarina, Vera -who posted a photo with their father on Instagram “I take you with me every moment. Happy eternity daddy” – and Valentino -who has posted a tribute tweet since 2018-.
THE CO-FOUNDER OF CATUPECU MACHU DIES
On this Day of the Musician Gabriel Ruiz Díaz, bassist and co-founder of Catupecu Machu, died at the age of 45, as confirmed by his brother, Fernando, the band’s vocalist, through an Instagram message.
“You left today on the day of the Argentine Musician. One day, in an interview, they asked him which was the album he liked the most in the history of our beloved Argentine rock, and Gabi said: ‘Artaud, by Luis Alberto Spinetta’. Surely it must be waiting for you so that with your four magic strings you can do what you loved the most in your wonderful and incredible life. Bass and music, “wrote Fernando.
“Fly high, as you always did, my brother,” Fernando said goodbye.
Gabriel founded Catupecu Machu together with his brother in 1994, and in full success of the band, in March 2006, he had a car accident in the city of Buenos Aires for which he had to spend six months in intensive care and which he never got to. recuperate.