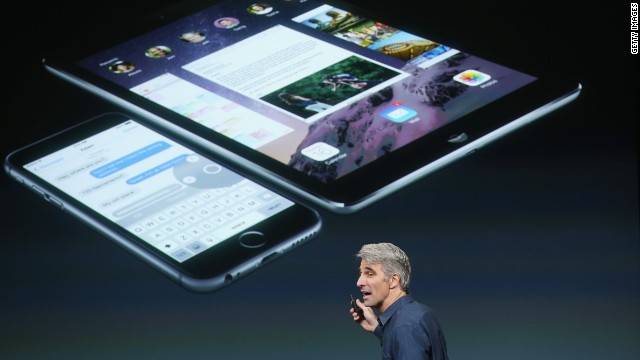 (CNN Spanish) – As revealed in the leak that took place in Apple’s official guide on iTunes, the much thinner iPad 2 Air and iPad mini 3 with cameras and fingerprint readers were finally revealed.

Tim Cook, CEO of the company, took the stage to present the new tablets and, in addition, gave a series of surprising data: 225 million iPads sold (winning in sales to Acer, Dell, HP and Lenovo) and 675 thousand of applications available.

The new iPad Air 2 is just 6.1mm wide, making it 18% thinner than the previous version and also the thinnest tablet in the world.

Another of the great problems of tablets, the reflection, was significantly reduced. The new model reflects 56% less and has a new processor, the A8X. The processor has second generation 64-bit technology, 3 billion transistors, a 40% faster CPU and a 2.5 times faster video card than its predecessor.

The iPad Air 2 has 10 hours of battery life and a new 8-megapixel iSight camera that manages to record video at 1080p. You can also take 43 megapixel panoramic shots and make slow motion videos. This camera changes the rules of the game, since previously taking pictures with the iPad was not recommended. That will change remarkably.

It also improved the speed of the WiFi connection and allows transfers of up to 866Mbps.

As the rumor indicated, it has TouchID, which is the fingerprint reader, which looks the same as it does on the iPhone, which until now was the only device from the company that had it. You can make online purchases with the sensor, but not with Apple Pay.

Another of the great details that Apple improved is that it has an even sharper Retina screen since it was assembled with another system.

The new iPad mini 3, which spent very little time on stage, has a 7.9-inch screen, a 5-megapixel iSight camera that can also record at 1080p, and an upgraded FaceTime HD camera.

64GB version and US $ 729 for the 128GB version if it is WiFi and with cellular connection.

Both models will be available to order from next Friday and will begin shipping from next week.

This is how we tell you minute by minute: