The courts of Oakland (California, USA) accept from this Monday the trial against Apple for alleged monopolistic practices by the lawsuit filed by Epic Games, a legal battle that could have consequences for the lucrative business of the virtual application store App Store.

At the center of the dispute is the question of whether the App Store – one of Apple’s main sources of income – is a monopoly and the iPhone company is taking advantage of it and harming consumers, as they argue from Epic , or if, on the contrary, it competes freely with alternatives such as Google Play, as the defense argues.

If, after listening to the numerous executives of technology companies called to testify in the next three weeks – among which will be Apple’s CEO, Tim Cook – federal judge Yvonne González Rogers ends up agreeing with Epic, the earthquake in the industry it could be capital.

Apple and Google control almost the entire market for mobile operating systems globally and both companies charge developers a 30% commission for transactions carried out through their digital stores, a policy that a contrary ruling could force them to resign.

Epic has also sued Google for the same reason and the trial is scheduled to take place in the coming months, presided over by the same judge as in the case of Apple, so it is foreseeable that what happens now will also affect the company from the internet search engine.

“This garden could have had a door, there was no reason why it had to be closed,” snapped attorney Katherine Forrest, who represents Epic’s interests, in her opening arguments.

Forrest was referring to the popular description of the App Store as a “fenced garden” by Apple.

ENCLOSED “IN THE GARDEN”

Epic’s lawyer argued that the iPhone company locks its clients in this garden and does not let them leave, and pointed to internal documents exchanged between company executives in which they precisely discussed how to achieve this closed ecosystem.

For its part, Apple’s defense, represented by Karen Dunn, accused Epic of not wanting to pay the fees paid by the rest of the developers, of seeking an “agreement apart from the rest” and of having decided to invest in lawyers and relationships. public rather than innovation.

The dispute dates back to last August, when Epic Games, owner of the popular video game Fortnite, announced that from that moment its users could make accessory purchases (that is, accessories for the video game) within the application itself and at a discount.

This goes against the policy imposed by Apple in its digital store, since if a user purchases accessories for the video game directly through its application, the firm that Tim Cook directs does not charge the 30% commission that is taken for all transactions that occur through the App Store. 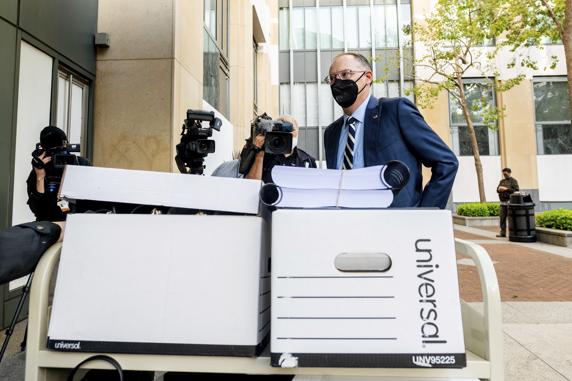 Thus, Apple – like its rival Android through Google Play – forces developers to have all financial transactions go through the virtual store, something that has earned it strong criticism in the industry and has placed it in the focus of several investigations against monopolistic practices in the US, outside of this trial.

Just a few hours after Epic Games revealed that it was going to allow in-app purchases, Apple responded by removing it from the App Store (a risky move considering Fortnite’s huge popularity and high number of players). what the developer filed the lawsuit.

Epic’s lawyers assured on Monday that the 30% commission charged by Apple is not linked to the costs of maintaining or guaranteeing the security of the App Store and that therefore it is a monopoly in which prices are set in a discretionary manner , regardless of costs.