One of the current conflicts in the technological world is of the commissions. The commissions are what have led Apple to face Epic Games in a lawsuit, mainly because Apple does not allow developers to use either their own payment gateway or one of third parties in their apps, since that way could not keep the relevant commission.

The commissions, in short, are in the spotlight and Microsoft, during the presentation of Windows 11, threw an important glove on Apple. From next July 28, developers who publish apps in the Microsoft Store will not only be able to use their own payment gateway or one of third parties, but they will be able to keep 100% of the income generated.

Of commissions the thing goes

Currently, when a developer publishes an app in the Microsoft Store, he can use the Microsoftr Commerce platform, whose deals are 85/15 for apps and 88/12 for games. That is, if a user makes a micropayment of ten euros within the app using this platform, the developer receives 8.5 euros and Microsoft keeps 1.5 euros.

That is precisely what changes from now on. Starting July 28, developers will be able to implement your own payment gateway or use a third party one. That way, and in Microsoft’s words, “they won’t have to pay Microsoft any commission. They can keep 100% of the revenue.” 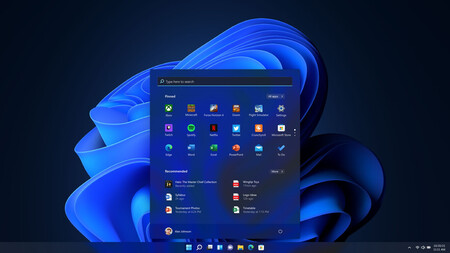 This move makes sense: promote the development of Windows applications that are published in the Microsoft Store. It has been something celebrated by one of the great personalities of the conflict of the commissions, Tim Sweeney, CEO of Epic Games, who on his Twitter profile has reacted to this news saying that “Microsoft’s version of 2021 is the best version of all “.

And it is curious that it is Tim Sweeney who reacts in this way because this new payment policy does not apply to video games. In games the commissions will remain the same, 88/12. In any case, it is a significantly lower commission than Apple’s, which is 70/30 except for developers making less than a million dollars, which is 85/15, and similar to that of the Epic Games Store (88 / 12).

According to a study by the Game Developers Conference, only 3% of developers believe that the 70/30 ratio is justified

As far as applications are concerned, from this week Windows developers will be able to publish any type of application in the Microsoft Store, regardless of the framework or packaging technology. In fact, Microsoft ensures that apps can be uploaded Win32, .NET, UWP, Xamarin, Electron, React Native, Java, and even Progressive Web Applications (PWA). It is clear that Windows 11 comes together with a strong commitment to the Microsoft Store and the company is clear about how to make it a more attractive platform for developers.

Opening the door to other payment platforms is something especially striking and of course it is quite a smack for Apple’s strategy with its App Store, but Microsoft reserved another surprise for us yesterday: that of the Android application support.

In Windows 11 it will be possible to run Android apps thanks to two unique elements. The first, Intel Bridge technology, a “post-compiler” that at runtime (that is, in real time) allows applications designed for other platforms to run on x86 devices. 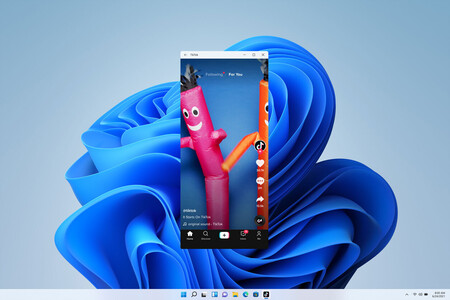 The proposal is remarkable because it will stand up to its competitors: Apple announced support for iOS apps on macOS with Big Sur last year, but even more interesting is the fact that ChromeOS, Google’s operating system, offers Android application support for years.

Microsoft’s announcement allows Windows 11 not to be left behind in that singular openness to mobile platforms, but as we said in this scenario there is a second relevant element. Its about agreement with Amazon app store, which from now on will be integrated with the Microsoft Store and will allow us to search for applications from one platform or another to install and run them on our computer. That deal is also eye-catching and raises an immediate question: why didn’t Microsoft partner directly with Google?

Difficult to know, but of course both novelties of the App Store open new fronts in Microsoft’s rivalry with both Apple and Google in various fields. All of them now pose particularly versatile alternatives for both end users and business users, but all of them – especially in the case of Microsoft and Apple – want to attract developers so that their application ecosystems win in full.