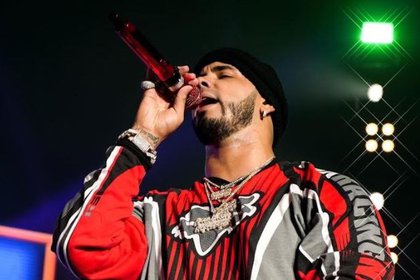 Anuel AA published an enigmatic video that sparked multiple speculation among his fans. The reggaeton player spoke of the consequences of fame, generated uncertainty about his state of mind and left the door ajar to the possibility of withdrawing from music: “I don’t even want to sing anymore, I’m tired of this shit.”

Through a Thank You sample from Dido (the same one that popularized Eminem in Stan), Anuel begins “without you I don’t feel well […] Living and dead inside, even a blind man sees it […] Before there were two of us and now we are three, with your photo on the wall, I fell in love with loneliness … “.

The singer posted the video of just over two minutes on his Instagram account, before his presentation at the Latin Grammy 2020. His words were understood as an outlet. In that sense, he raised how the cost of fame affects him: “I made a pact for money, but the damage is much more. In life you harvest what I always know […] I’ve done things that I know are a disappointment for Mommy but I don’t even sell drugs anymore, now I’m here at the Grammys. “

Without leaving room for doubt, the Puerto Rican speaks of depression and loneliness, beyond the ostentatious world of reggaeton. Following rumors of separation from Karol G, now Anuel AA, dedicated the song to his family but mainly to his son. “Daddy, you love your fans more than me,” says a verse of the subject relating a conversation with the child.

It was there that through his freestyle he once again awoke the rumors of retirement from music. “My son doesn’t want me to sing, he wants me to be with him, that’s why I’m going to retire because more than he suffers.” At the same time, he continued to worry about his emotional state: “You die for the fans, but live depressed.” Will a single relief be? A break? Or the confirmation of the end of his career ?: “I don’t even want to sing anymore, I want to retire and I never forget the beginning but this is the end.”

The video posted on Instagram was accompanied by an emoji of a coffin. With more than 5 million reproductions, hundreds of thousands of user comments expressed their affection asking him not to confirm the doubts he raised. He also shared the publication in stories with the phrase: “I’m done with this shit.”

The artist appeared at the Latin Grammy Awards that were held last night in Miami. There he paid tribute to the singer Héctor Lavoe. At the beginning he spoke again about depression, but then he raised his spirits not only with a Caribbean rhythm, but also with a hopeful phrase: “Life is only one, let’s not waste it.”

“Music humanizes us”: Celebration and tributes on the night of the Latin Grammy 2020

Eruca Sativa, before the Latin Grammys: “We are glad to be nominated with an album so rare for us”

J Balvin earned a Guinness record for his Grammy nominations