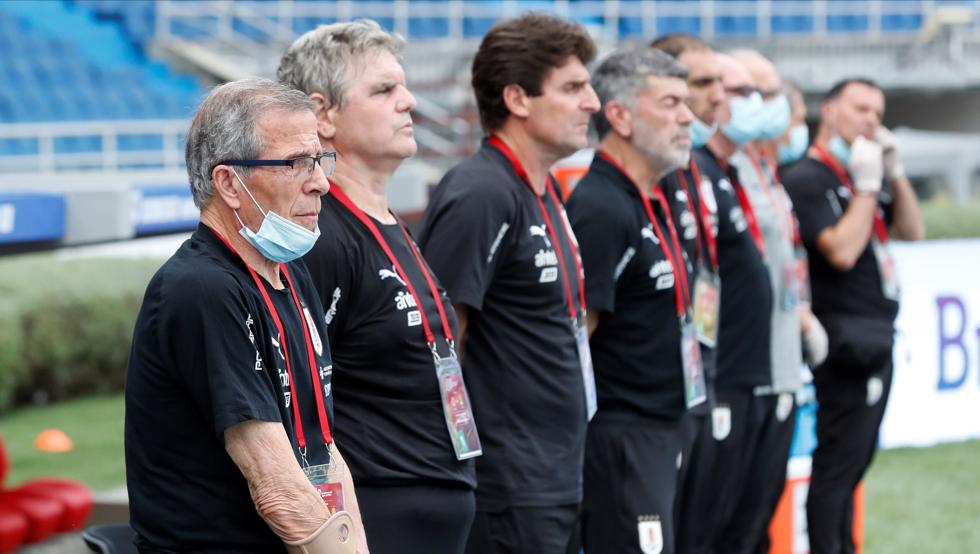 Coach Celso Otero, assistant to coach Oscar Washington Tabárez, confirmed to Efe that he tested positive for covid-19 and joins the long list of Celeste members infected in the last concentration for the South American qualifiers for the Qatar 2022 World Cup.

The 62-year-old coach has been in isolation for a week and “something expected” because he had “mild symptoms,” he said in a brief communication.

In addition, the local press comments that the ‘teacher’ José Herrera and the head of security Gustavo Mariossa would also add this Tuesday to the list of positive cases, which would amount to 20 with these three, although there is no official confirmation by the Uruguayan Football Association (AUF).

The biggest concern, without a doubt, is Uruguay coach Oscar Washington Tabárez, who is 73 years old and in poor physical condition. But, according to the local press, he tested negative on Tuesday.

Uruguay, a country located in the best places in the world in terms of pandemic control, with less than 5,000 people affected since March 13, has encountered one of the most affected soccer teams in the world.

The last known case had been that of Rentistas goalkeeper Yonatan Irrazábal, who this Saturday became the eleventh player affected.

The roster had started with Palmeiras full-back Matías Viña and was expanded to a list of 11 players, which includes Atlético de Madrid striker Luis Suárez and Cagliari defender Diego Godín.

The list is completed by the press officer, Matías Faral, the doctor Alberto Pan, the physical trainer Jorge Rey, the kinesiologist Richard López, the prop Víctor Brites and the audiovisual manager Emiliano Aguirre.

This outbreak had repercussions within the country, as the Ministry of Public Health fined the Uruguayan Football Association (AUF) at about 534,000 Uruguayan pesos (about $ 12,136).

“MSP fines the AUF 500 Adjustable Units for breach of sanitary protocols in the Celeste Complex. It is seen ”, wrote the Minister of Public Health, Daniel Salinas, on his Twitter account.

One of the points most criticized by the authorities of the Government of Uruguay was a photo that the soccer players shared in the courtyard of the Complejo Celeste – Uruguay’s training center – where they were around a stove without masks when they returned from Barranquilla, where they had won by 0-3 to Colombia.

The AUF sanction did not go down well in the blue establishment and Godín even told the local newscast Telemundo that, although there were infections, a hypothesis of carelessness could not be made from a photograph.

However, shortly after, Suárez spoke from Spain with the Uruguayan television program Punto Penal, in which he acknowledged that that image was “a mistake” and that they should have taken extreme “precautions”, although he tried to minimize the criticism.