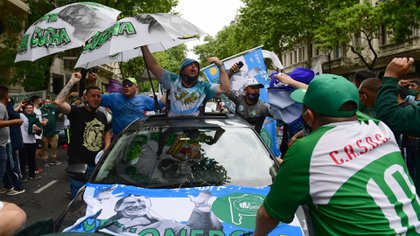 Political and trade union organizations aligned with the Frente de Todos mobilize to celebrate the Militancy Day, in commemoration of the return to the country of Juan Domingo Perón, in 1972. Some sectors of the ruling party consider that the mobilizations will serve as test to measure on the street government backing.

This day three different marches coincide with similar objectives. On the one hand, the “Caravan of the militancies”, at 6 p.m. before Congress, which is convened by The Campora in favor of the sanction of the wealth tax. On the other, the “Caravanazo” to the Obelisk, at 5:00 p.m., organized by the Trade Union Front for the National Model (Fresimona), where the Hugo and Pablo Moyano’s Trucking Union, Sergio Palazzo’s Banking Association Y Ricardo Pignanelli’s Union of Mechanics and Allied Transport Workers (SMATA), among others. And the “Federal Caravan”, promoted by the Evita Movement and Standing Neighborhoods, among other social movements related to the Government, which will gather at 4:00 p.m. before the Ministry of Social Development and will march towards Parliament. 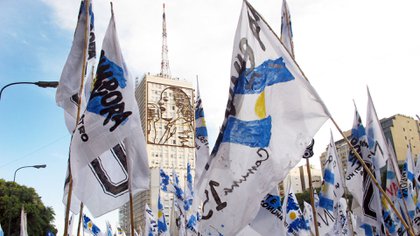 Unionism arrived divided before the celebrations of the Day of Militancy. The General Confederation of Labor (CGT) left in leeway to the unions to decide whether to mobilize or not. Some leaders closest to the Government will be present at the march before Congress, such as the cegetista co-owner Hector Daer, who endorsed the wealth tax from his Twitter account. It is expected that other unions of the labor union will send a discreet column of protesters, more than anything so as not to show that they have virtually distanced themselves from the government.

“We are not going to join these caravans in favor of adjustment”, he warned before . an important union leader, upset by the indifference of the Casa Rosada before the claims of the CGT, which last week detonated a heated meeting of your board of directors in which there was talk of protests in case officials do not provide solutions to union demands. 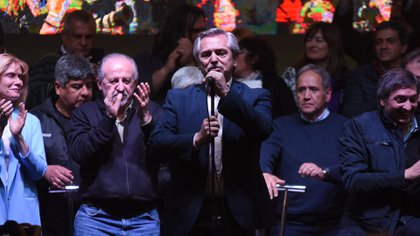 CGT requests include the continuity of financial aid, such as the IFE and the ATP program, which the Government will discontinue in the coming weeks, and “Guarantees” that the new pension formula “will not harm the beneficiaries of the pension system”, among other issues.

The doubts of the CGT to join the official caravans are not shared by the two CTAs, that they will leave behind their deep differences to march in favor of the wealth tax. The keteite fraction aligned with the Kirchnerism will mobilize until Congress. Its holder, Hugo yasky, is one of the deputies who is in the Chamber of Deputies to vote on the initiative. 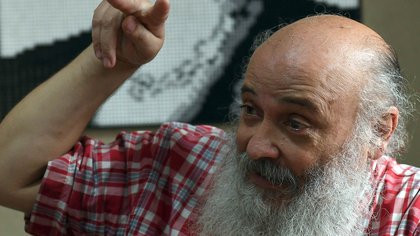 Emilio Pérsico, reference of the Evita Movement and official of the Ministry of Social Development

The Autonomous CTA, who leads Ricardo Peidró (medical visitors) and who maintains an independent attitude from the Government, also will march towards Congress, together with social organizations such as the Evita Movement, Barrios de Pie and the Union of Workers of the Popular Economy (UTEP), and entities that group SMEs. However, the call was formalized through a statement in which they express criticism against the Government.