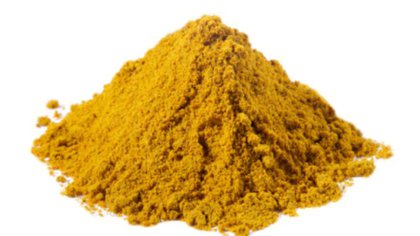 The ANMAT prohibited this Thursday through its publication in the Official Gazette, the marketing of a brand of curry

The National Administration of Drugs, Food and Medical Technology prohibited this Thursday through its publication in the Official Gazette, the marketing of a brand of curry.

Provision 8566/2020 establishes the prohibition of “the commercialization in the entire national territory of the product:” CURRY SUAVE, RNE: 03000229, RNPA: 02-659802, Fracc .: Valles del Norte – Ba. PM Acevedo (Ctca), ORIGIN: ARGENTINA ”, for lacking establishment and product records and for being falsely labeled with a non-existent RNE and RNPA number, thus turning out to be an illegal product.

In the recital he explains that the proceedings “were initiated as a result of a claim from a consumer before the Food Sanitary and Nutritional Surveillance Department of the National Food Institute in relation to the commercialization of the product that would not comply with current food regulations ”.

Before it the investigation started through federal consultations with the Food Science Department of the province of Catamarca and to the Directorate of Industry and Food Products of the Buenos Aires province, respectively, in order to verify if the establishment and product records displayed on the label of the investigated product were authorized ”.

With this, “the Department of Sanitary and Nutritional Surveillance of Foods of INAL notified the incident in the Network of the Food Surveillance Information System – Network” and that said department “verified the online promotion and sale of the aforementioned product, therefore, notified the Program for the Monitoring and Inspection of Advertising and Promotion of Products subject to Sanitary Surveillance so that it can proceed to evaluate the measures it considers adopting ”.

The health authorities determined that “because it is a product that cannot be reliably and clearly identified as produced, processed and / or divided in a specific establishment, It may not be produced in any part of the country, nor marketed or sold in the territory of the Republic.”.

Finally, they added that “in view of the detailed circumstances and in order to protect the health of citizens in the face of the consumption of illegal products, whenever it is food products that lack registration, which is why their traceability, their production conditions, their quality with adequate levels of control cannot be guaranteed under the conditions established by current regulations and its safety, andhe INAL Food Regulation Rectory Department recommends prohibiting the marketing of said food throughout the national territory ”.

ANMAT prohibited the marketing of two brands of ethyl alcohol

ANMAT banned a brand of alcohol gel, a dietary supplement and two oils