. – Simple animal life may have existed in the oceans 890 million years ago, according to new research.

Recently discovered ancient sponge fossils could be the oldest remains of an animal body known so far. It is 350 million years earlier compared to other sponge fossils.

Elizabeth Turner, Professor of Paleontology and Sedimentary Geology at Laurentian University in Ontario, discovered what she believes to be possibly fossilized sponge structures that existed on reefs millions of years ago. They found them in rock samples in northwestern Canada.

A study on Turner’s findings was published Wednesday in the journal Nature. 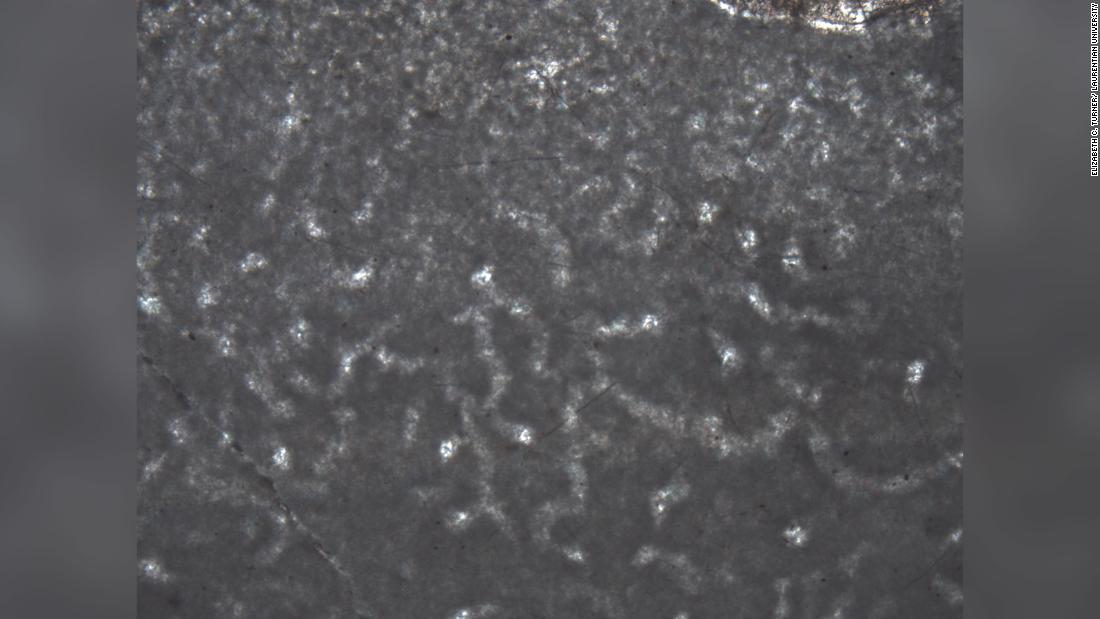 This is a small sample of a well-preserved microstructure in an ancient sponge, which was shared in Turner’s study.

Little is known about the days when animal life first emerged on Earth because the fossil record is sparse. While scientists have used genetic evidence to suggest that sponges first appeared between 541 million and 1 billion years ago, during the early Neoproterozoic era, the lack of fossilized sponges has created a knowledge gap. Turner’s discovery may help fill that gap and provide a glimpse into the oldest marine animal life on Earth.

Lightning and the origin of life on Earth 1:10

“I came across some very rare examples of material in fossil microbial reefs during my PhD research that was not related to this topic, a long time ago,” Turner said. “When I became a teacher and got my own scholarships, I was able to go back to the field sites and collect more material to have a stronger collection to work with,” she added.

“This organic skeleton is very characteristic and no comparable structures are known,” said Joachim Reitner, a professor in the Department of Geobiology at the University of Goettingen who reviewed Turner’s study before publication.

The life of ancient sponges

Ancient sponges lived in “dark nooks and crannies” above and below large reefs made of water-dwelling bacteria that photosynthesized or converted light energy into chemical energy.

“They may have settled in and lived a good life without having to evolve much for a few hundred million years,” Turner explained.

The “oxygen oasis” and potential food sources produced by bacteria could have been a very convenient location for sponges.

They find key fossils for the origin of humanity 0:51

These sponges appeared 90 million years before the events that were considered necessary for the appearance and diversification of animal life.

About 800 million years ago, Earth’s oxygen levels rose during what scientists call the neoproterozoic oxygenation event, when there was a substantial increase in the amount of oxygen in the oceans and atmosphere.

The sponges may have tolerated low oxygen levels, so what the bacteria provided might have been enough.

Then there were also cryogenic glacial episodes, during which much of the Earth likely experienced severe ice ages between 635 million and 720 million years ago. The sponges were probably not affected by this either.

Turner’s finding “is a milestone in the understanding” of the animal family tree and reveals that it originated much earlier than previously thought, Reitner said.

The chronology of animal life

Many fossils date back to the Cambrian explosion, a period 540 million years ago when diverse animal life flourished on the planet, according to David Bottjer, professor of Earth Sciences, Biological Sciences and Environmental Studies at the University of the South of California. Bottjer was not involved in this study.

“The fossil record of animal life is something that interests many people, and in particular (the question of) when animals first evolved on Earth,” he said. “The big discussion has been whether or not there was significant animal life in the Precambrian, before the Cambrian explosion,” he explained.

The researchers use two sources of information to address this issue, he said. One is the fossil record. Then there are molecular clocks, which are used to help scientists estimate how different organisms evolved over time. The idea is that the DNA of organisms evolves at a constant rate and genetic evidence can fill in the gaps where the fossil record is scarce or does not exist at all.

“This molecular clock approach says that animals were on Earth long before the Cambrian (period),” Bottjer said.

If diverse and complexly structured fossils appear in the rock record from before and during the Cambrian period, this suggests that the animals had to evolve before that, Turner noted.

Bottjer believes that Turner produced “a very well-founded article.” He also acknowledges that his findings are certainly going to lead to discussions among researchers.

“I tell my students that all Precambrian fossils are questioned by some because it is very early in evolution,” Bottjer said. “These animals do not usually have all the characteristics that evolve later, so it can be a bit misleading. I hope to see what the answer is, but I think it is a very strong case,” he added.

What’s not surprising is that the earliest evolutionary animals were likely sponges, Turner said. Sponges are simple, basic animals with a long history in the fossil record, and previous research suggests that they probably appeared around this time.

Investigate the distant past

Now Turner wants to investigate when sponges arose if they were already present 890 million years ago.

“The early evolution of animals remains murky, regardless of what I have to offer in this article,” he commented. “What is needed is a lot of really focused work on very carefully chosen rocks of the same age, as well as younger and older rocks, to look for other possible physical evidence of early animals, both the sponge-like ones and possibly others. more complex types of animals, “he added.

He also suggests keeping an open mind while searching. When it comes to the oldest animal life, researchers really have no idea what they are going to find. 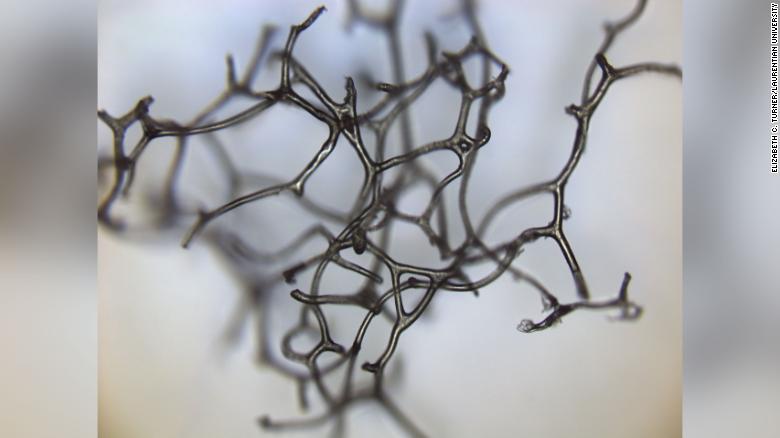 Three-dimensional fragment of the skeleton of a modern bath sponge.

Turner also said that the current academic standard and research grant system provide less support for the types of work that are time-consuming, and often lead to unpublishable findings, which will be necessary to fully understand and research the record. rocky of early animal evolution.

“If we look for something that looks familiar to animals, we will fail, because the familiar is too complex for the first animals,” he said. “We need to do a real soul-searching about how the preservation of the first animals could have been,” he explained.

This research could even help in the search for life outside our planet. As the Perseverance rover searches for evidence of ancient microbial life on Mars in an ancient lake bed, the record of ancient rocks on Earth could help scientists spot intriguing targets.

“If we are going to find things on other planets, they will probably look more like Precambrian things than something that is a million years old and has mammoth bones,” Bottjer said.