Home>U.S.>Andrew Yang: “I want to do more for the Latino community”

Andrew Yang, the non-political politician, to whom many criticize for their lack of experience in Government and with which, at the same time, many are delighted, for being a fresh image, away from politicking, it seems to be the candidate to win in mayoral elections from New York. That, judging by what the polls show, facing the elections primaries of next June 22, which put you ahead.

But despite being on top of strong containers like Eric Adams, Scott Stringer, Shaun Donovan, Maya Wiley, Kathryn García, and Dianne Morales, among others, Andrew Yang, the 46-year-old businessman, the son of immigrants from Taiwan, who jumped into the political arena in the presidential elections for the Democratic party in 2018, and who admits that he has never voted for a mayor in the elections, knows that it is not easy.

Although it is sold as the best option to get New York out of the crisis in which the city finds itself after the pandemic of COVID-19False starts have made it easy for his detractors to throw darts at him. Comments on Twitter about the need to do “Enforce the rules against unlicensed street vendors”, his laughter at a comedian’s vulgar jokes about women, without having repudiated him; showing up at a Black Lives Matter march without even announcing yourself; and comments about gay people have it in their sights.

But he defends himself, claiming to be a friend and respectful of the LGBTQ community, women, social movements and vendors.

And in the middle of his campaign, which has taken him to tour all the counties of the Big Apple and to be recognized on the streets, Andrew Yang He sat on a Hells’ Kitchen coffee, in Manhattan, to talk to El Diario. He promised that if he reaches the Mayor’s Office, he will govern for all and will have in the City agencies people of all backgrounds and even political opponents who can be useful to move New York forward.

Yang stated that an eventual administration of yours defend and support the Latino community, will protect the undocumented, and gave his word that unlicensed street vendors, such as women who sell churros at stations, will not be persecuted, as long as they do not disturb order.

What would New York look like under your mandate and what would you start by doing?
“Our city is currently hurt, not only because we lost more than 30,000 friends and family members and neighbors, 600,000 jobs, and thousands of small businesses are either closing or hanging. So the first thing I want to do as Mayor is make sure that small businesses survive and stay open.

How can someone without government management experience run a city well?
“I would say that I have experience. I have owned and operated small businesses in New York City, and I believe that someone who runs a business knows that they have to provide on a day-to-day basis, that they have to manage a team, and build a culture where people can do their jobs better. . Nobody cares about excuses, politics, and I think that’s what many New Yorkers want to see in our city government. “

And what has been your experience?
“For people who are interested in my experience, I have a private company, I worked with a non-profit organization in the Obama Administration, and obviously I ran for president, creating a significant campaign and movement. And I participated with more than half a dozen competitors, with recognized names, including our current mayor. So, I think I have that kind of experience that a lot of New Yorkers are looking for. And I also want to recognize that I am going to need very deeply diverse people around me in government agencies (…) I want to put people with different backgrounds and certainly people with different political positions ”.

How do you plan to fight crime?
“One thing that I have advocated is that the new police officers that we have have to live in New York City, because that way they can have a better sense of the communities in which they live and understand them better to protect them. I think if they live here, it will be better for New York in terms of security. I am committed to reducing homelessness by more than 50% in my first term. Homelessness in the streets is a human problem and an economic problem, but also, at certain margins, it can be a public safety problem ”.

What can Latinos expect from you and how well do you know our community?
“I love the Latino community in New York. I identify myself in part, because I am the son of immigrants and many of us have parents who came here to give their children a better life. Latinos are a vibrant, entrepreneurial and caring community, and I want to do more for the Latino community. For example, when I spoke with the Washington Heights community, many there told me that they feel like they are county six of the city, because they don’t feel included. They should be more inclusive in everything and in access to services and what is happening in other parts of New York.

How important are undocumented people? Will you collaborate with the Migra?
“My God, no. I myself am the son of immigrants and one of the great things about New York is that it is a beacon for many who want to have a better life for themselves and their families. I am going to do everything in my power to support the undocumented, whether it be by investing more in legal services and trying to get more people to financial services. Train them… this must be a sanctuary city. Many thousands come to make a better life, and we are going to help them, both the undocumented and the immigrants ”.

You generated fear and rejection among street vendors… What do you say to them now?

“First of all I want to say very clearly that I support expanding the licenses for street vendors, and we have to make it easier to be able to support these families and that they do not live in fear of the authorities. But I appreciate how hard they work to support their families, and my goal is simply to include them in the city’s economy more easily. I understand, and I agree that even if we increase the number of permits, the demand is going to be significantly greater, but I say that these women have the same intentions that we all have, which is to go out and support their families, and they have nothing What to worry about in my administration. The only restriction, being frank, would be if they are doing something that disturbs order, but I’m sure that is not the case for them ”. 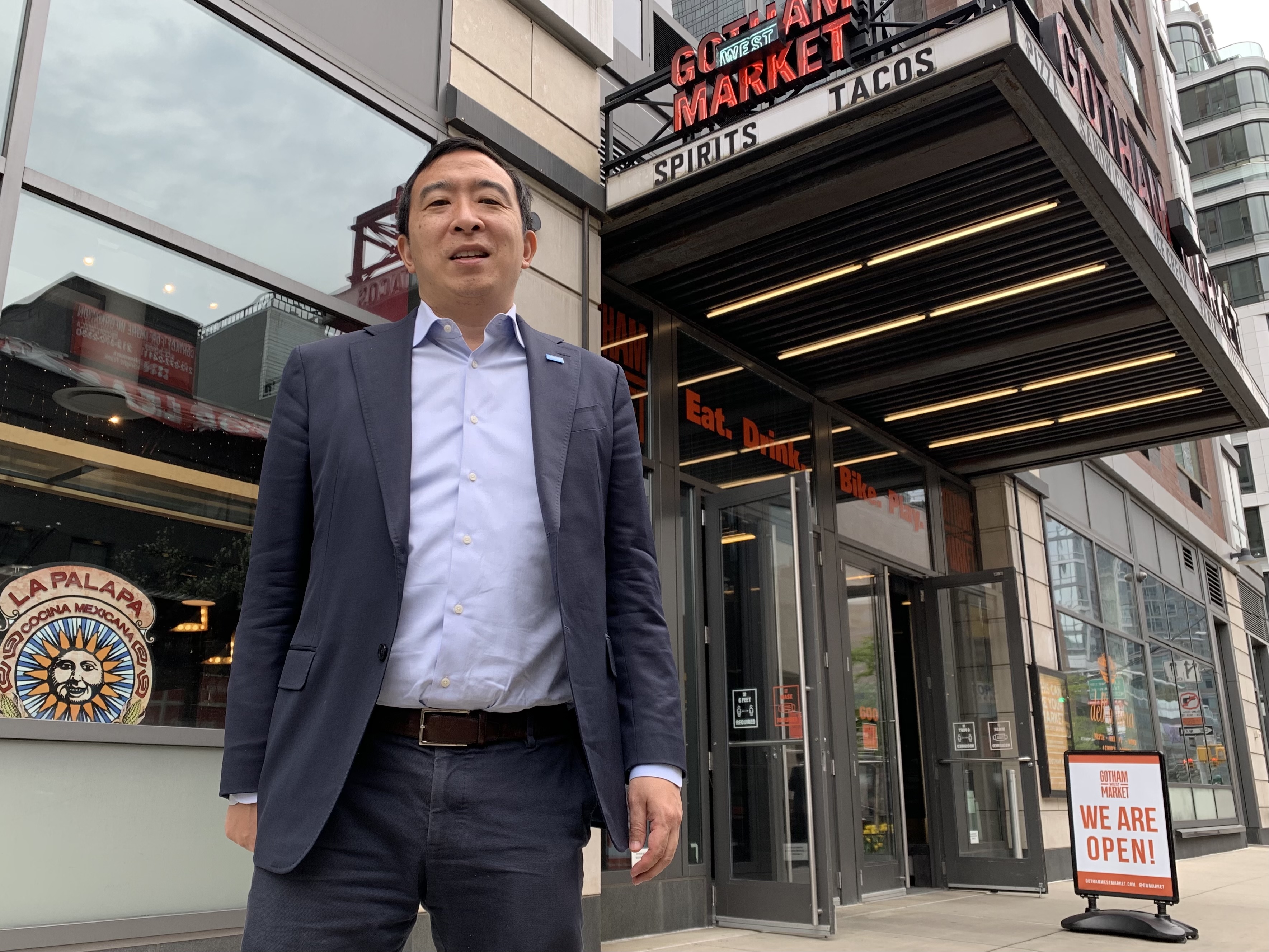