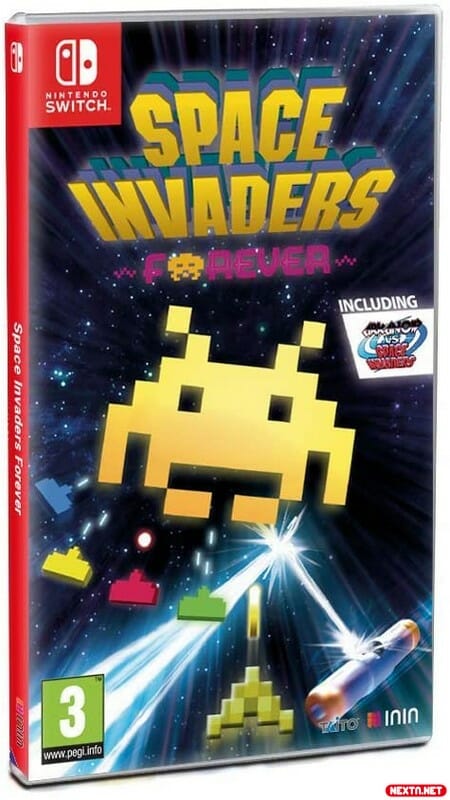 If we were to talk about the history of video games, we would probably come across several very specific ones. The first of them, almost certainly, would be Super Mario Bros. (and rightly so), especially if we were one of those who grew up with an NES in our house. However, before Super Mario there were already classics that marked the foundations that, to this day, are still being used, and that revolutionized the entertainment industry back in the 70s and early 80s. The main one is, of course , Pong, considered the first video game in the world as a result of being “accessible to all” and massively marketed thanks to Atari, creators of the game. But it would not be until several years later that one would arrive that would revolutionize, even more, the sector. Exactly, we are talking about Space invaders, the “Martian Killer” game developed and released by Taito Corporation for the Atari 2600 in 1978, which laid the arcade foundations of the time and which knew how to mark the way so that today we have many of the video games that exist (or have existed) on the market.

At this point, you are probably wondering why I am telling you all this, and it is not for less, since we have almost gone back to the origins of video games as we know them, but the reality is that parents must be respected and speak to them with the due affection they deserve, as they have given us everything. And it must be done even with those who will live forever, as is the case with Space Invaders, which returns 42 years later to bring us a compilation of three titles adapted to current times but sharing the essence that made it a legend. Because if, Space Invaders Forever It is now available for Nintendo Switch and PS4, and with this we can enjoy that arcade experience again but with substantial differences. Do you want to know more about those differences? Well, keep reading this analysis to discover them.

The classic among the classics, back multiplied by three

Space Invaders Forever is, as we have already mentioned, a compilation of three reinvented versions of the arcade classic: Space Invaders Extreme, Space Invaders Gigamax 4 SE, and Arkanoid vs. Space invaders. The first, originally released in 2008, takes us into a frenzy of colors and rhythm; the second, to a multiplayer experience with the original title but extended to several players; the third, released in 2017 for mobile phones, to face the fight against the Martians using the classic Arkanoid ship to defeat them all. Although all of them are based on Space Invaders itself, each one has, as you might expect, its own characteristics and peculiarities that make them more or less enjoyable depending on the moment or type of game you are looking for. 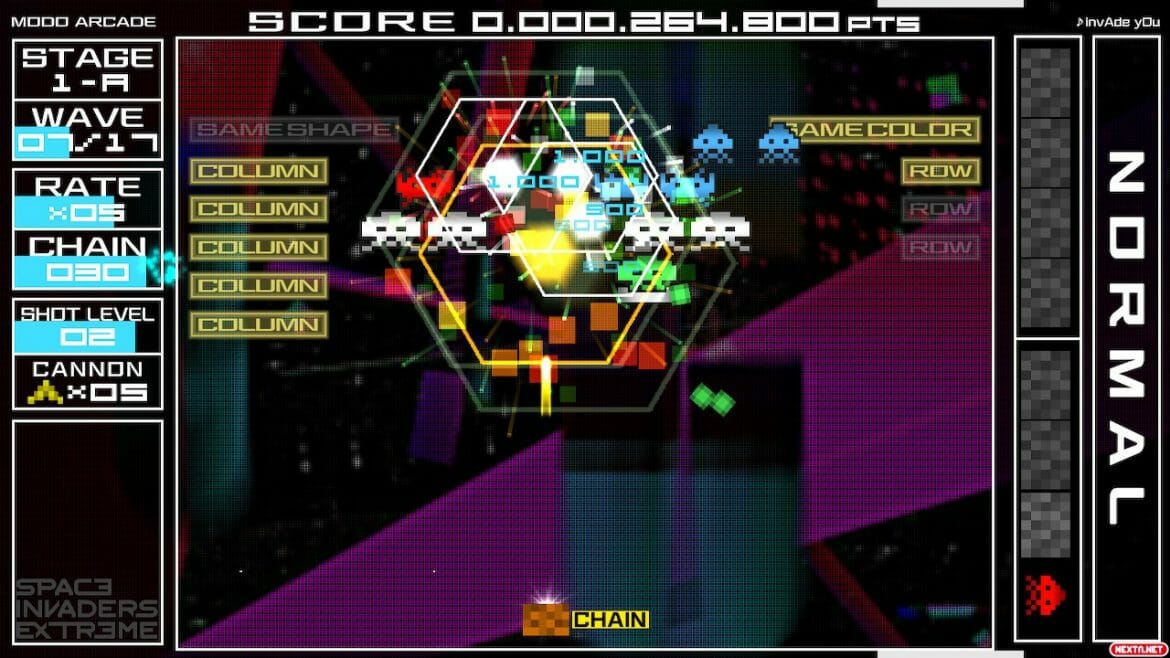 Space Invaders Extreme It is the first title that we see as soon as we start the game, a purely arcade version but updated to current times, full of rhythm, music that puts us in full action and lights, many lights. Playable it is much more fluid and faster than its original, with powers that we acquire by defeating, wave after wave, the enemies that are placed in front of us. So until reaching a final boss that makes things a bit more complicated for us than his subjects. By defeating him, we go to a new level, in a scenario that forks between different branches that go from the easiest to the most difficult, while we are unlocking them to be able to play them freely. In between all this, we find flashes, frenzy and some chaos that ends up being overwhelming and even counterproductive.Well, there have been few occasions in which I did not even know where my ship was, from where they were attacking me or if the flashes were from shots or the destruction of an enemy. Fortunately, if you are a photosensitive person, the game warns you as soon as you start it, so like the game, We recommend that you stay away from it in this case. 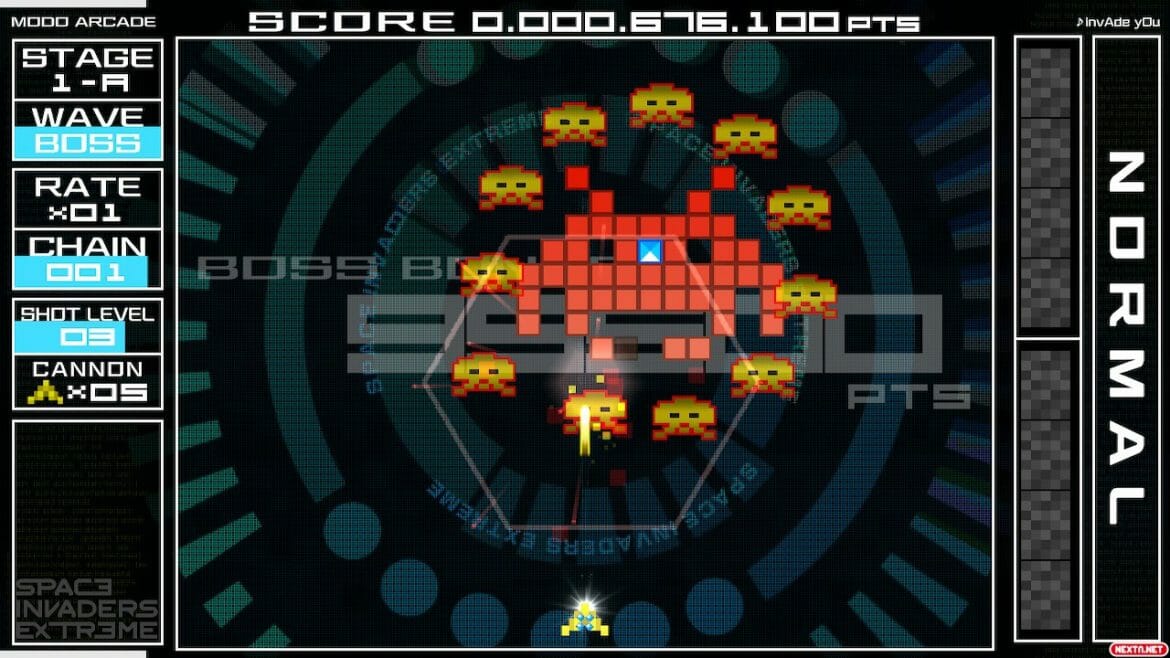 Matamarcianos with friends or… vertically?

Space Invaders Gigamax 4 SE, for its part, takes us to the most classic of the three existing experiences in Space Invaders Forever, but also the one that, unless we have someone to share a controller with, less start. The game is designed to be enjoyed with friends or family, since we are facing the classic of the classics but expanded to many more enemies throughout the screen and final bosses that do not make things easy for us. The gameplay is simple and straightforward: shoot, kill Martians and don’t get destroyed to get the highest possible score. And why do we say that it would be the one that we are likely to initiate the least? Because, despite being able to play alone, it doesn’t offer as much as its other two compilation partners do, as well as being harder to play and ultimately less fun. We see the ships that should be piloted by our friends, but even the AI ​​itself does not bother to fight by our side until it can give command to someone (and it also does not have online multiplayer, so we have no choice but to face the solo challenge). But beware, that is not why it is a bad game, far from it. If your rush (playing with friends) is met, it ends up being really challenging and fun. 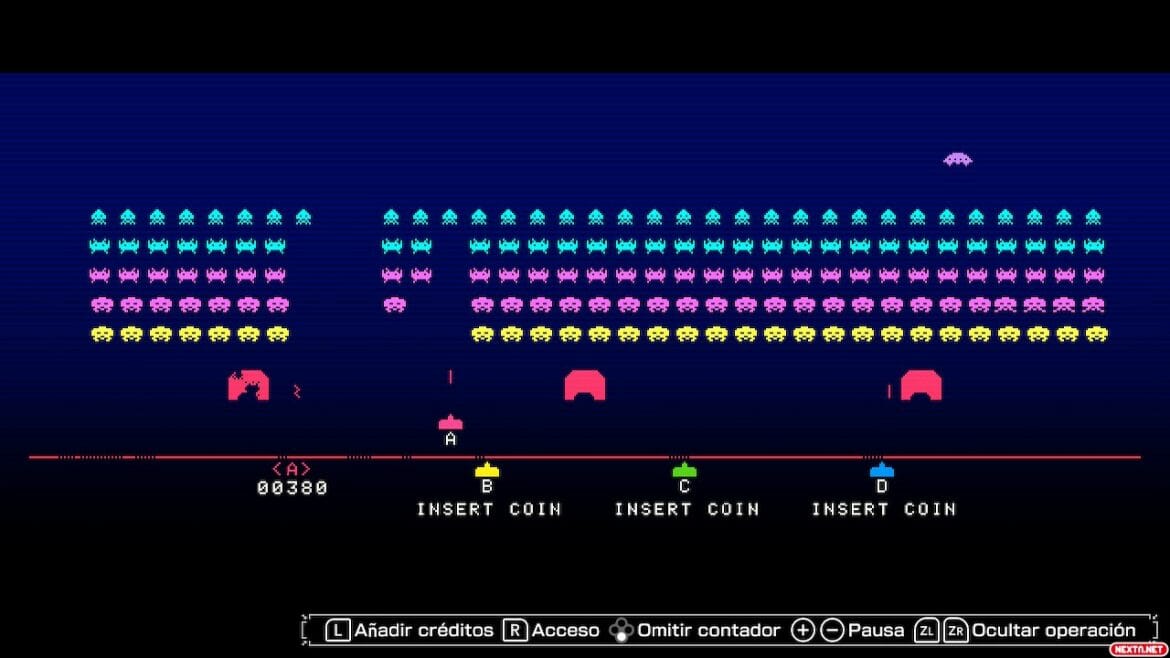 Finally we find the title that, for me, gives the most value to Space Invaders Forever: Arkanoid vs. Space invaders, a much more direct game that mixes the gameplay of the also classic from the early eighties Arkanoid with the already discussed Space Invaders, in an original mobile title but with more than 150 levels, a story, more than 40 characters from the Taito universe and a gameplay… touch and vertical! Yes, you read correctly. Arkanoid vs. Space Invaders takes us to a completely tactile and vertical gameplay, so we just have to turn our Nintendo Switch and slide our finger across the screen to control Arkanoid’s ship. The levels are fast playable speaking, some of them even less than a minute long, but they are not less complicated to overcome (depending on where we are). It is without a doubt, the most satisfying experience I have found at Space Invaders Forever, and of course the best ported of all, maintaining the tactile origin that it already had on mobile phones, although this is the only and exclusive way to play (it has no Dock mode or the ability to play with buttons), so your enjoyment is spinning the console and “fingering” the screen. 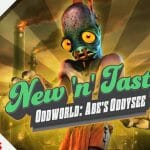 The characters also take us through the history of the company and the arcade games, many of them being well known by any lover of the industry. These companions give us new skills or extra help in order to overcome each of the phases of the game, increasing its playability with a series of achievements that push us to continue perfecting our attacks.

Space Invaders Forever is a good way to reinvent and reissue in different versions the original gameplay of one of the most important video games in history, allowing adults to relive the experience they had decades ago and giving the youngest the possibility of enjoying three different versions of a classic like Space Invaders (and Arkanoid). The collection, however, could have been somewhat more ambitious, including some other title or adding new extras that would favor the replayability, especially, of the first two games (Space Invaders Extreme and Space Invaders Gigamax 4 SE). Even so, we are facing the return of one of the fathers of video games, reinvented and adapted to the new times, and that can never be negative. Long live the space invaders. 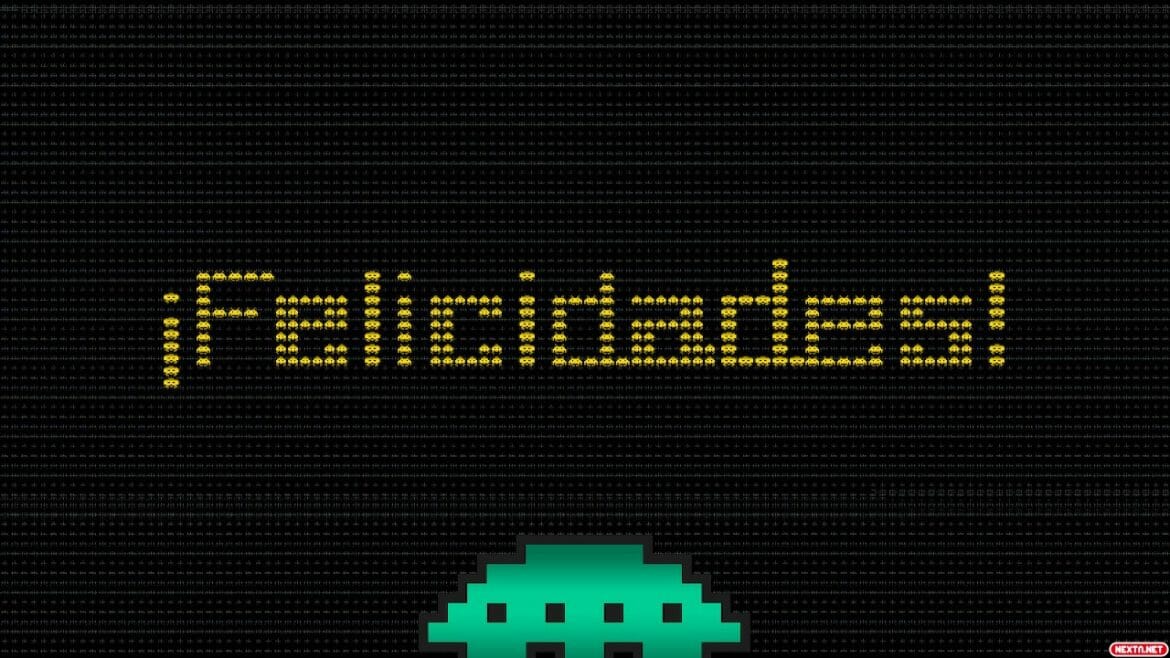 We have analyzed Space Invaders Forever thanks to a digital code provided by PR Hound. Version analyzed: 1.0.0 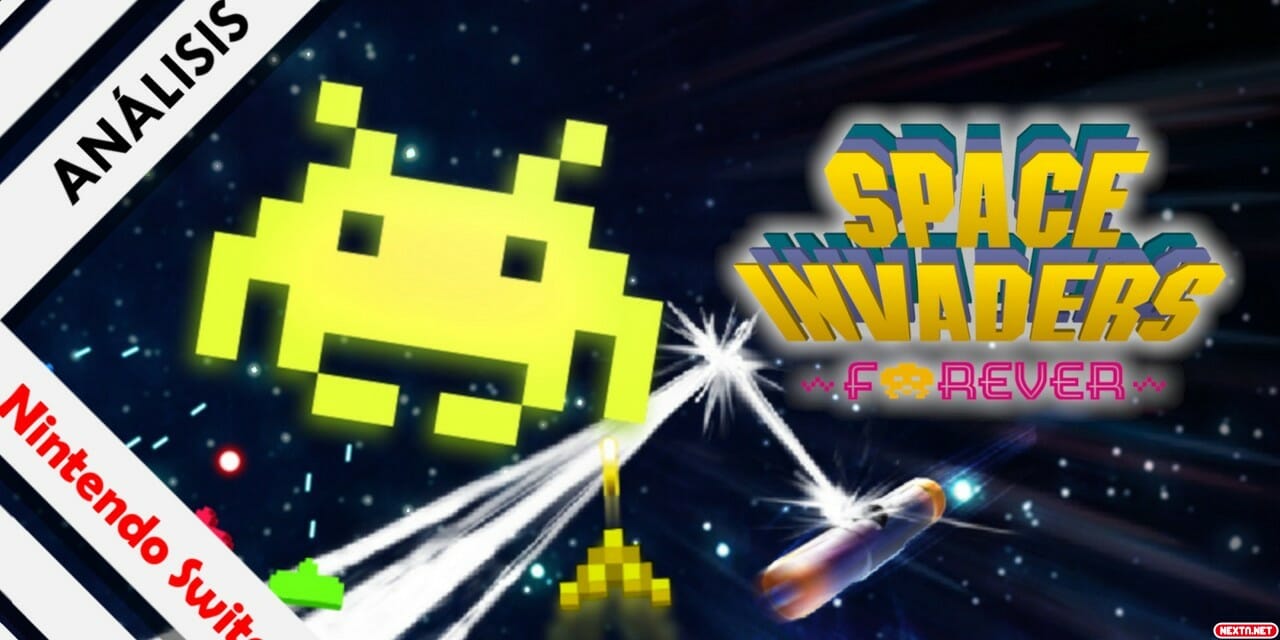 The classic is born, teaches, reinvents itself and lives … forever!

Space Invaders Forever is a good arcade compilation of the reinvents that the classic “little Martians” game has had over the last few years, but it feels scarce in some of its components that, perhaps, could have been expanded a bit more . Even so, it’s still hectic and perfect for a quick game in your spare time.

The perfect and careful adaptation to Nintendo Switch of Arkanoid vs. Space invaders

Fast and frantic action to play in your spare time, both alone and with others

Visually, Space Invaders Extreme ends up being a madness of lights, flashes and general chaos … for the worse