What if music games did not punish and were limited to rewarding the originality of the user at the controls of their mixes? The always complicated musical genre is reinvented again by the hand of Harmonix in a new, unpublished concept with a great future and a great base behind it. Make the stage yours with your impossible mixes and Fuser analysis, new from the creators of Rock Band.

Since the time of Beatmania from Konami, musical games have always been cut by the same concept: not doing things well has punishment on the melody. It’s neither good nor bad, it’s just something that has always been like this in the genre, like a shot to the head kills or a strong fist takes more life than a weak one. That’s why the new of Harmonix it has value and merit, what would happen if a whole genre reinvented itself, removing some of the benefits that make it recognizable without losing an iota of its essence? It is the case of Fuser. Rock Band parents’ production shifts away from musical instruments to mixing tables with success, but don’t be misled: It has nothing to do with it With nothing you’ve seen before

The feeling of sitting in a Fuser session is completely crazy in its first bars. It’s as difficult as you want it to be, with enough elements to create truly impressive mixing sessions where the last thing you care about is competing with someone or against the machine itself, something you can also do. Rewarding and constructive, the developers have managed to build a program in which the music and different genres of the last 50 years come together to create new unthinkable rhythms at the controls of your favorite console. The result? One of those gifts that one does not expect at the close of a generation of consoles.

Fuser may be one of the most pleasant surprises the music genre has given in recent years. A fresh, friendly proposal that threatens to continue expanding with new musical themes that broaden the sound horizons of what will surely be one of the main trends of the genre in the next years. But let’s go by parts, what does Fuser do well to have such a category?

The concept is simple; train it not so much. Four discs, each applied to a button: melody, percussion, bass and vocals. The objective of the campaign, separated into six episodes in which you will be accompanied by different promoters, is to become the king of the parties by following their orders and that of the demanding public. Do you know the typical heavy cubata in hand that asks for songs? Well, here you must pay attention to score points, since the measure of success is in the satisfaction of the public attending each party. From there, mixes as you please, mixing impossible artists like Rage Against the Machine, Rick Astley, Megadeth or Becky G. 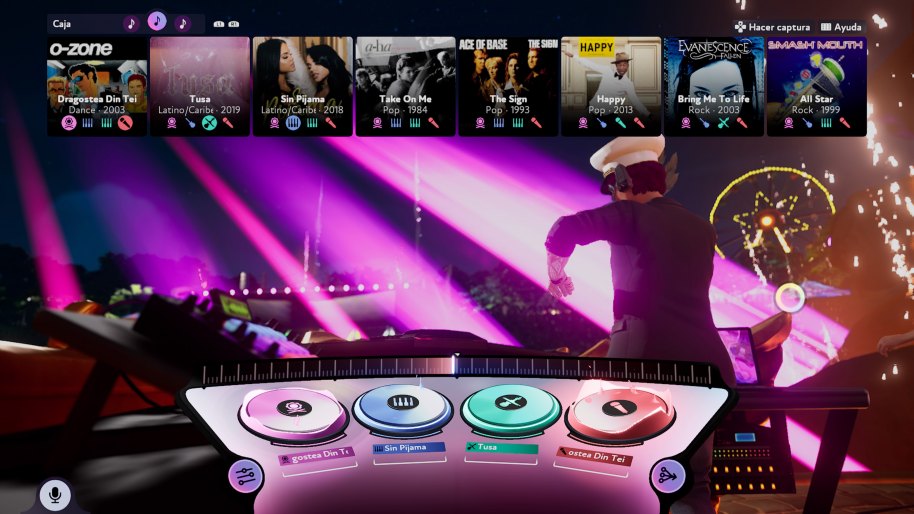 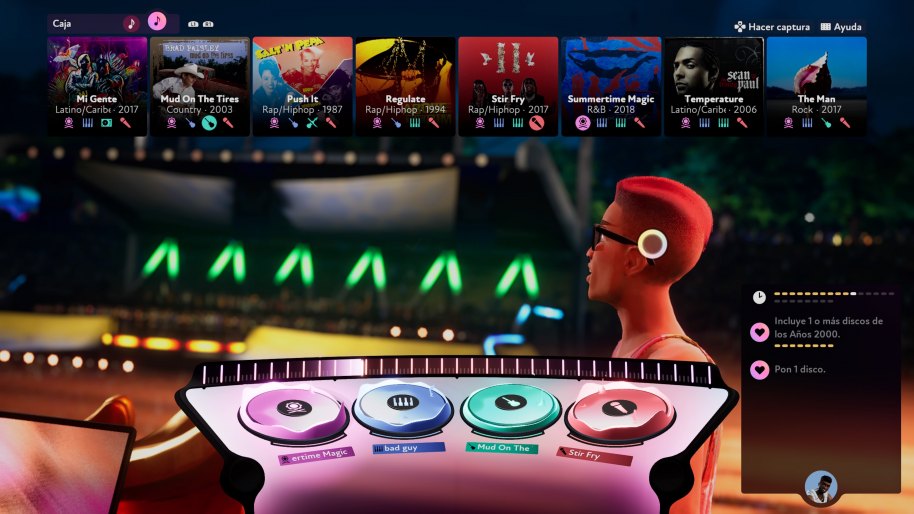 Nothing else? Absolutely. The campaign has thematic chapters, which will help you explore the different themes of your catalog in an organic way, making you go beyond your comfort zone composed of Imagine dragons Y Evanescence to the first of change. Launched into the void of the unknown, the campaign does not stop including tutorials to get you to the different layers of playable depth and sound of Fuser. The possibilities are wider than you would expect in the early stages of the game, and it never ceases to surprise that the title be sure to add new elements to your gameplay in the advanced chapters of the campaign, giving the impression that the story is a great tutorial in which to explore the capabilities of music software.

And although they are very spacious, they are also very kind with the player: you can place two discs simultaneously on each tray, increase tempo, pitch or combine the four categories in the way desired by the player without limit to create new incredible sounds. The key is in the compass: placing new themes at the right time is key, so do not lose detail of the timeline and the recommendations of each category to better execute the mix if possible. Not enough for you? Do not hesitate to buy new instruments to add and put your accent to your melody and session to highlight those solos of Fatboy slim or Funky cold medina. It is not an exaggeration to say that the identity of each mix is ​​unrepeatable, since it is like this: it is impossible for my mixes and my tastes to be repeated with those of another user because the combinations are endless. 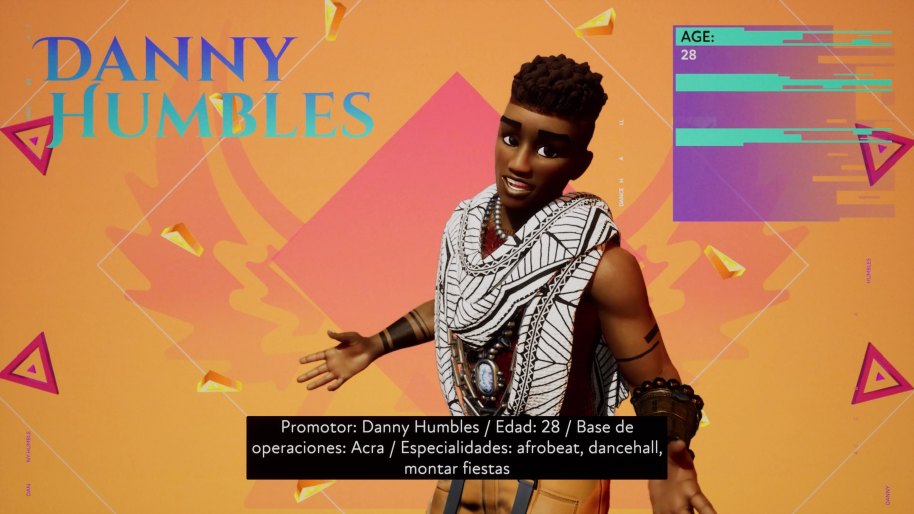 The promoters are a grotesque, but also the best allies in each session

From what has been explained in general terms of the game, it might seem that the challenge is conspicuous by its absence, but nothing is further from reality. Players willing to fight a musical duel have to play hours and hours on Fuser. The online mode invites players to put their musical taste to the test with the different requests of the game, the event attendees themselves and the expertise of the opponents in a mix of mathematical and musical game in which all the elements influence when adding new points that can destroy the opponent’s mix. The incredible thing, in any case, is that even mixing a competition between different players, everything still sounds good. The Fuser thing is a genuine musical miracle. 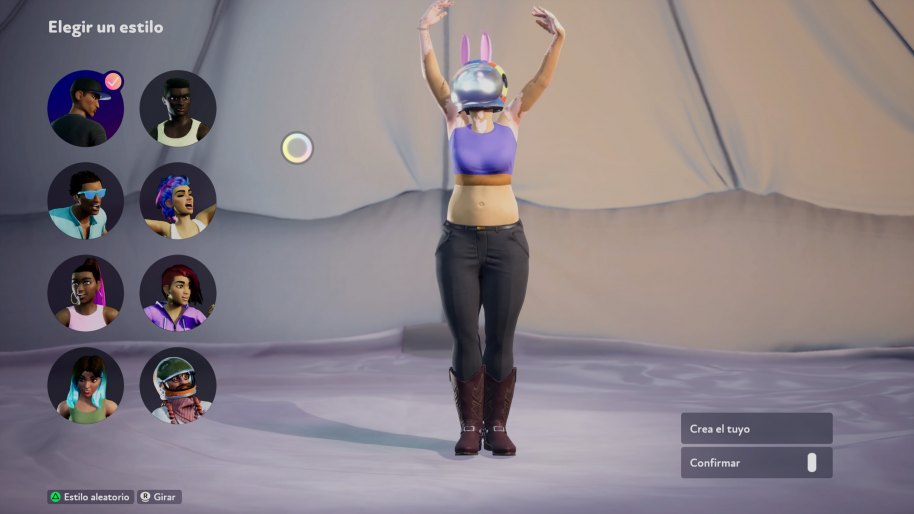 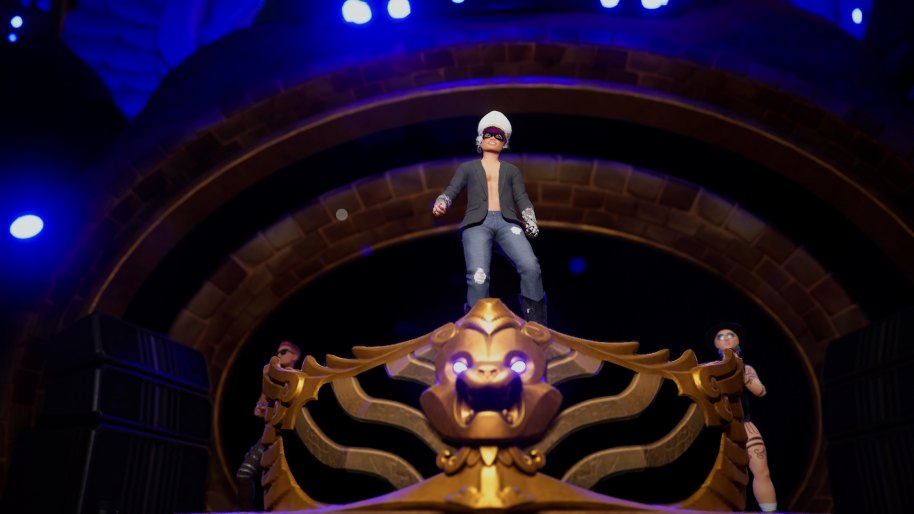 My pints in the game are a scandal. Not too far from reality?

The catalog of subjects has remained in 100 songs. You can consult them on the official page to find out what awaits you at their controls, but the selection offers an interesting collection of melodies that will provide hours of impossible and delicious combinations that you would never have imagined. There is already a first pack of 25 new songs that you can buy in bulk or separately. Harmonix has already confirmed that more content will come in the future, which will give greater variety to an already varied production in the present field. There are songs for all kinds of tastes and players, so you should not fear if electronic music is not your thing: you will end up doing genres of all kinds for the sake of your mix.

Fuser is openly inclusive, offering an editor for quirky characters that fit perfectly with the overall tone of the work. The stages are another of the great protagonists of the party: impossible constructions in which to unleash music, light and color shows. Extravagant, necessary and crazy, all good. The party environment and the unquestionably happy tone of the entire work collides with an audience worthy of the worst sports productions of the moment. It remains a duty for hypothetical future productions to create a credible environment in which to live a real party. Do not worry: it is not something you are going to repair excessively during the game, you will have enough with managing discs, instruments, requests and tempo. 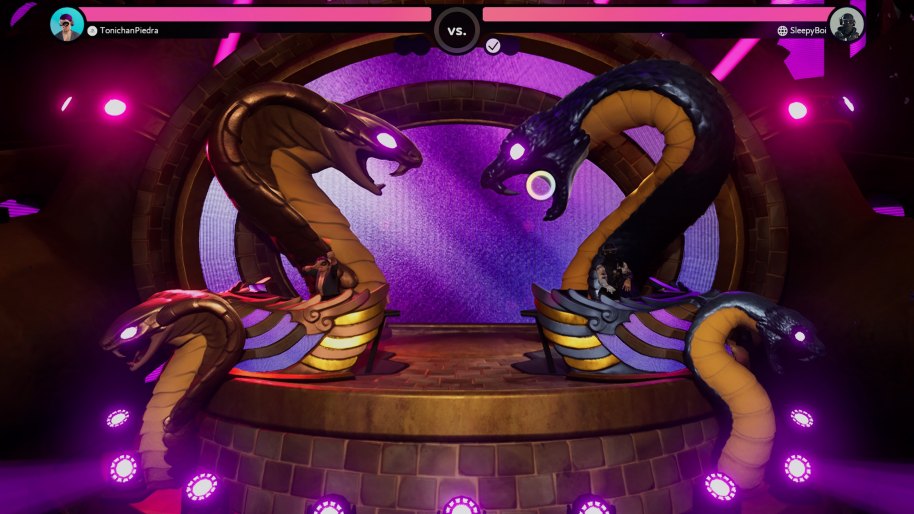 Fuser is a courageous exercise that has broken with many of the convictions of the genreWhat has surprised me the most about Fuser is going through him free mode and spend hours there mixing and doing my experiments without pressure from the public or the campaign. Turning music into play is not a cliché: Fuser is a brave exercise that has broken with many of the convictions of the genre, going beyond the classic and putting the originality of the user at the center of the experience. It is friendly and full of good ideas and tips that educate the user and elevate him to the category of DJ with few hours of play. Not satisfied with your good ideas, the software manages to include new sound and playable layers in which to expand the experience to new levels, but sufficiently alternative so as not to unnerve players who simply want to mix their four themes. 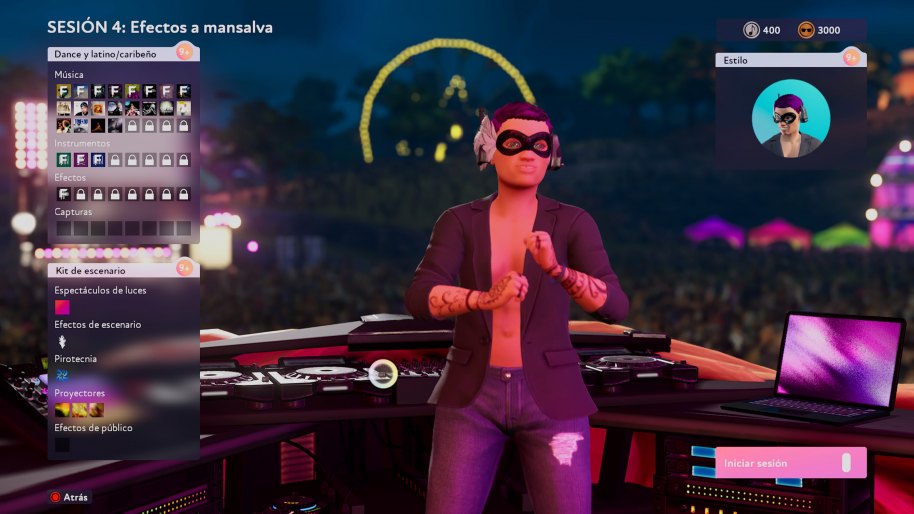 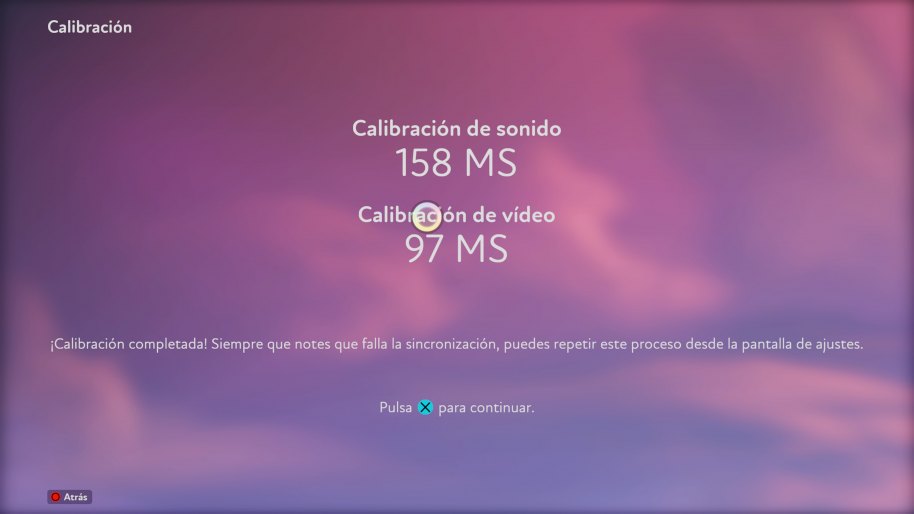 What must Fuser do to perpetuate his success in the future? Maybe create a campaign more focused on the challenge and less on the tutorial? Graphically enhance the large expanses of zombie dancers to create a more believable environment during sessions? What it would surely do is make it easier to unlock songs for our collection, but not because it is something excessively worrisome, it is only because of the desire to add new content as soon as possible without seeming that you are in a hurry to complete the list. More songs are more combinations, and more combinations bring more music festivals in your living room.

What its developers have achieved in this production has a lot of merit. Fuser is a fresh and rewarding production for all types of players. No matter how much you know about music or how much you like a particular genre or type of dance music, Harmonix has been able to offer a game for everyone, creating a true musical party in which competition and expertise they shine, but it is not the only thing that matters to enjoy a unique experience. The creators of Rock Band they have returned through the big door, and if the user is receptive to the proposal, they will be a trend in the new generation that is about to start.