One more year less than those led by Andreas Seidl precedes a season in which, although the technical regulations will remain practically unchanged, McLaren will face a new horizon after having made room for the new Mercedes engine.

In the absence of only three Grand Prix to conclude the 2020 season, the ten teams that make up the Formula 1 grid they are already preparing for next year in the absence of a decision on the intense struggle between various structures for third position in the constructors’ championship, among other troubles. One of them is McLaren: the papaya orange formation will not give its arm to twist until the checkered flag falls in Abu Dhabi on December 13, a defining moment that will put everyone in their place.

Since the technical regulations of 2021 It will be quite similar to that of the current year, most of the teams will focus their efforts on taking advantage of the presumable three days of winter testing to focus on the evolutions of their respective cars. However, those in Woking will have more work to do than everyone else as they go from equipping Renault power units to riding. Mercedes engines, a maneuver that, although it seems intelligent at first glance, requires numerous previous adaptations. 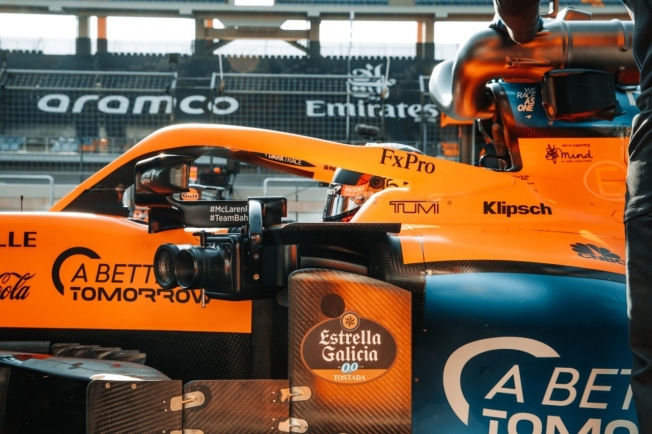 The evolutions in the MCL35 have not worked as well as they hoped, with the hope that it will not happen again in 2021.

“Obviously the work we have to do at McLaren in the winter is big because of the change of power unit“Andreas Seidl analyzed about it. “It will be open heart surgery in the car, but regardless of this, we are already trying to reduce the workload as much as possible of the members of the race team in winter; having one less test also helps in terms of the intensity of the winter program.

Everything indicates that the two weeks of winter tests that were reduced to 6 days for 2020 will even be half by 2021, so McLaren may face the first races of next year as additional tests for the tune-up of your new engine. The 23 races that will make up the new calendar will be another key point for the teams’ staff, since if carried out it will be the longest in history.

“I think it’s no secret, Zak and I have said it many times already: we would be more in favor of doing fewer races, maybe 20. We could alternate races from year to year to make sure we can continue to visit different locations and at the same time go to the new circuits or those we have not been to in the past, as we have seen this year. With fewer races we would give more value to them with greater exclusivity “, continued Seidl.

“In the end, that’s a Formula 1 decision. They are in charge of seeing what is the best way to move forward with all the analyzes they are doing, we trust that they will make the right decisions. In terms of format, I think a two-day GP is something that would definitely help reduce the workload for our employees, especially with triplets, with our mechanics and engineers spending more time at home, ”he added.

McLaren will evolve the MCL35 until the end of the year, confirms Andreas SeidlRead news

Finally, the German added that it will be a really busy year before the regulatory revolution of 2022 arrives. “Friday night is always very intense when it comes to work, so compact weekends, like the one we had at the Nürburgring or Imola, would help. It is a discussion about which we are absolutely open and that we will definitely have with Formula 1 as we move forward, “he concluded.