In the middle of the red traffic light, the head of the Mixed Fund for Tourism Promotion of Mexico City, Paola Félix Díaz, got married. The images of the wedding that reached social networks caused controversy, since in the epidemiological conditions in which the capital is, celebrations, meetings or parties are not allowed.

After that, the head of government, Claudia Sheinbaum was questioned at a press conference, responding that the official would be the one who would give the explanations for what happened, ruling out a sanction in this regard.

“She has to give a public explanation, if you did an activity that was outside the traffic light […] Everyone has to assume their responsibility”, He assured.

Towards the afternoon of this Wednesday, the newly married woman issued a public statement in relation to her wedding held at the Church of San Agustín, located in Polanco, one of the wealthiest neighborhoods in the city. 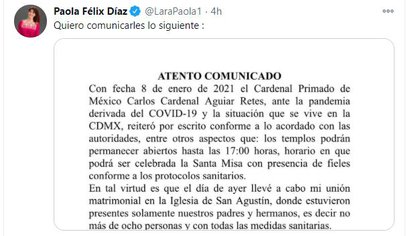 Assured that Cardinal Carlos Aguiar Retes reiterated in writing that, as agreed with the authorities, among other aspects, “the temples may remain open until 5:00 p.m., time when Holy Mass may be celebrated with the presence of the faithful in accordance with health protocols ”.

She explained that it was on January 12 when she celebrated the wedding with her now husband, Jorge Rizo Oñate, and that there were no more than eight people, so he would have respected the limit of attendees allowed by the authorities.

“Only our parents and siblings were present, that is, no more than eight people and with all sanitary measures”, He assured.

Likewise, he indicated that according to the rules, he requested a day off without pay to attend his religious wedding. 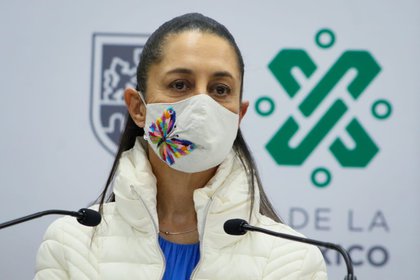 The Head of Government, Claudia Sheinbaum, urged the official to assume her responsibility (Photo: CDMX)

“It should be noted that according to the regulations, I requested the day without pay to attend the religious ceremony “, he pointed out.

Finally, he pointed out that as the capital president said, he assumes his responsibility and he apologized to people who have felt attacked by their actions in the context of the capital.

“Due to the above and as stated by Dr. Claudia Sheinbaum, Head of Government of Mexico City, I assume my responsibility and make public what is related to the religious ceremony. I am deeply sorry if you caused someone to be suspicious or uncomfortable; I reiterate that my marriage was carried out in strict observance of sanitary regulations by the authorities ”, he specified.

In addition to his statement, he shared an image where it is observed that there are indeed eight guests and a person standing who appears to be the photographer in the entire space of the church. 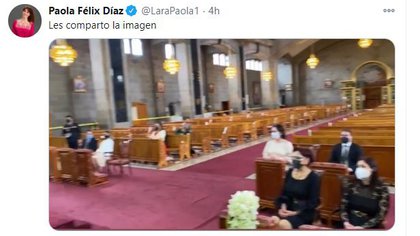 The official said there were only eight guests (Photo: Twitter)

According to the latest report from the local Ministry of Health, in Mexico City there are 374,850 accumulated infections, 32,370 estimated active cases and 23,836 accumulated deaths, of which 224 were registered in the last 24 hours.

And according to the federal health agency, Mexico City continues to be the entity that concentrates the highest number of cases and deaths in the entire country, that is, it is the epicenter of the pandemic.

CDMX restaurants will reopen on January 18; must test their employees for COVID-19 every week

COVID-19 in CDMX: hospital occupancy rose to 89%; another 120 beds will be enabled