Sofía Aragón said that during her preparation for Miss Universe, Lupita Jones’s Universal Mexican organization did not pay for her expenses. He had to use all his savings, and there came a time when he did not have money to eat, or to go to the doctor (Video: IG. @Sofaragon)

In a live video of almost 30 minutes, Sofia Aragon, current beauty queen of Mexico, and second finalist of Miss Universe in 2019, broke the silence and revealed to his more than 545,000 followers the “symbolic violence” suffered during his preparation for the world competition, and the null support he received from the organization and Lupita jones, who was Miss Universe in 1991, and founded Mexicana Universal.

In the first minutes of the broadcast, the model originally from Jalisco assured that she never wanted to talk about the subject before because she does not like conflicts and her mother taught her to be “nice.” However, the multiple questions and versions that have arisen about her, forced her to tell “its truth”.

“The strongest symbolic violence that I experienced was during my preparation. And the truth is that I think it was time to raise my voice, and I know that many queens are going to join because I am not the first, I will not be the last, and the truth is that I’m trying to make it as subtle as possible. I didn’t want to talk about it, I didn’t dare, but you asked me, ”he said on the live.

In 2019, Sofía Aragón attended Mexicana Universal as a representative of Jalisco. She hadn’t even been the winner of her entity, but entered the contest to replace Dorothy Sutherland -who had won the state title, but did not appear for the contest calls-. Despite the fact that she came as a substitute, the 26-year-old model gave the surprise and took the crown. Then, he began his preparation as a representative of Mexico in Miss Universe. 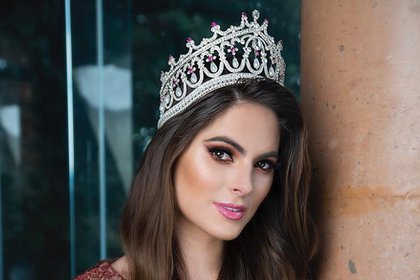 Although all the beauty queens were always granted financial support, they were paid the rent of the apartment, and the expenses, Lupita Jones told Sofía Aragón that there was no money for her (IG: @sofaragon)

Those months were agony for her. Despite the fact that Lupita Jones’ organization had always supported the queens financially, Aragon did not receive a peso during the six months that he resided in Mexico City. According to the version of the current host of La Voz, at that time, to finance her stay in the capital, she used the savings she had collected since she was 16 years old, the age at which she began to work. But the money ran out, and there came a time when he didn’t even have enough to eat.

“When I started preparing for Mexicana Universal Lupita told me ‘for you there is no money, there is no support, so do whatever you want’. I am the only queen in the history of the organization, call her Mexican Universal, or Nuestra Belleza, which is not given a single peso. I had to pay all my expenses, to support myself, my food, my gasoline, all the necessary expenses to live in Mexico City and to be able to continue with my preparation, ”Aragón confessed.

“There is a person in the organization who was very close to me, my motivational and spiritual coach, and I spoke to him in tears saying, ‘I show you my fridge, empty; I’ll show you my bank account ‘, I had 100 pesos, and’ I don’t have enough to eat anymore ‘”added.

Despite the fact that she suffers from endometriosis, a disease that occurs when the tissue that lines the inside of the uterus grows on the outside of it, the organization did not pay for doctor visits. Symptoms of the condition include bleeding, pain in the intestines, menstrual cramps, pelvic pain, and difficulty getting pregnant; And although her visits to the gynecologist had to be constant, in the six months that her preparation lasted, she did not go to a consultation even once.

“I used to tell Lupita, ‘Please, I need to go to the doctor, I don’t have what to do with’, and he would say to me, ‘Sorry, there isn’t,’ ”said the Jalisco model. 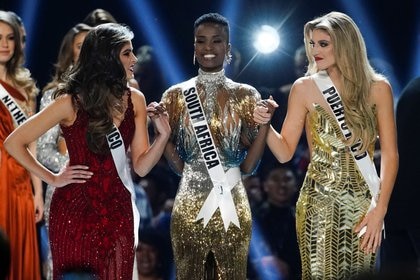 When she was on the verge of despair, a friend sent her 1,000 pesos and a bottle of red wine for “Rappi favors” with a note: “You are not alone. There are only three, four weeks left until you go to Miss Universe. With those 1,000 pesos do your last super “, the message said.

Finally, her coach convinced her not to abandon her dream, and she had to call her parents to ask for some money, a situation that bothered her because she had been working and being independent for many years. In December 2019, Miss Universe came to an end and the Mexican made an impeccable performance. He was very close to achieving the desired Crown. She was second, only behind South African Zozibini Tunzi. Since 1988, no national representative had managed to be a finalist, with the exception of Lupita Jones and Ximena Navarrete, who won the contest in 1991 and 2010, respectively.

Upon returning to Mexico, numerous doors were opened. His economic situation was still very unstable, but different job opportunities arrived that promised him a different future. In January, TV Azteca offered her a hosting contract on the network. And she, excited, told Lupita Jones. But the reaction was not what was expected.

“I came back from Miss Universe and they gave me the opportunity to do the Mañanitas a la Virgen and they told me ‘You have a lot of talent in driving, we want to offer you to stay with us as a driver.’ And for me it was that the clouds really opened up in a hurricane, because really I can’t explain how heavy it was that you see the countdown and you know there is no support ”, related Sofía Aragón.

“In January, TV Azteca tells me, we want to sign with you. And I was happy, because also my dream has always been the subject of driving, the subject of acting. Y I told Lupita very excited. […] I told him that day, people can speak for me but, the deal wasn’t even cuteBecause I spoke with her directly and I said, ‘What do you think are giving me this great opportunity, they are giving me the opportunity to be a host because there was the rumor of La Voz, and there were other special events. […] Still you know That same day Lupita stopped following me on social networks, she blocked me and I have not heard from her since January “added. 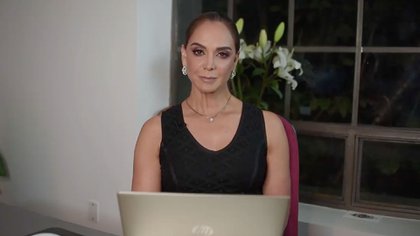 The Jalisco model did not hide that the contract she had signed with Lupita Jones did not allow her to work in other campaigns or outside the agency. But I did not receive any peso for that job, and I needed an economic income. For this reason, he accepted TV Azteca’s offer and signed a letter in which the television network promised to let Sofía deliver the crown at Mexicana Universal 2020, without exceptions.

“The issue is not that if I signed my contract I would no longer be able to deliver my crown the following year, because Azteca told me ‘you have no problem.’ In fact, there we did not even know if [el concurso] I was going to continue on which television station. So, I wrote a letter written by Azteca in which it was supported that I could deliver Corona in any case. ”

“Azteca from the minute I signed, made it clear to me that it had all the support to deliver my crown, regardless of where it was, whether it was here or in China, under any television station, under any platform. So, I said that to Lupita since I was going to sign my contract, and I repeated it again now that the concentration began ”.

“I am still a universal Mexican, because I have not delivered a crown and well, there is no new representative. But nevertheless, He no longer invited me to any activity, to any event, he did not speak to me again, he asked for everything he needed from me through a third party. The only time he spoke to me was about the deputies, after months of not speaking to me, he told me ‘I hope you join this deputies. And the truth is that it is true, I decided not to join ”. 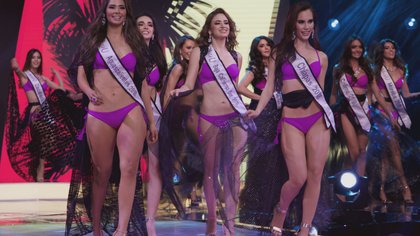 In the third program, the winner of the reality show will be known (Photo: ROGELIO MORALES /CUARTOSCURO.COM)

In this way, Aragon dispelled the rumors and affirmed that this year it will not be part of the coronation of Mexicana Universal, but not because of TV Azteca, but because of the problems it has suffered during the contest. In addition, he addressed a message to Lupita Jones and asked her to start evaluating all the women who participate in her beauty pageant.

“The organization always says that we are who we are thanks to them, but I would like, and this message goes directly to Lupita, that you also understand Lupita that yes, thanks to you we are many things, because you give us a platform, you teach us many things, we grow and we have more security and more confidence. But you also have to understand Lupita that you are and you have achieved what you have achieved thanks to all the queens that have passed through your organization. Thanks to all the dreams, to all the desire, at the time that we put it. Thanks to many women, not only those who win, but those who compete, those that are state, those that are national, those that are international, those that do not even pass. All of us are also making you who you are Lupita, all of us are filling you with possibilities. So I ask you please to value and respect the effort of each of your queens, both the ones you love and value, and the ones you don’t. Because we have done as much for you as you have done for us. ”

Who is Sofía Aragón: winner of Mexicana Universal 2019, writer and businesswoman

“I couldn’t get out”: Sofía Aragón, Mexican beauty queen, was trapped in Isla Mujeres by Hurricane Delta

The incredible resemblance between former Miss Universe Ximena Navarrete and Sofía Aragón, the woman who will represent Mexico in the next pageant