Amnesty International (AI) described this Tuesday as “prisoners of conscience” five members of the Venezuelan NGO Azul Positivo, dedicated to the prevention of HIV and the promotion of sexual health, imprisoned since last week under the accusation of association to commit a crime.

“Johan, Yordy, Layners, Alejandro and Luis are prisoners of conscience, detained solely for the humanitarian work they carry out in Venezuela with Azul Positivo”Said the director for the Americas of AI, Erika Guevara, according to a statement from the Organization.

In Guevara’s opinion, the Venezuelan authorities “They must immediately and unconditionally release them and put an end to the harassment, prosecution and censorship of all civil society organizations that work to protect the rights of the Venezuelan people.”

“Azul Positivo’s work is admirable and very necessary to mitigate the impact of the humanitarian crisis on people. Their work must be guaranteed, protected and celebrated, not criminalized ”, he stressed.

Mariela Belski, executive director of Amnesty International Argentina, added that “organizations like Azul Positivo seek to improve people’s lives, in the context of a strong humanitarian crisis and a deep human rights crisis.” And agreed that “Instead of criminalizing their work, the authorities should protect and guarantee it”. 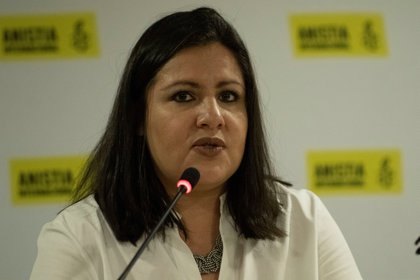 The director for the Americas of Amnesty International, Erika Guevara (. / Archive)

Last Thursday, a court ordered preventive detention for the five members of the NGO Azul Positivo, after being accused by the Public Prosecutor’s Office of several crimes, among them, association to commit a crime.

They all lie detained at the headquarters of the Directorate of Military Counterintelligence (DGCIM) in Maracaibo, the second largest city in the country.

The Commission for Human Rights of the northwestern state of Zulia (bordering Colombia), in which the NGO works and of which Maracaibo is the capital, detailed that the crimes of which the five detainees are accused are “fraudulent handling of smart cards or analogous instruments, criminal association and money laundering ”.

“The five prisoners of conscience face charges related to the Law on Computer Crimes and the Law against Organized Crime and Terrorism Financing, which Amnesty International considers unfounded and politically motivated”, sustains the organization.

Since last November, in Venezuela there have been raids of several NGOs, among them Alimenta la Solidaridad -which distributes lunches in the poor neighborhoods of Venezuela-, and Caracas Mi Convive -focused on reducing the rates of violence in Caracas-.

In December, the NGO Convite, which works to reduce the rates of violence in the capital, was also raided by the Venezuelan authorities on charges of “crimes associated with terrorism.”

At that time, officials from the Maduro regime detained its director general, Luis Francisco Cabeza. Justifying their actions with an accusation of “financing of terrorism”, they also proceeded to take the equipment from the facilities, located in Los Dos Caminos, in Caracas. 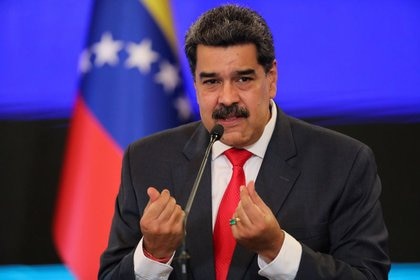 Francelia Ruiz, project director of the NGO, also denounced that in the middle of the procedure they prevented her from entering the Convite headquarters, and carrying out an inventory of the equipment they were taking. “It is urgent that international authorities speak out against the harassment of NGOs that carry out humanitarian work in Venezuela”Convite pointed out.

In this regard, the UN Office for Human Rights said that “States should not impose undue restrictions on the ability of NGOs to access funding from domestic, foreign or international sources”.

“It is even more puzzling thate these incursions are accompanied by statements by public officials calling for the criminalization of civil society organizations and their personnel”Added spokeswoman Marta Hurtado.

Meanwhile, this very office of the The UN condemned last week the attack by the Nicolás Maduro regime against press freedom and civil society in Venezuela. In a statement, it was indicated that the organization is “deeply concerned” by the latest advances of the dictatorship against both sectors.

Specifically mentioned the raid on the NGO Azul Positivo, which focuses its work on the prevention of HIV and sexually transmitted diseases, and recent actions against three media outlets: VPITV, Panorama and TalCual.