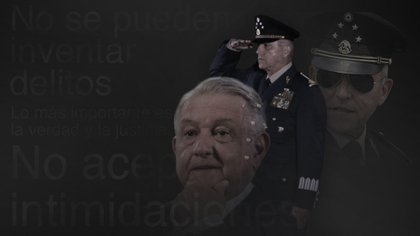 According to the Department of Justice of the United States, the government of Andrés Manuel López Obrador would have incurred in a violation of the bilateral treaties, after making the case against Salvador Cienfuegos public, according to the newspaper Reforma.

During a last minute statement, the Justice Department assured at midnight that the legal assistance treaties with the North American country were broken by disseminating confidential material about the case against the former Secretary of National Defense, reported correspondent José Díaz -Briseño.

BREAKING: In an unusual MIDNIGHT statement, the US Department of Justice accused the AMLO government of violating an international treaty by releasing confidential US documents on the criminal case against the Minister of Defense of Mexico. The Department of Justice also refuted AMLO, saying that the case was NOT fabricated, ”Díaz-Briseño wrote through his official Twitter. 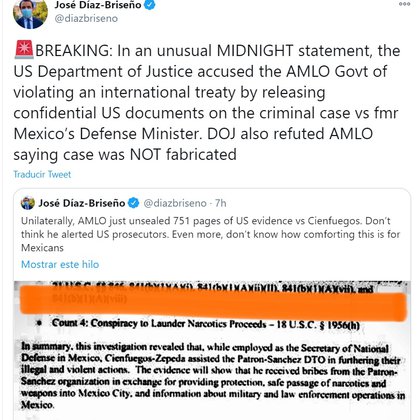 Mexico would have violated bilateral treaties for publishing the Cienfuegos file (Photo: Twitter)