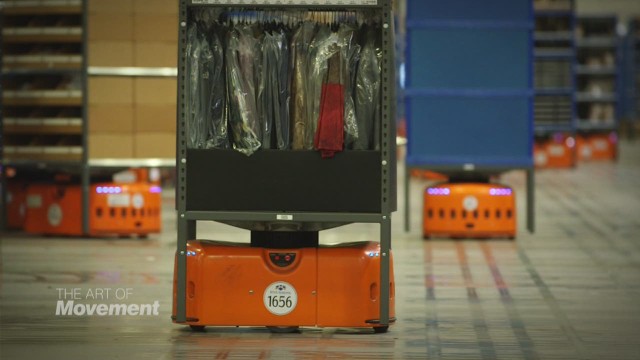 (CNNMexico) – The true master of ordering, choosing, packaging and shipping gifts and products around the world is not the iconic Christmas figure Santa Claus, but the e-commerce giant Amazon.

To prove it, the firm opened the doors to the media at its distribution center in Tracy, California, a workspace where most of the workers weigh exactly 150 pounds and all are robots.

As part of its promotional strategy for Cyber ​​Monday, a day of special offers on the internet, the company showed the use it gives to the robots specialized in distribution and rough operation of Kiva Systems, which currently operate in ten of its new centers of distribution in the United States.

According to the company, the use of autonomous systems in its centers is a reflection of 20 years of research and development in the area of ​​software and mechanical innovations.

In 2012, Amazon acquired Kiva Systems for $ 750 million; however, the e-commerce giant tends to keep the interior and operation of its distribution centers secret or out of the media focus.

“The Amazon team has always focused on innovating, increasing speed and reducing delivery costs for the benefit of our customers. Advances in our latest fulfillment centers attack these three customer desires while still providing a work environment that is ideal for employees, “said Amazon Senior Vice President of Worldwide Operations and Customer Service Dave Clark. it’s a statement.

Currently Amazon has more than 15,000 Kiva robots working in its distribution centers around the United States, 3,000 of them are located in Tracy, California. The robots weigh 330 pounds (about 149 kilos) and are capable of carrying three times their weight, according to information on the Kiva Systems website.

Through visualization systems and graphic orientation software, the Kiva (similar to a robot vacuum cleaner) are able to travel and carry on their “backs” the hundreds of thousands of shelves in the center to bring the products purchased by consumers to the distribution stations.

Each one with precise routes, times and movements to avoid colliding with each other or repeating processes.

Thus, contrary to humans who must run or approach each shelf in search of the product, the Kiva robots bring the entire shelves to the workers in the center so that they only take the necessary products.

According to Amazon, the technology inside the center allows them to unload and deliver a trailer full of inventory in 30 minutes and not hours, as it previously was.

The Amazon executive explained that the Tracy California Center stores 21 million products (maximum of 26 million) and has the capacity to dispatch more than 700,000 products on the busiest days, such as Cyber ​​Monday.

This is not the first time Amanzo seeks to integrate autonomous systems into its processes. In late 2013, the company showed its intentions that flying drones were responsible for delivering customers’ products.

The project has been halted due to various concerns of the Federal Aviation Administration (FAA), but it has the promise of being able to deliver the products that the user requests in a period of time no longer than 30 minutes.