Once again Amazon France has leaked the existence of a game. According to this site, One of the most anticipated remakes of 2021 will be available on Nintendo Switch. That’s right, we mean NieR Replicant ver.1.22474487139, which could hit the hybrid console on the same day as the PS4, Xbox One and PC versions.

According to the international store, NieR Replicant ver. 1.22474487139 would arrive on the Switch on April 23, 2021. However, it is important to mention that neither Square Enix nor Nintendo have commented on this. Similarly, Amazon France has had a pretty bad track record, so this remake may not make it to the hybrid console at the end of the day. 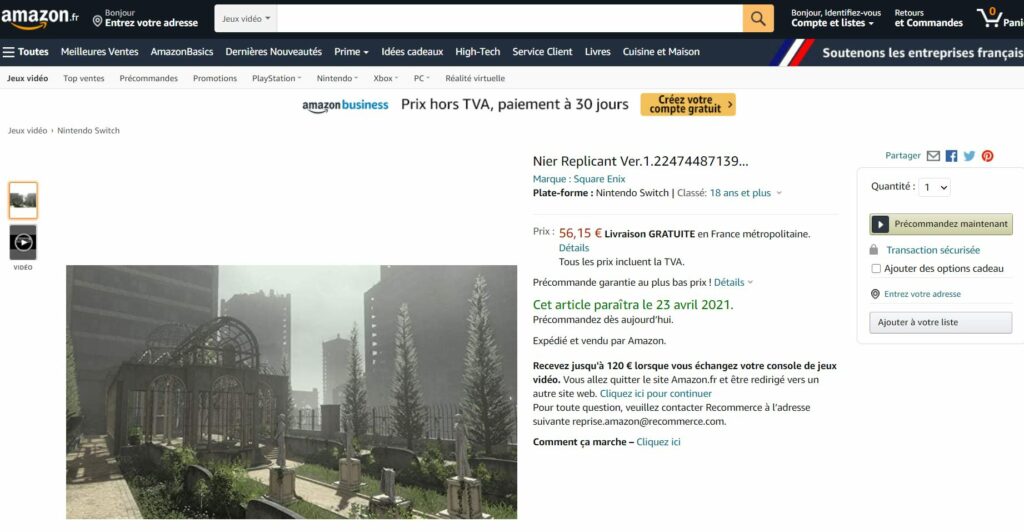 Until now, none of the companies involved in this information, Nintendo, Amazon and Square Enix, have commented on the matter of filiation, and we doubt they will. On related issues, the physical version of DOOM Eternal has been canceled.