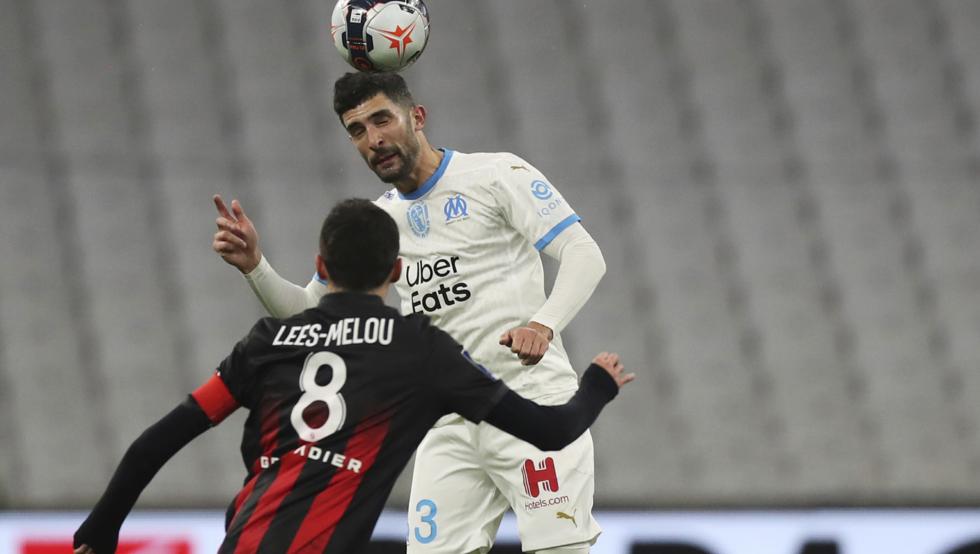 The Cantabrian Álvaro González put the reunion on track with the triumph of Olympique de Marseille that the Tunisian Saif Eddine Khaoui rounded off with a double against Nice (3-2) in a pending match of the eleventh day of Ligue 1.

Moroccan Nasser Larguet’s team stopped the crisis by winning at the Vélodrome stadium against a rival who still feels the threat of relegation.

Marseille, who accumulated seven games without winning, found calm after a quarter of an hour, when Álvaro, inside the area, beat Argentine Walter Benítez. It is the first goal of the Cantabrian central defender’s course.

Olympique extended their lead just before half-time with the first of Khaoui’s goals, who took advantage of a ball received from Brazilian Luis Henrique.

Nice, which has lost four in its last five matches and this Wednesday could not count on the injured Jean-Clair Todibo, shortened the gap at the start of the second half thanks to Amine Gouiri but five minutes later, Marseille widened the score again with the same from Khaoui.

In the final stretch, Malik Sellouki scored the second goal for the visitors, who did not have time to avoid defeat.

The victory brings Larguet’s team closer to the European positions. Sixth in the table is one behind Stade Rennes, which marks the continental zone of Ligue 1.