Yesterday its official presentation took place, and we were able to confirm that the requirements of Windows 11 are higher than those of Windows 10. However, the main problem posed by the increase in requirements is not so much the demand for a greater amount of RAM, but the fact that we will need to have a TPM 1.2 chip (although the version that is in the testing phase indicates that we need a TPM 2.0 chip).

Most of today’s computers and laptops can meet all the requirements of Windows 11 without problems, including the aforementioned TPM 1.2 chip, which as we have said will work without problems with said operating system. This information has been confirmed by Robert Hallock of AMD, so you can rest assured, it is not a rumor, it is official information.

At this point, I am sure that more than one of our readers will wonder why the TPM chip is so important, and why Microsoft has established it as a requirement in the Windows 11 requirements, and not in the recommended ones, but at the minimum. Well, calm down, We are not going to leave you with doubt.

The TPM (Trusted Platform Module) chip is a processor specialized in security tasks that can store encryption keys and that adds an important layer of protection, since it performs, among others, tasks as important as the generation of random numbers in a secure way, the algorithms of generation of keys, cryptographic functions such as RSA encryption / decryption and Hashes, measurements and secure reports of the integrity of the system, which can be stored inside the chip in a secure way and sealed data only accessible after authentication.

My PC did not meet the requirements before enabling fTPM in BIOS. 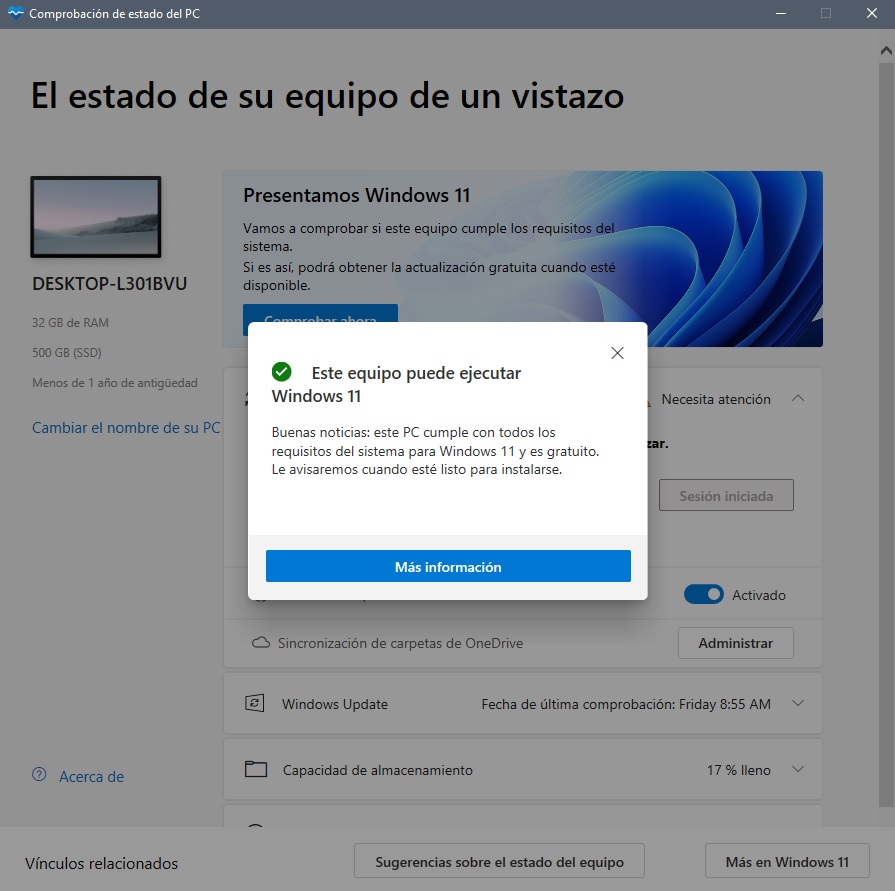 After activating fTPM in the BIOS everything was in order.

Windows 11 Requirements: These are the final ones

Processor: 64-bit with dual-core running at least 1 GHz. It is important that it is listed among the compatible models, since otherwise it might not work (due to a lack of required instructions, for example).
Memory: 4 GB minimum. In Windows 10, we needed 2GB for the 64-bit version.
Storage: Minimum 64GB storage device. With Windows 10, you only needed a 32GB drive.
Graphic card: Must be DirectX 12 / WDDM 2.x compliant. In Windows 10, it is enough that it supports DirectX 9.
Screen: at least 9 inches with HD resolution (720p). In Windows 10 a resolution of 800 x 600 was sufficient.
Internet connection: Windows 11 Home requires a Microsoft account and Internet connectivity.
Safety: TPM 2.0 chip in the beta version, although according to AMD we can run Windows 11 on a TPM 1.2 chip.

Almost any computer released in recent years meets all those requirements without problems, until we get to the security section. Microsoft has received significant criticism for establishing, as a minimum requirement, the presence of a TPM chip if we want to install and run Windows 11, and it is understandable, since this acts as a limiting factor that will leave many users unable to update to said operating system, despite the fact that they have powerful computers that more than meet the rest of the requirements. 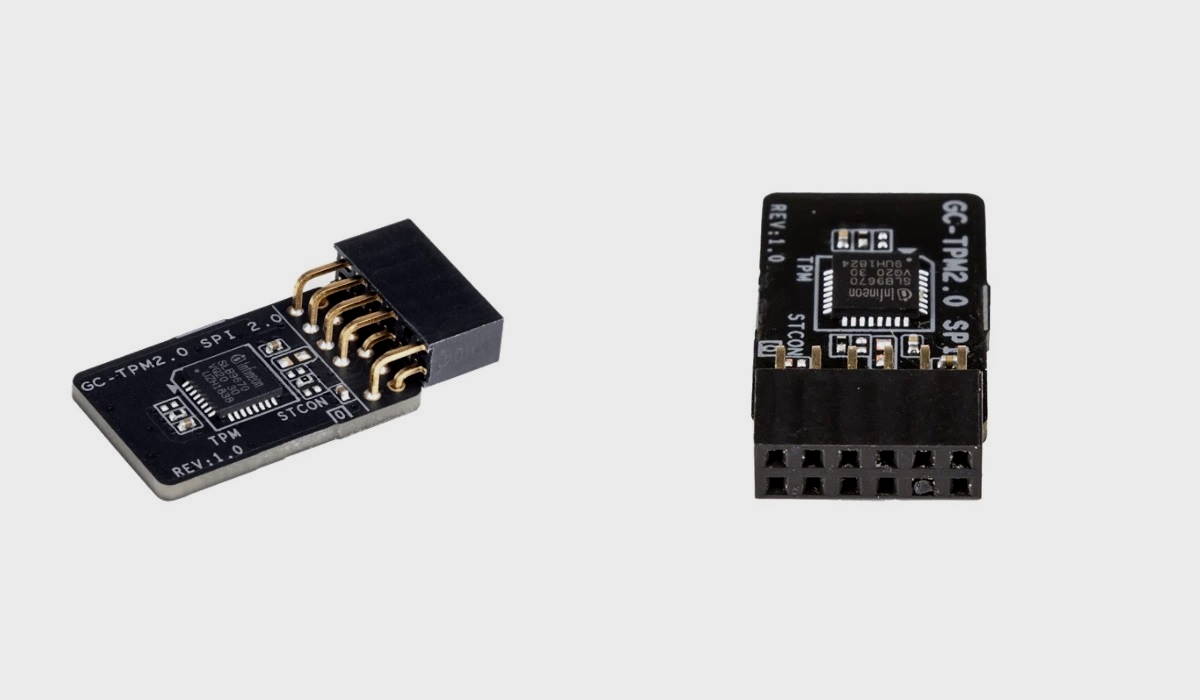 What processors does Windows 11 support? 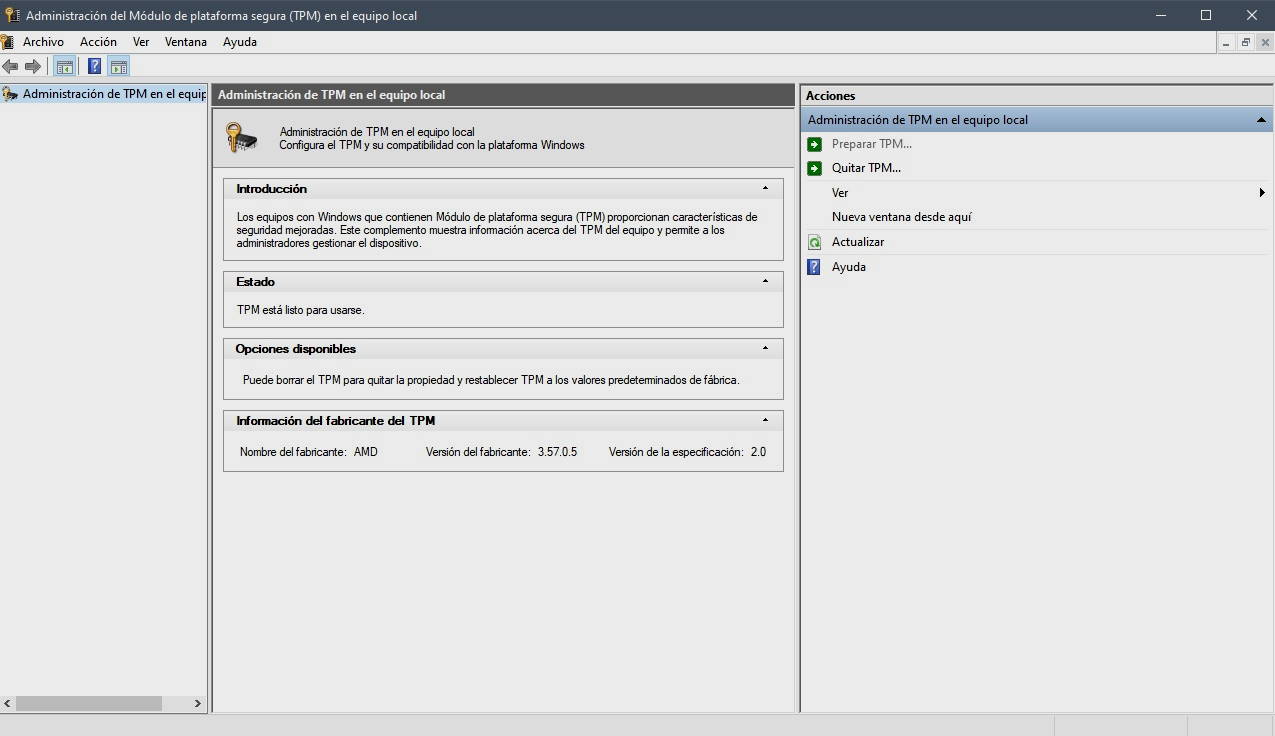 This indicates that your computer has a TPM chip, or an alternative fTPM.

How do I know if my computer has a TPM solution?

It’s very simple, you just have to press the Windows key and type, without quotes, “Tpm.msc”. If you see the result you see in the attached image, congratulations, your team has a solution of this type. If you get a warning stating that “The Trusted Platform Module is not found” don’t worry, it may simply be that you have it disabled.

To enable it, enter the BIOS, look for the corresponding option and activate it. Also keep in mind that although your PC does not have a dedicated TPM chip, it probably does have the fTPM option, a firmware-based mode that, in my case, is the one I’m using on my PC, based on a Ryzen 7 5800X processor and a GIGABYTE Aorus X570 Ultra motherboard.

If your computer does not have a TPM chip and lacks the fTPM option, I have bad news, you will not be able to update to Windows 11. However, do not despair, you may not have to resign yourself to a change of motherboard, since many models have with the necessary pin connector to mount a TPM chip, which you can buy individually. The price is variable, but Round between 10 and 15 euros on average. 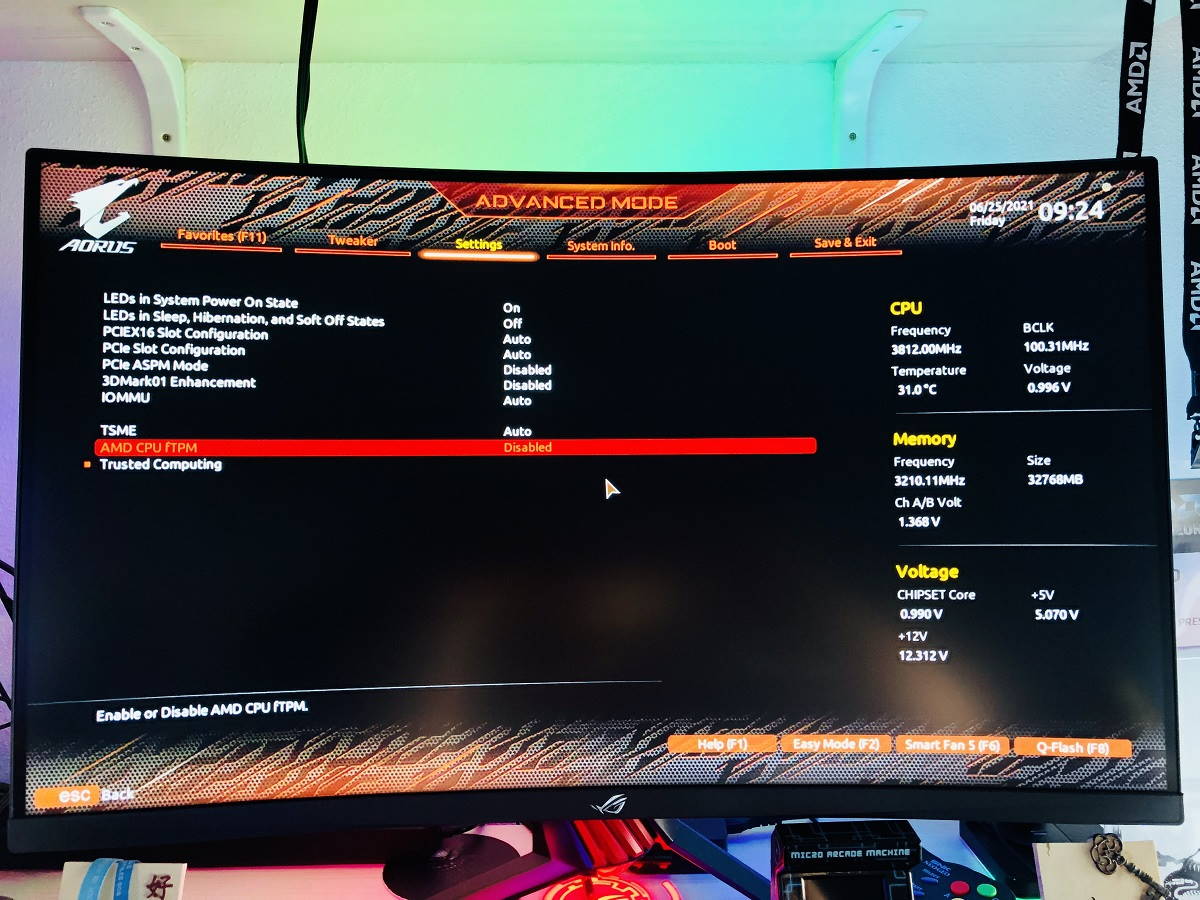 In the case of my motherboard, it has a dedicated 12-pin connector that would allow me to mount said chip without problem, but with the fTPM option I have more than enough. The same applies to many other motherboards since, for example, my colleague Eduardo Medina, who has a motherboard ASUS ROG STRIX X370-F GAMING, it also comes with a TPM connector, and it has TPM enabled in its BIOS.

If your computer does not have a TPM chip, or an fTPM solution, theoretically you won’t be able to upgrade to Windows 11. I say in theory because, in some trusted media, I have already seen that there are users on the Insider channel who do not meet this requirement and yet have received Windows 11. It is also rumored that, in the end, Microsoft could turn this requirement into something “optional”, so that the user could upgrade to Windows 11 even if it does not comply. You will simply receive a notice, during the installation process, stating that you are “not recommended” to upgrade, but you can do so if you wish.