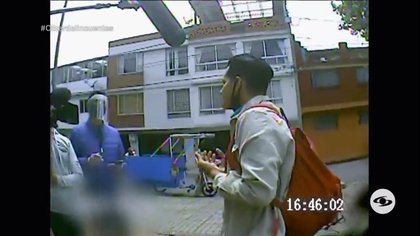 In a television program, an alleged pedophile was unmasked. Credit Caracol TV.

In 2019, Francisco Antonio Hernandez contacted the mother of a 6-year-old girl who was promised a job opportunity at a production company in the city of Bogotá. However, after a while, Hernandez began to make indecent proposals to the minor. The facts, collected in the Caracol Channel investigative program, ‘Seventh day’ They occurred in the municipality of El Espinal and are an example of how this type of harassment behavior occurs undercover under promises of substantial improvements in the quality of life of entire families.

According to the mother of the minor, Hernandez he sent pornographic videos through his smartphone in which minors were forced to commit sexual acts, as well as increasingly explicit messages to his daughter. Reasons why the mother filed a complaint with the authorities in November 2019, in Villavicencio, Meta, the city in which she lived at that time. 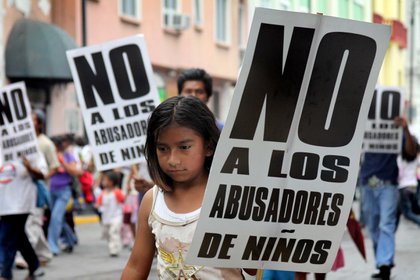 Child abuse in Colombia has cases such as the alleged pedophile who tried to evade the questions of a media journalist / PHOTO: F ?? LIX MçRQUEZ / CUARTOSCURO.COM

For this legal action, The Police assembled a case with evidence consisting of text messages, telephone conversations and audios on the popular WhatsApp messaging network. However, despite the investigations carried out, the alleged pedophile continued with the indecent proposals towards the minor.

It was because of this civic complaint, and other testimonies of witnesses who decided not to appear on camera, that the program ‘Seventh day’decided to carry out an investigation into sexual crimes, child pornography and the crime of ‘sextortion’ in Colombia.

The investigative work, advanced in times of intelligent isolation, achieved a result: under the excuse of being an unemployed father with an 8-year-old daughter, the producer managed to get Francisco Hernández to agree to meet outdoors to consider opportunities for this “Desperate father”.

In the interview, Hernández, as an exchange of favors, made sexual proposals to the alleged father directed at his daughter, but the latter did not have the presence of Diego Guaque placeholder image, a journalist for the program, who faced him before the cameras. His response was recorded as follows:

“It is a matter of envy. I have my Facebook page, my Internet page. As a person, I was motivated to come here precisely because I wanted to know to what extent a person can do this “Hernández responded when questioned by Guaque regarding the complaints about his alleged criminal behavior. 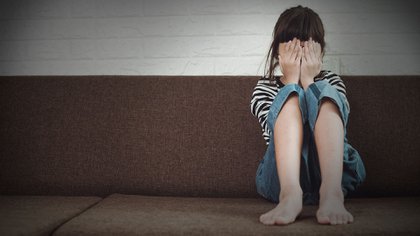 Under promises of a better future for the parents, the pedophile sent risque messages to his victim. The police gained access to the evidence and managed to arrest the pedophile in Colombia. / Photo: . Archive

The journalist replied by showing him the voice messages that Hernandez he would have sent the families affected by his behavior; In addition to the above, Guaque, with evidence in hand, asked him about his past overtones of tone, to which the alleged pedophile, confused, could not articulate convincing explanations. After this, Hernández, without the possibility of escape, decided to apologize before the cameras of the program and sent a message of recommendation to the mothers of the family so that they were “Very pending” of their daughters on social media since “There are some applications where people come out who really hurt children”.

After being exposed before the cameras, the program issued the complaints on September 3, which expedited the capture of the alleged pedophile at the hands of the authorities.

Sent to prison, Hernández had an extensive record of child recruitment that will serve as evidence for his trial and subsequent conviction. According to Colonel de la Dijin Gelber Hernando Cortes, Hernández is a “Capturing girls, boys and adolescents through social networks”, which even has an alias, “Pacho”, who earned “the trust of the mothers head of the household to later make onerous proposals for the reproduction of sexual abuse material with these minors, up to abusive carnal access ”, Revealed the officer before the program.

Revealed by the show and subsequently captured, Hernández is awaiting punishment for crimes related to pedophilia, sexual abuse of minors and fraud, among other charges.

What is known about the life in Germany of ex-narco Carlos Lehder, Pablo Escobar’s partner