The third episode of Loki takes us to a dark planet from the pages of Marvel Comics and drops references to the past in the MCU of the character.

The third episode of the Loki series, now available on Disney +, is the first of the show to take place entirely outside the TVA offices, and the first where we spend a substantial amount of time with the mysterious Sylvie, and visit her. coolest to an alien location we’ve had in the MCU since Avengers: Endgame. (Spoilers notice)

Here we bring you all the easter eggs and references to both the comics and the Marvel movies: 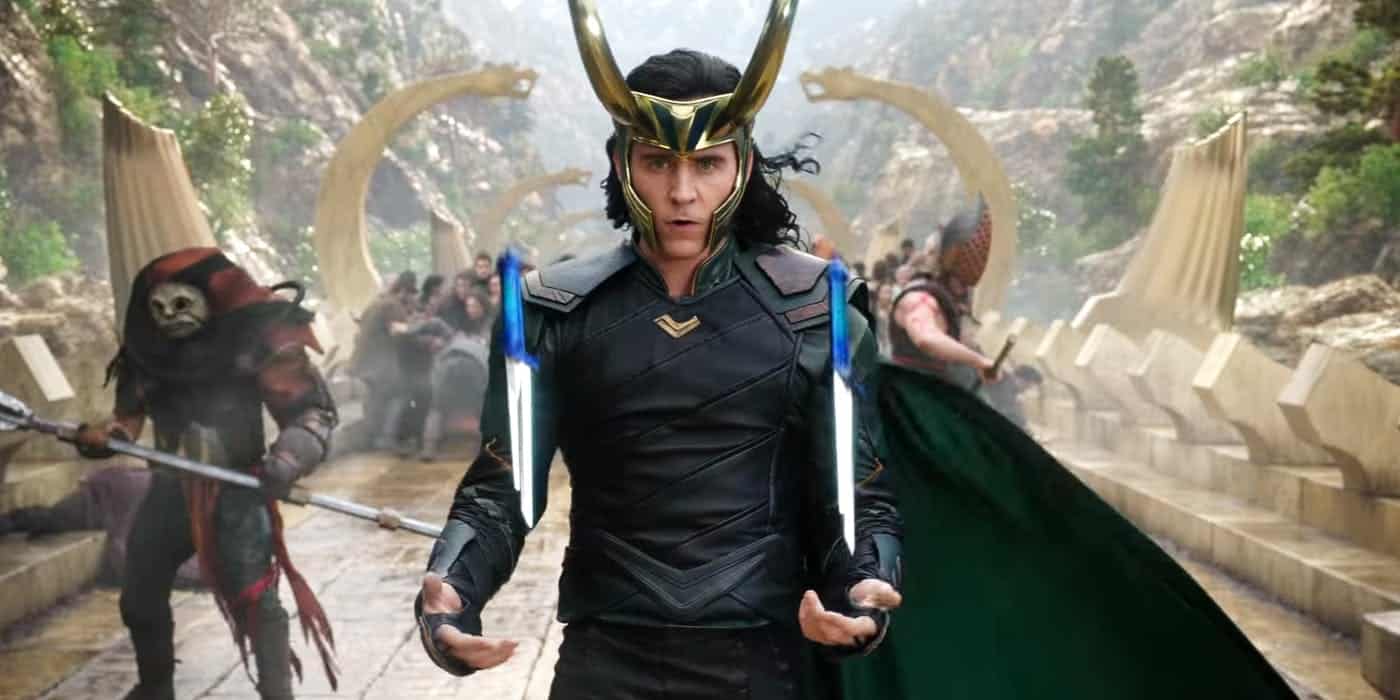 Viewers have been waiting a long time to see Loki wield his famous daggers. His attempt to summon the daggers in the TVA courtroom was an embarrassing failure, and B-15 coldly snatched them away before last week’s mission. However, upon returning to TVA through Sylvie’s time gate, Loki finally takes his trademark weapons and confronts Lady Loki with them. In a charming little easter egg to the MCU, Loki does a graceful frontal twist with the daggers, a trick he demonstrated in glorious slow motion during the Battle of Asgard in Thor: Ragnarok. A little later, after landing on Lamentis-1, Loki successfully adopts the “dagger pose”. 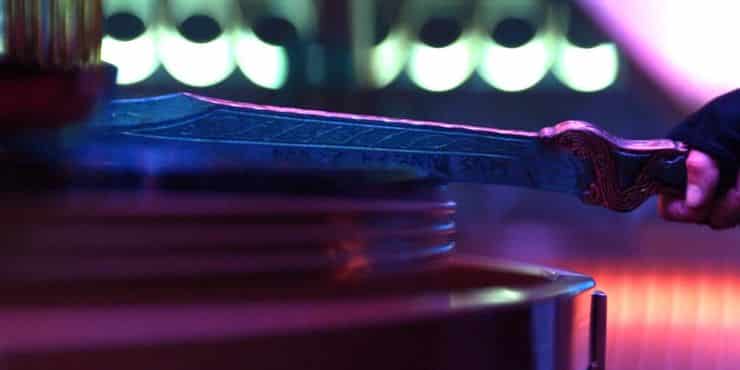 Lady Loki, wields an impressive sword in the chapter, to defeat her adversaries with ease. -In a close-up it is revealed that the sword is adorned with the type of runes previously seen in Asgard, potentially revealing that the backstories of Sylvie and Loki are closer than they appear. Like the “real” Loki, Sylvie was adopted. Unlike Loki, she was briefly informed of her inheritance, rather than living in ignorance. Sylvie never specifies that she was adopted from The Ice Giants, however, she was also not raised as Asgardian royalty, highlighting the disparity between her backstories. The runes on Lady Loki’s sword at least confirm some connection to Asgard.

When fighting Sylvie, Loki chides her: “I thought maybe we could work together … but now I see that you lack vision.” If this line sounds familiar to you, it may be because, intentionally or otherwise, it is eerily close to a famous quote from Emperor Palpatine in Return of the Jedi. As he throws a Force beam at Luke Skywalker, the villain laughs, “You will pay the price for your lack of vision.” Although Loki is certainly not as evil as Palpatine, they both share delusions of grandeur and the lust for conquest, and it is understandable that both see their plans as part of a grand “vision” that the good guys just aren’t big enough to see. 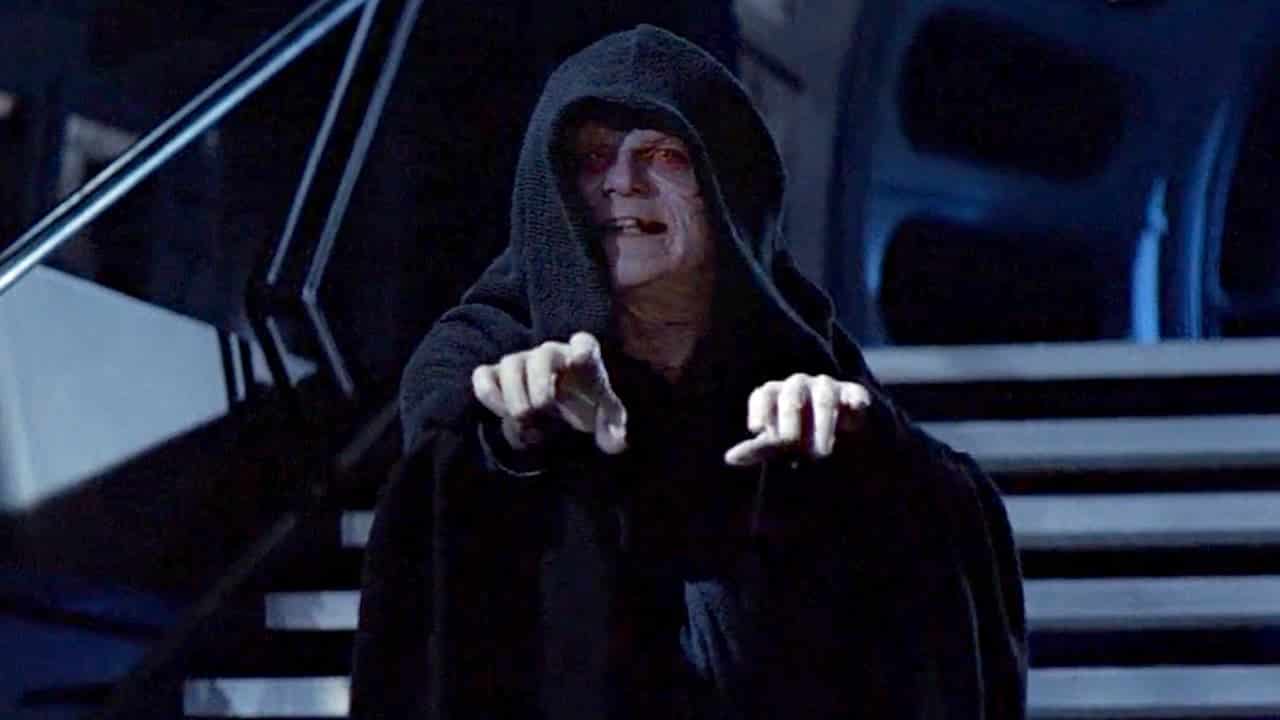 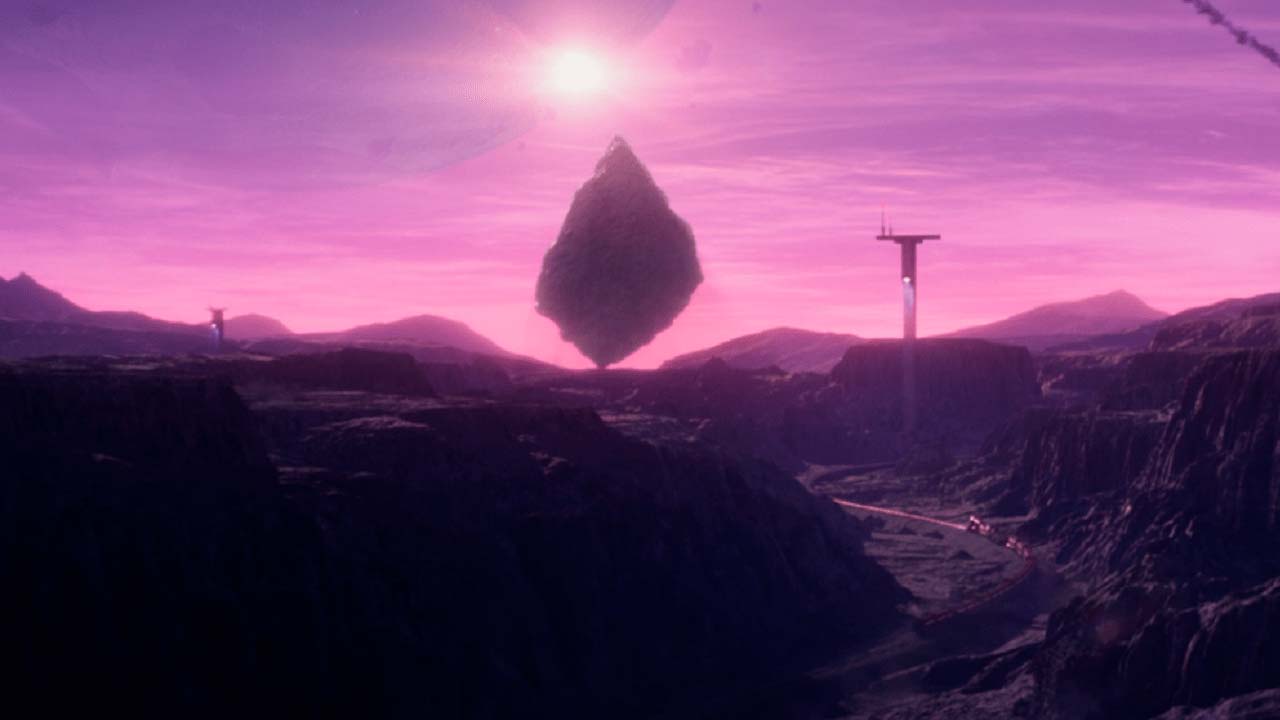 The planet Lamentis was introduced in the pages of Annihilation: Conquest Prologue (the same story that established the modern incarnation of the Guardians of the Galaxy). It is a planet on the outer edge of the Kree empire and is full of scavengers trying to collect what few resources there are by force. The Phyla-Vell version of Quasar and Moondragon were there to help keep the peace, primarily protecting a sect of pacifist priests.

However, the events of Loki episode 3 take place on Lamentis-1, a moon of the planet, and it is the planet that is being destroyed and approaching the moon.

This episode also refutes the theory that claimed that Loki would meet Black Widow in Vormir, since in the trailers for a scene in the trailers, after seeing this episode we can say that it was actually an image of Loki with Sylvie in Lamentis -1, this theory arose because the lighting and tones used are very similar to those used in Infinity War and Endgame for the Vormir scenes. 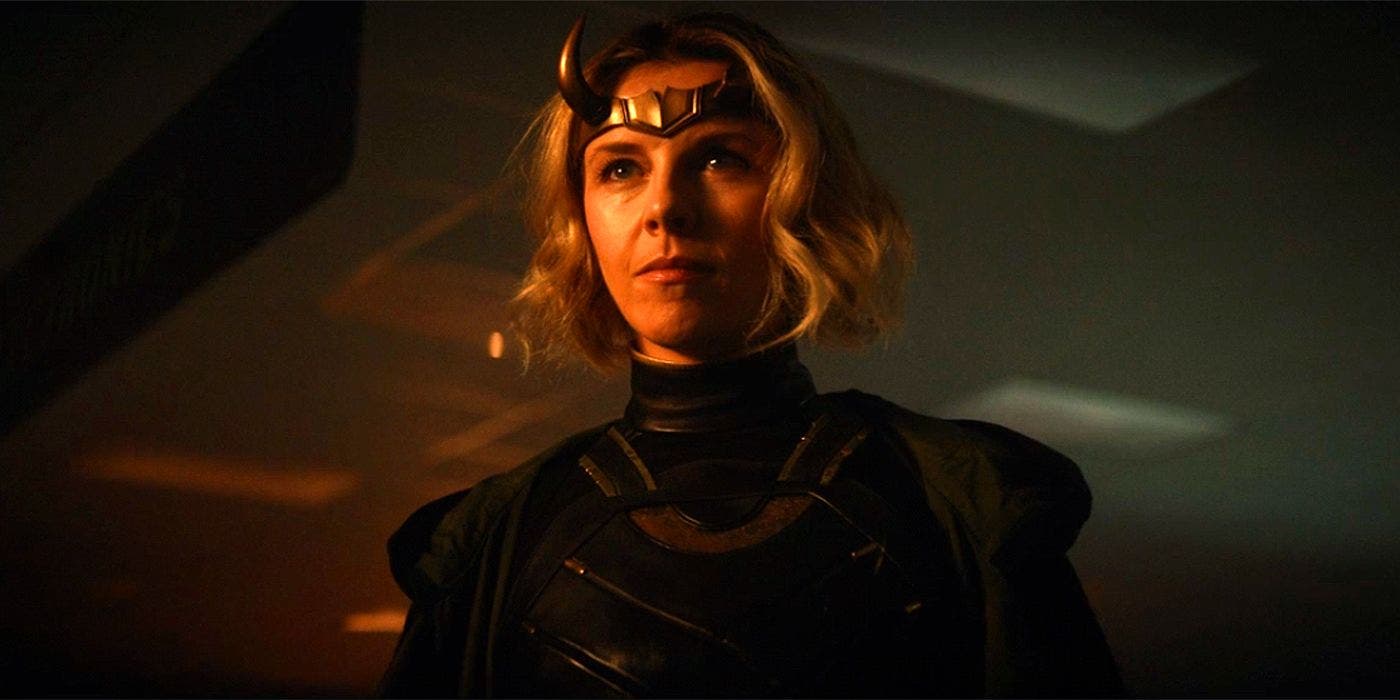 In the chapter we do not get too many details about the nature of this variant of Loki played by Sophia Di Martino, but despite her name “Sylvie”, she confirms that she is a true “Lady Loki” and not strictly the Sylvie Lushton aka Lovely in Marvel Comics.

In fact, the official merchandise of the series has revealed to us that she is actually Sylvie Laufeydottir, as opposed to Loki Laufeyson, so that’s another sign that she is actually a Loki variant. For some reason she no longer wants to be known as Loki, hence her name has been changed to Sylvie, and she uses enchantments as her main power, hence “Enchantress”.

Loki learned the magic from Frigga 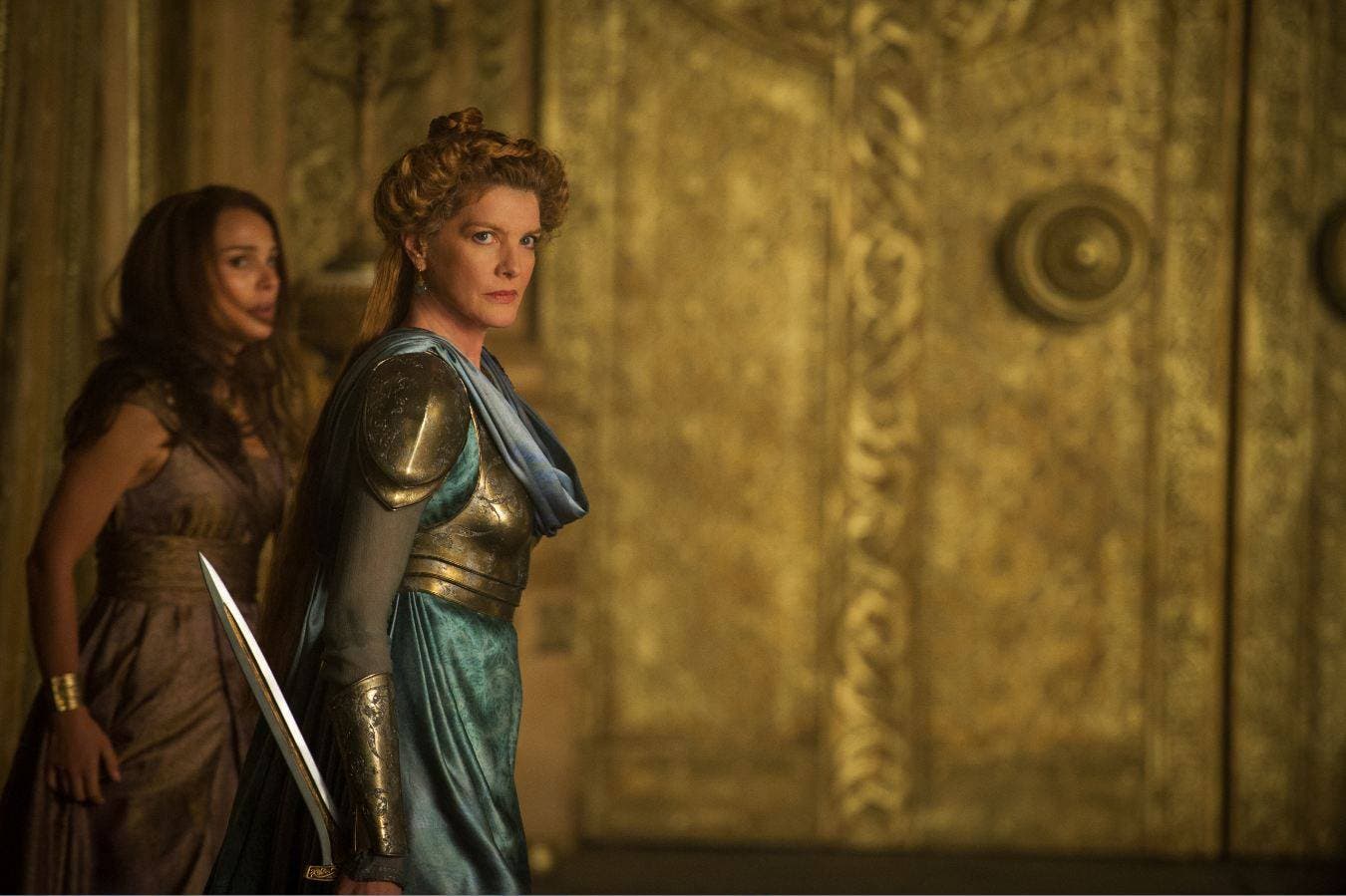 With Loki and Sylvie aboard a luxury train heading to a ship that will take them off the planet, they both start talking about them. One their conversations revolves around the differences in the pair’s use of magic, with Loki recounting how his abilities were learned from his mother, Frigga. In this scene, Loki confirms something Thor said earlier in Thor: A Dark World: “You had his tricks, but I had his confidence.” Loki’s exchange with Sylvie reveals that he did indeed adopt his mother’s use of magic, but his personal memories of being nurtured and encouraged prove that the second part of Thor’s date was completely off the mark. Loki had absolutely the confidence of Frigga. 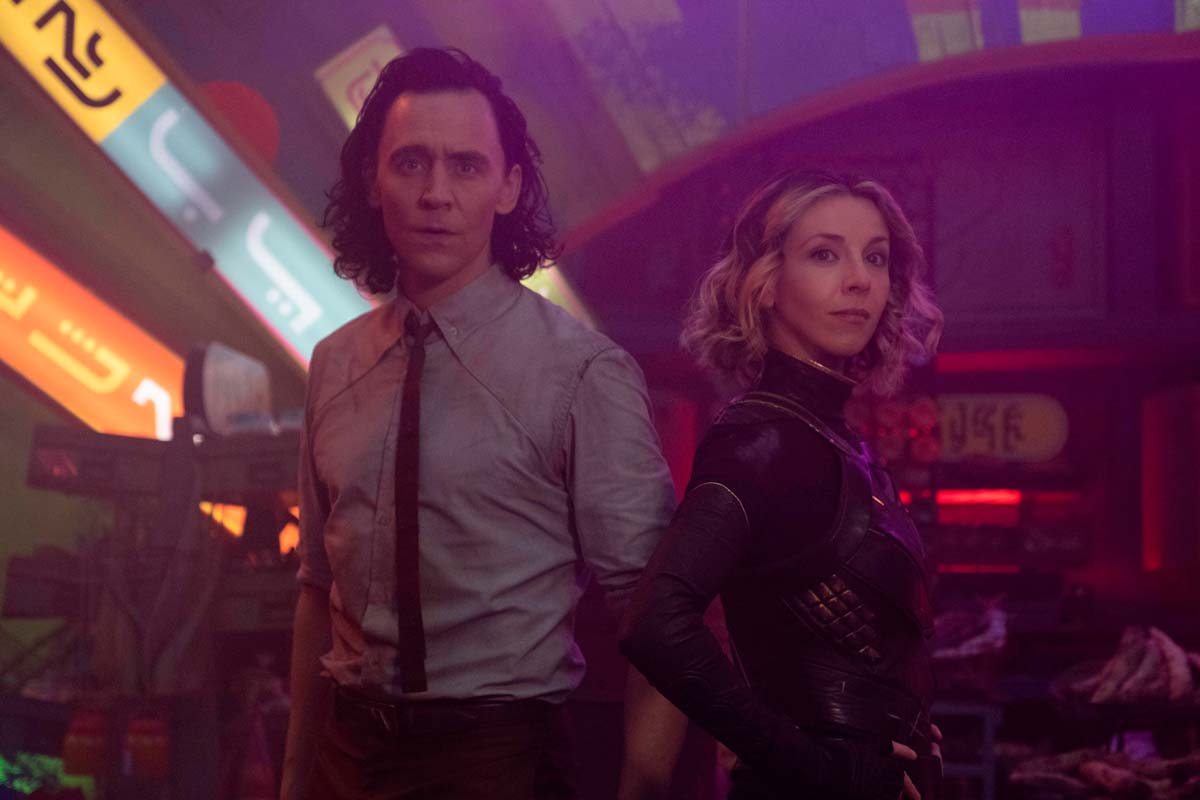 The episode revealed that both Loki and Sylvie are bisexual. Loki’s director Kate Herron also spoke briefly about this reveal on Twitter:

“From what we can tell, in terms of the comics, Loki’s bisexuality first appeared in Young Avengers # 15. After saving the world and receiving a pep talk from Prodigy, a late teenage incarnation of Loki beat up his teammate for the sake of the celebration, but was ultimately rejected. “

“My culture doesn’t really share your concept of sexual identity,” Loki said in that issue. “There are sexual acts, that’s all. In fact, I am the patron god of some popular people, believe it or not. ” After reading this sentence, we could come to think that Thor could also become bixesual. 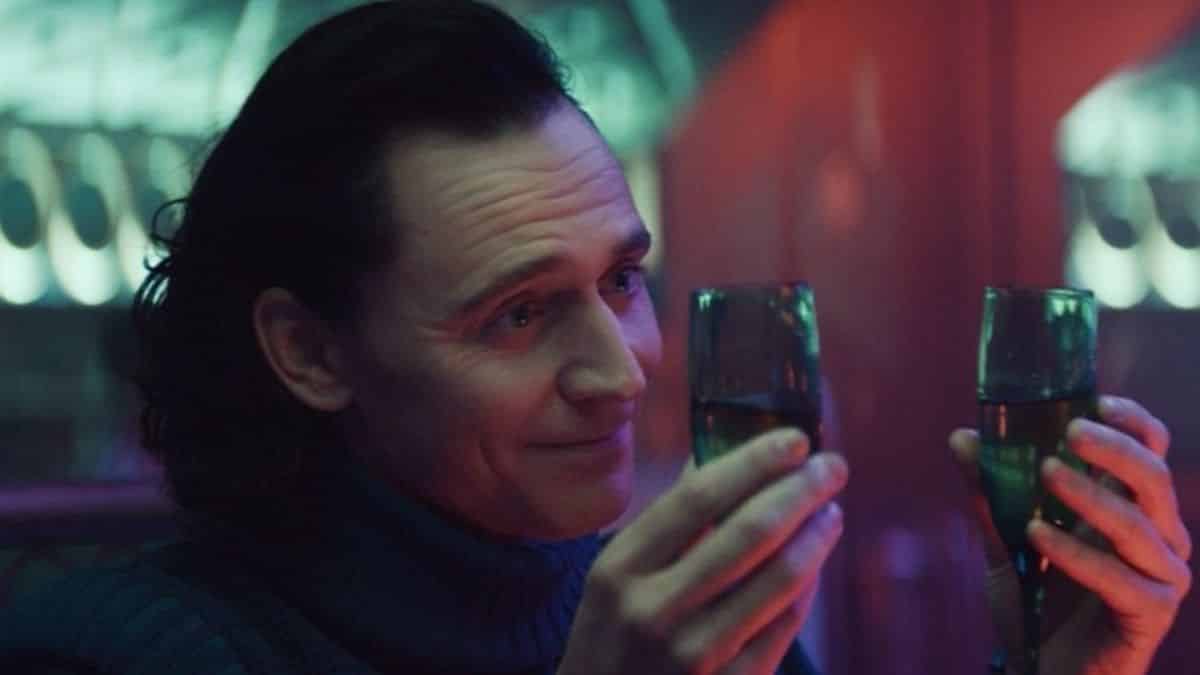 When partying on the train, Loki breaks his empty glass and eagerly asks for another. This is exactly what his brother does in the first Thor movie after enjoying a cup of coffee at a restaurant. It’s an Asgardian custom!

The song that opens the episode is “Demons” by Hayley Kiyoko, which also includes some specific lines from Loki such as “Please forgive me, I have demons in my head, trying to eat me, trying to feed me lies until I die.”

The song that closes the episode is “Dark Moon,” a 1957 country hit by Bonnie Guitar. It’s a bit unsettling how the events unfold in Lamentis-1, but the song lyrics may hint at something else: “Mortals dream of love’s perfect plans, but they don’t realize that love will sometimes bring a … Moon . “ 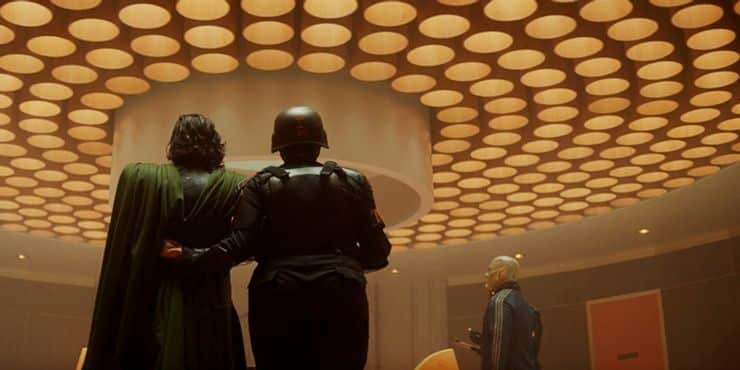 In this episode we discovered that the mobile devices that TVA agents use to navigate through the timelines are called TemPads.

As well as important details from the TVA. The first is that apparently the Time Keepers reside on the top floor accessible by a golden elevator in the TVA offices. When Hunter C-20 said he “gave up the location” of the Timekeepers last week, who could have expected the answer to be so simple?

Also, Sylvie reveals at the end of the episode that all TVA employees had a life before joining the organization. In fact, every TVA worker was at some point a variant like Loki and Sylvie. This directly contradicts Miss Minutes’ claim that the TVA employees were created by the Time Keepers to guard the sacred timeline, or at least they weren’t created out of thin air. This may mean that Mobius was also lying to Loki about the nature of the TVA agents. In the comics, Mobius was one of many Mobius at TVA, because the organization engaged in “managerial cloning” for its best representatives, while hiring “freelancers” for other work. Or, perhaps he was telling Loki his truth, while Sylvie’s theory about recruiting the Variants for service as Minutemen is also true. In fact, Mobius’ fondness for jet skis could be a remnant of memories of a life before TVA. 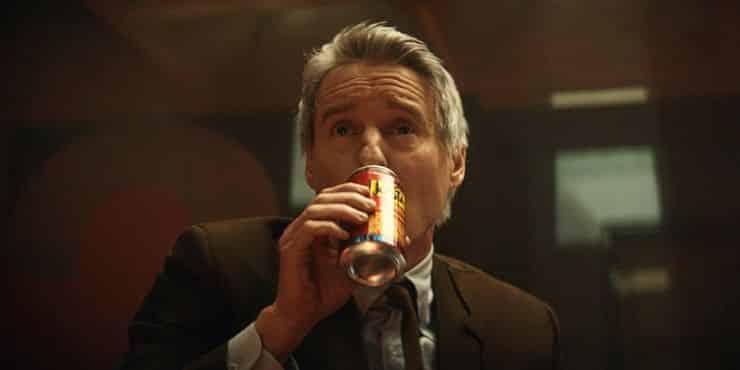 During the end credits, there is a collection of TVA archive photos on a desk, showing Loki and Sylvie together. They apparently get their pictures of their exploits from Lamentis-1, as one photo is specifically of Loki as a train guard. It seems that these two are not as hidden from the authorities as they thought.

Interestingly, the scene of Loki landing after being thrown from the train is framed to look exactly like when Loki fell from Doctor Strange’s portal in Thor: Ragnarok.

The two soldiers at the entrance of the train are named Corporal Hicks and Hudson, which is a clear nod to the characters of Michael Biehn and Bill Paxton in Aliens. 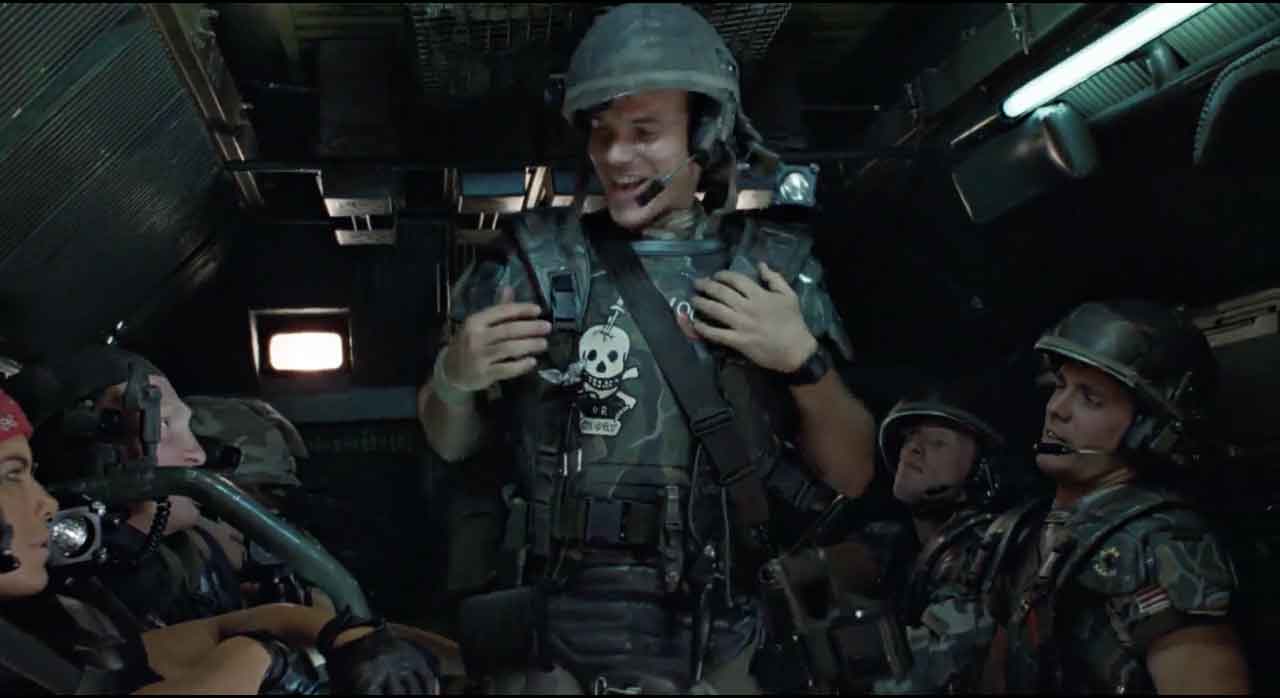 As for the train, there is some inspiration in the movie or the Snowpiercer series in the fact that “the rich get on a train to escape a natural disaster and the apocalypse while the poor must suffer and die.” Although it is nothing new.