The testimony of Beto Starck, former son-in-law of the retired police officer who was murdered in Barracas

the murder Alfredo Poggetti In the Buenos Aires neighborhood of Barracas, it generated outrage among the residents of the area and the impotence of their relatives, who revealed that the victim was the grandfather of three young grandchildren and, precisely to escape the insecurity, he had planned to retire to “open a job in Santa Clara del Mar ”and live near the beach.

Police sources reported that the 66-year-old retired NCO had arrived with his wife -Liliana- at the door of their home aboard a black Volkswagen Fox when He was surprised by four armed robbers who wanted to enter the property by force.

In the middle of the struggle, Poggetti would have produced a .38 caliber revolver that he was carrying and with which he would have tried to defend himself, but the robbers fired at least three shots, one of which hit his head and killed him almost instantly.

“It is my son’s grandfather who died tonight. His son is a systems manager for America, so this has invaded the entire canal family. It is an incredible situation. I was born in this neighborhood, in Barracas, I grew up and grew up here, which was the most beautiful place to live, but now violence and crime are wreaking havoc “explained Beto Starck, a cameraman for this same television channel and former son-in-law of the victim. 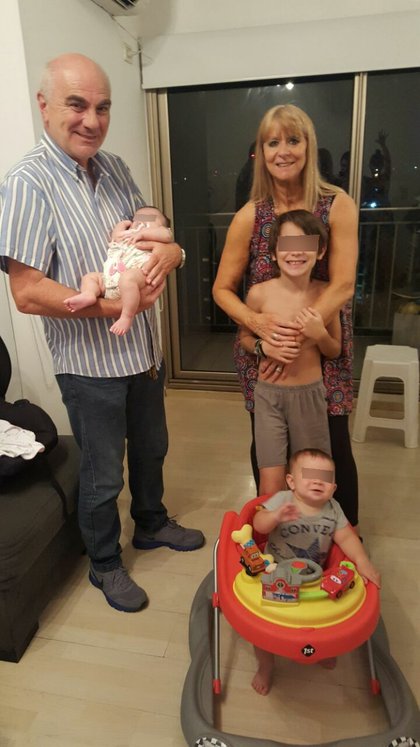 They revealed that the victim was the grandfather of three young grandchildren and, precisely to escape the insecurity, he planned to retire to “open a job in Santa Clara del Mar” and live near the beach

He pointed out that he has “covered many kidnappings and murders” and has even “gone to areas of the suburbs where there is usually a lot of crime”, but remarked that this happened “in the heart of Buenos Aires, three minutes from Puerto Madero.”

In addition, he stressed that his relative “was retired from the Federal Police, an excellent man, of good, of law and of justice” who “was always attentive to everything that was happening around him, so it was very difficult for him to ‘ sleep ‘, in the sense of not seeing ”the danger.

“He came from being with his wife and granddaughter. He said ‘I come home and call you’. It was 20:05. He parked in the middle of the block, always careful that no one came and, as they say in the jargon, they beat him ahead of his wife Liliana. This is incredible, that he touches us so closely and having to explain to my 13-year-old son that he will not see his grandfather again “added.

In addition, the man recalled that Poggetti recently returned from “a beautiful vacation” with one of his grandchildren (he had three, named Vito, Milo and Olivia) and revealed that, “due to the insecurity” that exists in Barracas, “He wanted to retire and open a stand in Santa Clara del Mar” to sell sandwiches and live near the beachBut he regretted that “three people stood in front of him, pushed him and killed him”.

“When I got here, I had to support the whole family. I had to get cold and just, from what I’m hearing, there are two people, one of them is a woman, who were registered by security cameras. I don’t know if they were detained, but what I do know is that when Alfredo was entering, I don’t know where they came from but they pushed the door on him. He locked up and there I don’t know if he wanted to take out his regulation weapon or if they shot him first and then wanted to rob him ”, Starck said.

Finally, the cameraman explained that near the place of the crime is located “a hairdresser where there were clients and just when one of them was leaving he heard the shots, he wanted to follow them (the criminals), but his car broke down in desperation” .