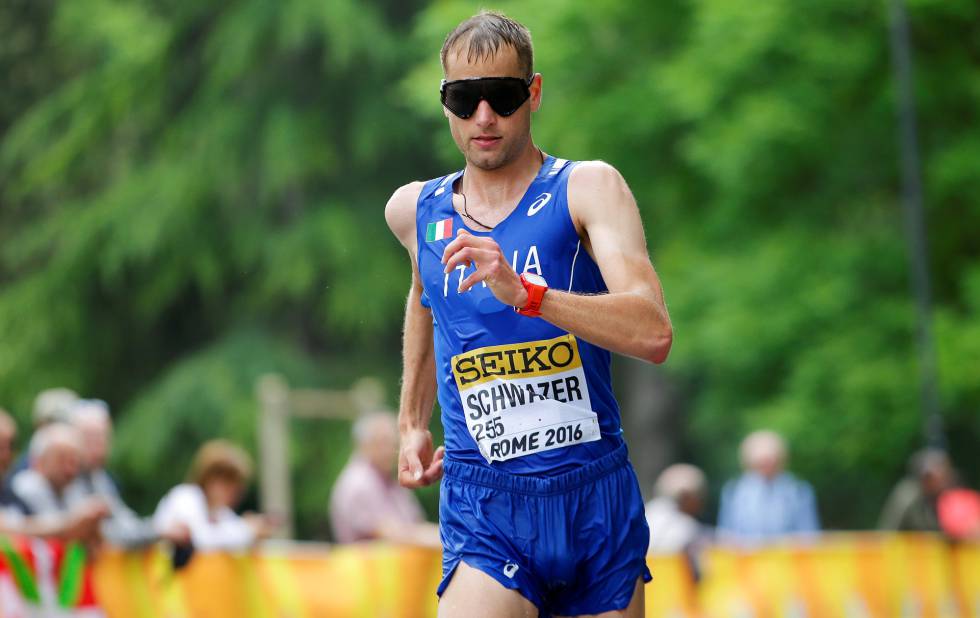 Alex Schwazer is 36 years old, Italian and he was Olympic champion of 50 km march in the Beijing 2008 Games. He could not revalidate title in London 2012 because he tested positive for EPO shortly before the opening ceremony. He was sentenced for four years. He served punishment and in 2015 decided to return cleanly. To do this, he put himself in the hands of Sandro Donati, a champion anti-doping coach who in the eighties was removed from the Italian Athletics Federation for refusing to dope his athletes. “I want to show that I am going strong without help. I did not want to end up being a dope, “said the walker in an interview with this newspaper in May 2016. He acknowledged his mistake, he promised to compete fair and undergo all kinds of surprise checks at any time of the day.

It was going like a shot towards a medal at the Rio Games. But in Brazil he couldn’t compete. In a control on January 1, 2016, he tested positive for testosterone. Since then, he has struggled for five years to prove that he was set up. This Thursday the Italian justice – in Italy doping is a crime – has acquitted him. It was not doped. “The preliminary examining judge considers highly credible that the urine samples taken from Alex Schwazer on January 1, 2016 were altered so that it tested positive and thus obtain the suspension and discredit of both the athlete and his coach, Sandro Donati”, Judge Walter Pelino writes in an 87-page writ.

Furthermore, Pelino considers that “there is solid evidence that in an attempt to prevent this from being demonstrated, a series of crimes were committed.” Among them, the obstruction of the procedure by the International Athletics Federation (IAAF) and the World Anti-Doping Agency (WADA). They lied, according to the judge, about the amount of urine preserved. They refused to hand over the samples and pressured the Cologne laboratory to follow their instructions. The judge also proved irregularities in the chain of custody of the bottles in which an “abnormal and non-physiological” concentration of the athlete’s DNA was found. From the beginning, the investigating judge worked on the hypothesis that this concentration was due to manipulation of Schwazer’s urine. And so he has made it clear in the car in which he files the athlete’s criminal case (which in 2016 was sentenced by the CAS with an 8-year suspension). “Not only does the manipulation hypothesis explain how and why an abnormal DNA concentration was found, but it is the only convincing explanation.”

Schwazer’s doping story is the closest thing to a spy novel. For him and his coach it has been a nightmare for five years. Not to mention that they could not compete in Rio and that they will not be able to do so in Tokyo either (unless the International Olympic Committee grants them a measure of grace). An IAAF doctor knocked on Schwazer’s door on January 1, 2016, a holiday, for him to undergo a surprise doping test. This control was ordered on December 16, 2015, the day the walker testified in the criminal trial against Pierluigi Fiorella (Italian federation doctor) and Roberto Fischetto (IAAF anti-doping officer), who allegedly pushed Schwazer and other athletes to wear EPO before the London Games. His statement contributed to the first degree conviction of both (they were later acquitted on appeal). In a wiretap, Fischetto even said “This crucco [alemán, por el apellido Schwazer] Has to die”.

The Cologne laboratory tested Schwazer’s samples and found them negative. This was also registered in the ADAMS system (the sportsmen’s web environment in which, among other things, they report their location and know their doping control results). They did not consider suspicious the value of 3.46 of epitestosterone (external testosterone, that is to say, not produced by the organism) that they found. The normal ratio of testosterone to epitestosterone is 1-1 and the norms allow up to 1-4. “It was such a minimal amount that they attributed it to alcohol consumption [día siguiente a la Nochevieja] since alcohol releases a greater amount of testosterone ”, explained Donati.

The IAAF, however, did consider that value suspicious and asked to analyze the samples with a more expensive test (the IRMS) that allows testing and detection of synthetic testosterone. The one that, finally, was found in Schwazer’s urine and certified positive. Donati always wondered why the international federation asked to analyze a sample that tested negative and why it took more than a month (from May 13 to June 20, 2016) to communicate the positive to the athlete (something that is usually done to athletes). few days). Donati always suspected that the samples had not been tampered with and the defense attorney requested that a DNA analysis be performed.

The request for the evidence was accepted by the prosecutor and requested by Judge Pelino who, in the car, recalls how it took two years to get the Cologne laboratory to deliver samples A and B to the two experts named by him. He had to request an international rogatory twice. WADA and IAAF did not want the Schwazer vials, which eventually evidenced an “abnormal” DNA concentration, to leave that laboratory. The judge in the car accuses the IAAF of obstruction in the procedure and of lying about the samples and the amount of urine they contained. They even tried to sneak unsealed jars from the experts.

In an exchange of emails recorded in the judge’s brief, the IAAF lawyer in Lausanne (Ross Wenzel) and the IAAF anti-doping chief (Thomas Capdevielle) speak of a plot against AS [las presuntas iniciales de Alex Schwazer] and they pressure the director of the Cologne laboratory so that the samples do not leave there. The delivery was ordered on November 12, 2016 and, however, they were not delivered until February 7, 2018. “The jars [que normalmente se identifican con un código numérico] they were named after the town of Schwazer [Racines, 4.000 habitantes], so anonymity was not guaranteed […] The chain of custody has proven inconsistent: Hans Geyer, director of the Cologne laboratory, tried to give the experts a sample, which he claimed to be B, unsealed; the A wasn’t sealed either; the amount that was inside did not correspond to that previously declared… ”, the judge wrote after the preliminary investigation.

Once the samples were obtained, the experts found a Schwazer DNA concentration too high to be considered physiological. In sample A there were 350 pico-grams; in B, 1,200. The judge thus ordered two expert studies to first rule out that this high concentration depended on a “high effort” [lo hizo recogiendo con análisis de 50 atletas de alto nivel] and then to scientifically demonstrate that DNA tends to go down and not up over time and due to “heat stress” from freezing and thawing. The eight tests that Schwazer underwent during the investigation recorded 295 pico-grams. The samples from the 50 top-level athletes showed a 70% drop in DNA concentration after six months of collection and an 87% drop after one year. How was it possible that between January 2016 and February 2018 the concentration of Schwazer DNA, instead of going down, went up? How was the “noticeable divergence” (more than 3/1) “between sample B and sample A explained?

The judge explains in the order that the manipulation is “the most concrete, convincing and coherent hypothesis” also due to the “deficiencies” in the chain of custody that “have made it possible” at any time. “WADA and IAAF do not tolerate external controls and are prepared to prevent them to such an extent that they are capable of making false statements and committing procedural fraud. It is a machine to discredit others without any qualms ”, writes the judge.

“Apart Giovanni Malagò [presidente del Comité Olímpico Italiano], who has tried to lend a hand, I have found the silence of the world of sport. It has been five years of very hard struggle, I would have liked to feel more support ”, said Donati. It is not the first time that one of its athletes has been the victim of manipulation. 22 years ago Annamaria Di Terlizzi’s urine sample was manipulated with caffeine to make it test positive. The coach was a collaborator of the WADA (World Anti-Doping Agency) for 12 years and helped uncover the database found on the computer of an Italian IAAF doctor with hundreds of abnormal blood profiles of athletes from all over the world, especially Russians . In March 2016, WADA sent him a letter to terminate his services.

“WADA has noted with grave concern the comments made by the Bolzano Court judge on the Schwazer case. Although the decision is long [87 folios tiene el auto] and it will have to be evaluated in its entirety, WADA is dismayed by the multiple reckless and unfounded accusations made by the judge against the organization and the other parties involved in this case, ”reads the statement published by the world anti-doping organization past the 11.30 pm on social media. He also claims to have provided “strong evidence” during the trial that was corroborated by independent experts and “rejected by the judge in favor of unfounded theories.” He adds that once he has analyzed the sentence, he will consider “all available options, including legal actions.”